My system is installed in English, regional format English(Switzerland) cause that's how I want my system to work.

But apparently Windows 11 is not able to manage multiple languages... My "main" widget with the news etc. is appearing in German although no German pack or setting is setup or installed. Pretty sure it's based on my location but hey, breaking news, everybody doesn't speak German in Switzerland. So I'm trying to set it to show up in French but it just doesn't work, trying to set the language in the widget settings... doesn't matter it won't show it in french... (this was working perfectly on Windows 10) after playing again and again with the settings it is now using English, kind of... because when I want to hide an article for example, it is asking me question in German again !

Microsoft please.... How is it so hard to make that kind of thing work ? When it was working perfectly on previous version ? Especially in the LATEST build (22H2) of Windows 11... It is ridiculous that this kind of thing doesn't work in 2022, in my opinion...

Look at this mess... 3 different languages on the same App (that's the MS Store...)

Has anyone found a workaround for this problem yet ?

I do not have this version of the system, but in Edge on the start page you can change the language , and region.

Does this synchronization work?

Nope.. it just change it for Edge and the session you're in
0 Likes
Reply

Currently, the latest version of Windows10 also has this behavior (I can change the language and region on the Edge Start page, but unfortunately this does not affect the [News and Interest] implemented as a Windows task)

Your request is justified!

I could now change the settings, previously it did not work. 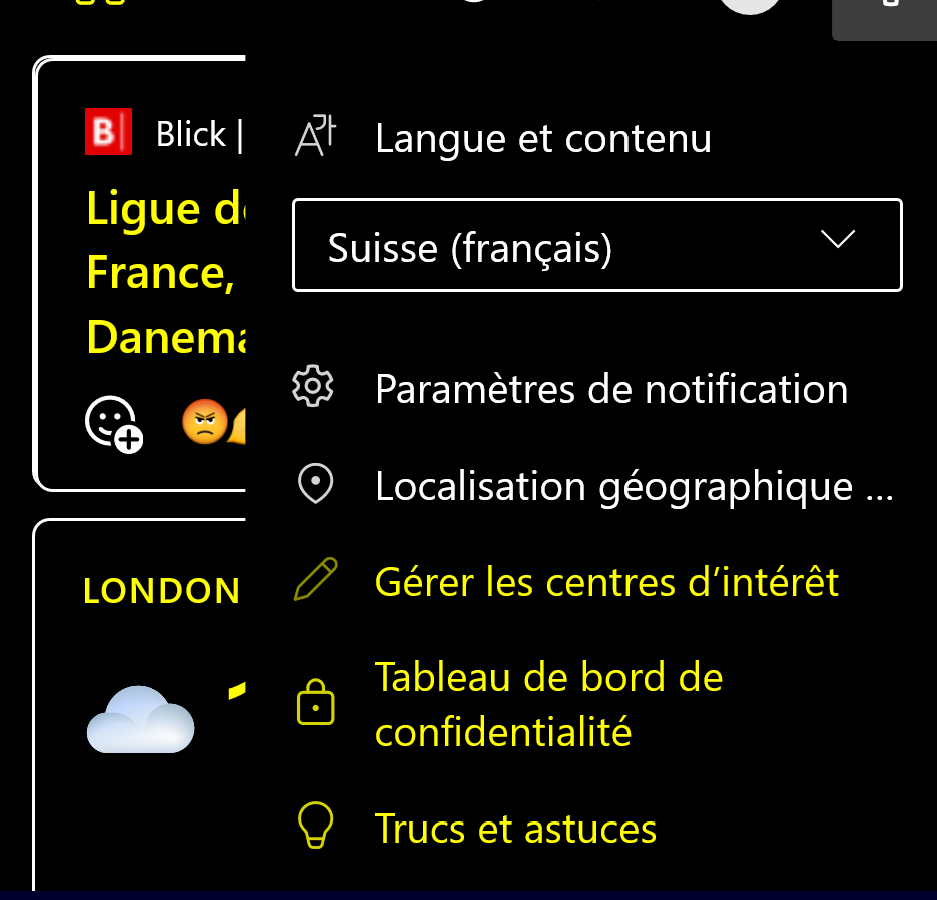 That's still on windows 10 I guess ? On Windows 11 you have to go through "Language & Region" in the settings and it doesn't work....

Since my last post, it actually does whatever it wants... some days it's in german some other in english.... but never in french...

In News & Interests I changed the default location to London, but maybe change to Paris? 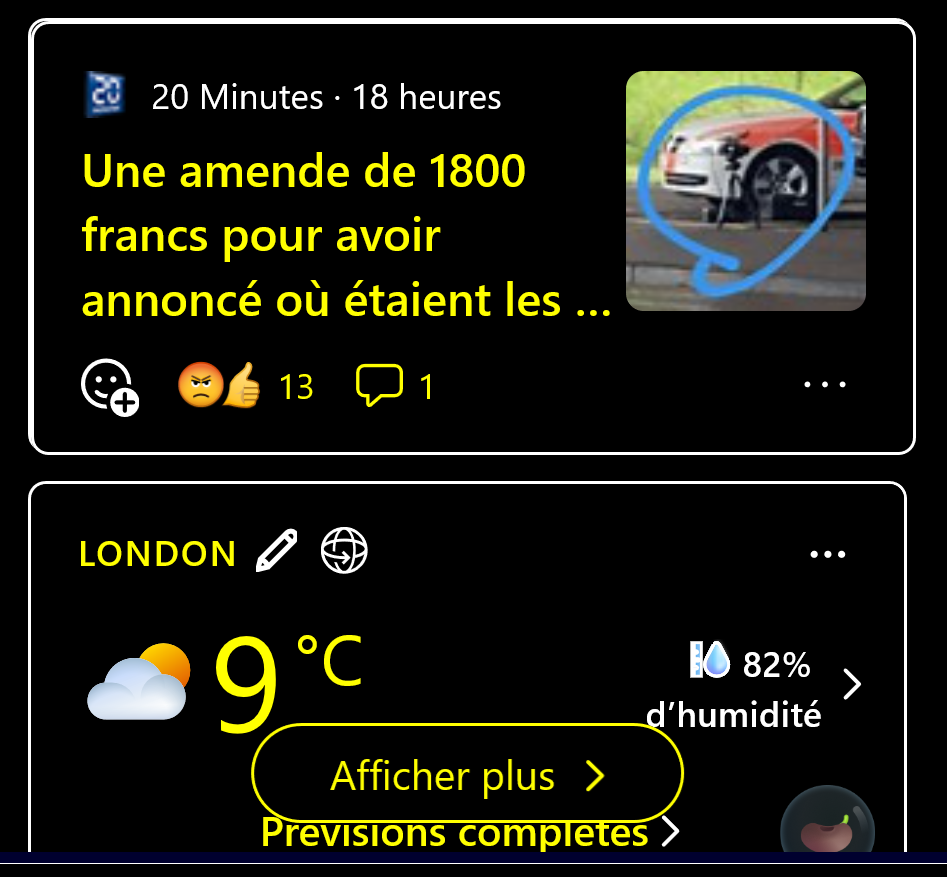