So, I have been using Windows for about 30 years. Ever since Microsoft introduced multilingual language support into their OS it has gone through varying degrees of success in working but has never, ever worked reliably.

I even used to run IT at multi-lingual publishing agency in the 90s, where we published multiple customer loyalty channels for Microsoft, where we had to use a plethora of third party language tools to work around these failures.

30 years later and they're still getting basic stuff wrong. The latest is as follows:

When connecting to my Windows 11 PC, using RDP on a Mac I am getting the "Input Methods" area, in the System Tray, on the remote system showing that I am using "ENG US". However, when I click on this because I don't even have English US installed as a supported language on either my Mac or the remote system, I am shown that Windows seems to think I have two languages installed, English (Australia) and English (United States)!

2. Menu shows two languages installed, when... on to the next image... 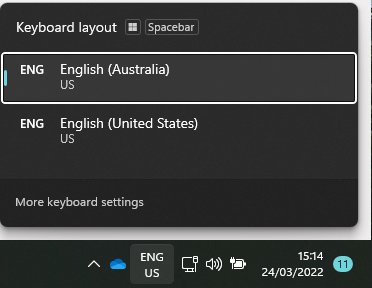 Time & language > Language & region showing only "English (Australia)" as installed. Literally no reference to "English (United States)" at all! Not even for the display language. 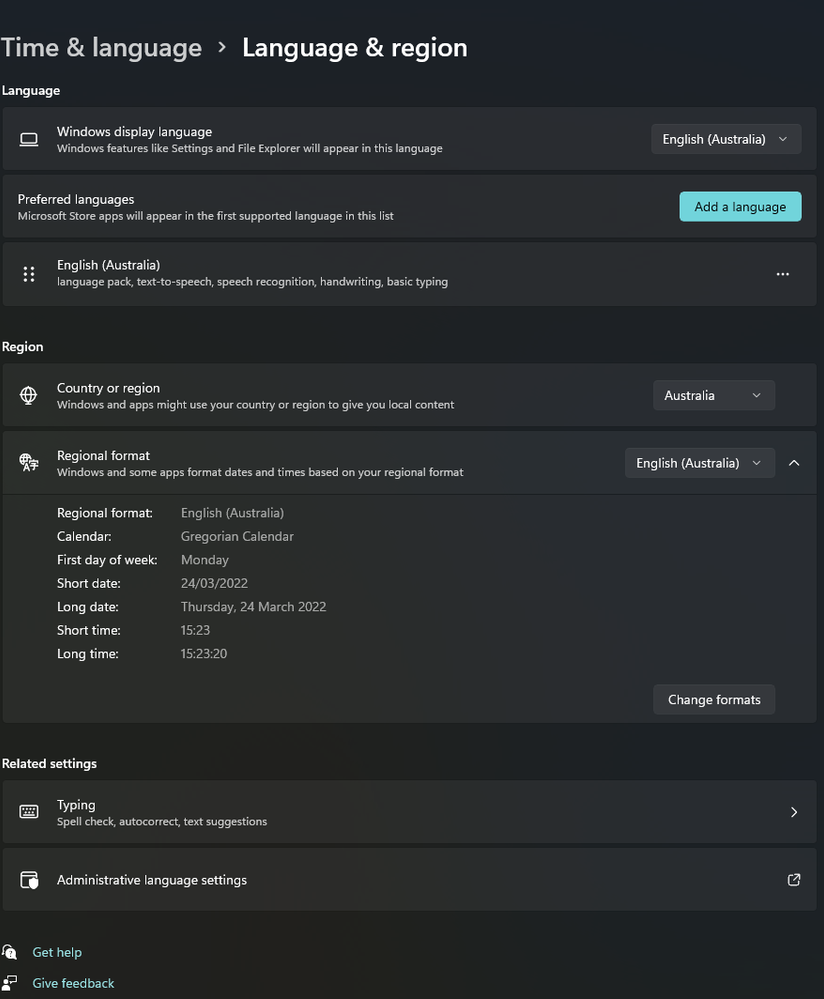 This is because, here in Australia, we use the same keyboard as is used in the United States. However, it seems that Microsoft are incapable of correctly handling this in the OS, after all these years. Yes, I have posted about this frequently, since I moved here almost 20 years ago...