lately I was having problems with my pc about the overload and the higher uses of the disk, and I've found out that the problem was part of the latest update which was released on the windows update, yet I hadn't no ideia before that this problem was causing by the lastest updated, so for being sure which my computer hadn't none problem with the disk, I've used the command on the CMD painel "chksdks" but before I use this command on the CMD, I could see two resources on my pc, one of them it was the new news and interests on the my Windows 10 taskbar and another it was the panel up the configurations meno with onedrive, windows update and informations about rewards as too my profile picture on the top of this menu but after I passed this command at the CMD "CHKDSK /R /F" I've lost these resources, my pc is working fine and also my HD but I've lost these two functions on my pc. I would like to see them again.

Thank you so much.

In down you can see the pictures about what I'm talking about.

thank you so much for the help. 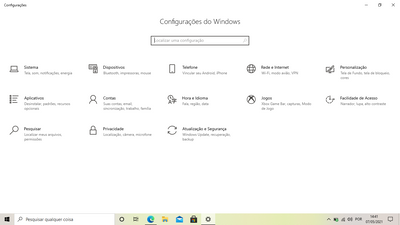 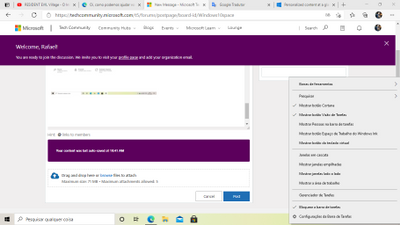 Thank you so much and How can I do it?
0 Likes
Reply

In Windows settings - apps-settings - startup should be enabled OneDrive.
In edge profile settings when you open - enable sync for your account on all devices. if you did not understand something, please write!
1 Like
Reply

Thank you so much, I tuned on it again, Now I will wait to see this resources again.

Please restart your computer!
Good luck and thank you
1 Like
Reply

I've already restarted my computer but I can't see them yet.
0 Likes
Reply

Please search for the OneDrive app on your PC and go to run as an administrator I don't see another option.
1 Like
Reply

Now I checked because I also did not have One Drive on the taskbar, but just search in Windows search and click and it starts automatically without additional admin privileges with me it works.
1 Like
Reply

I'll ask if your Windows has synchronization enabled with your Microsoft account for this pc, please check your Windows account settings and if Windows Hello is configured because it helps with security!
0 Likes
Reply

As you can see in this picrute: 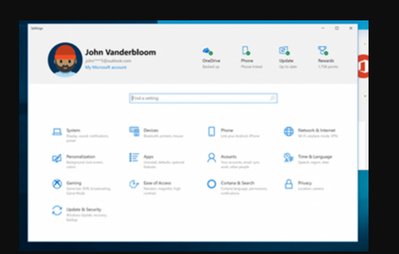 otherwise I can't see the same on my pc: 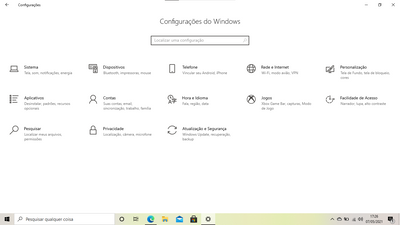 Neither the news and interests widget on my taskbar, my windows is already up to date

My one drive is working properly

Please check in bing settings, but it may show up after the next update, but I do not know .
1 Like
Reply

As you can see I have this updated installed yet.

Ok thank you so much. I will wait
0 Likes
Reply

I see that you have the latest update congratulations - this is an optional preview update. I also have on many computers and some have these additional icons, and others do not, so it is not predictable, but does not affect the work of the computer
1 Like
Reply

Yeah I know that but as I said, before I used the chkdsk command I could see these additional icon and also the configuration bar, but after I use it I've lost both of them, I know this doesn't affect the work but I would like to get them back.

Already close to 21H1 I'm also waiting - everything will work!
1 Like
Reply

I reinstall windows 10 from DVD and I got this message "We couldn't install Windows 10" twice.