Hey guys I'm not sure where to ask about this problem because it seems like a Windows 10 issue but I'm not an expert. 3 times now I have tried to launch Division 2 on my computer and the colors all get washed out with a grey white tint and the only way I have found to fix it is to reinstall windows. I have tried reg edits to reset my monitor profile in windows and reinstalled video drivers using DDU but that had no affect.

Update: I plugged in my monitor by HDMI which fixed the colors but as soon as I launched Division 2 It broke the color settings on that HDMI port.

Update 2: I put the game in a small window and if I move it to my 2nd monitor it fixes the issue but as soon as it goes back to the main screen it goes grey again.

Update 3: It is the option in the game called HDR if I turn it off all is well!

Update 4: The same fix does not work with the Displayport Connector so those are colors are broken until I reinstall.... 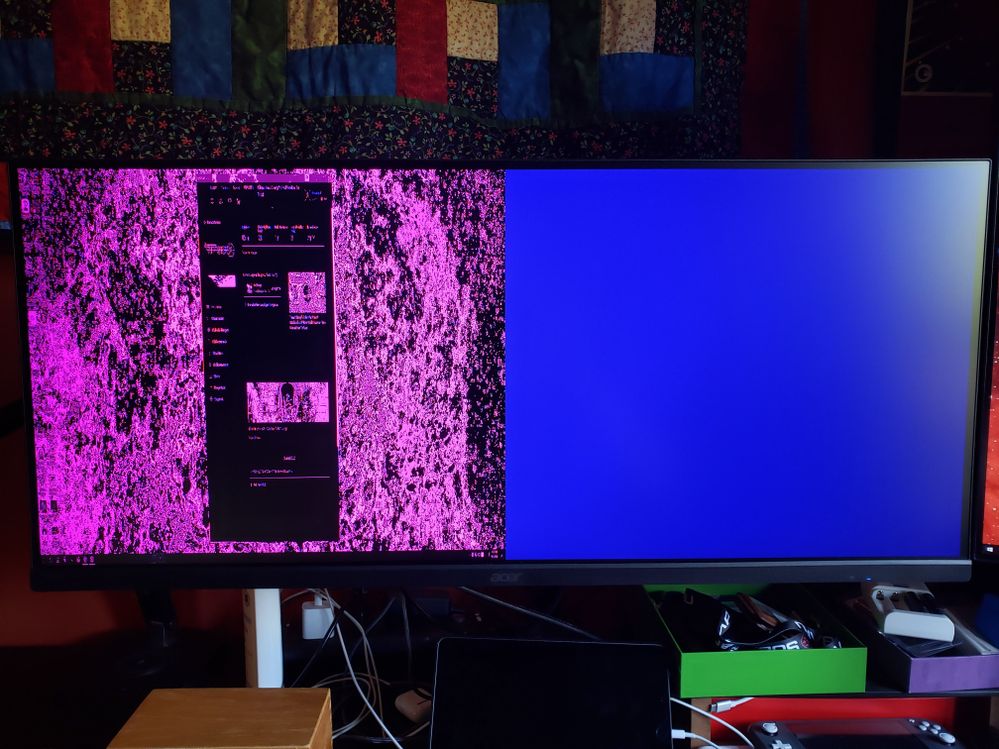