I often run multiple tasks on my machine, I have two video cards installed, a GTX1080 and an RTX3090.

Commonly I will have a game running on the primary monitor, and have web browsers or videos playing on the secondary and tertiary screens.  This overloads the 3090 and creates stuttering in the audio and video sometimes.

Normally Windows 10 has an option that allows you to specify which tasks are assigned to which video card.  BUT Windows 10 is not properly giving me proper options to divide tasks between video cards.  Traditionally, this is handled through the 'power savings' and 'high performance' options in the Graphics Settings area of Windows.  I have updated windows to the most recent version.

Here are the options I am given.  - I have also included a picture of the device manager to show the video cards are properly installed. 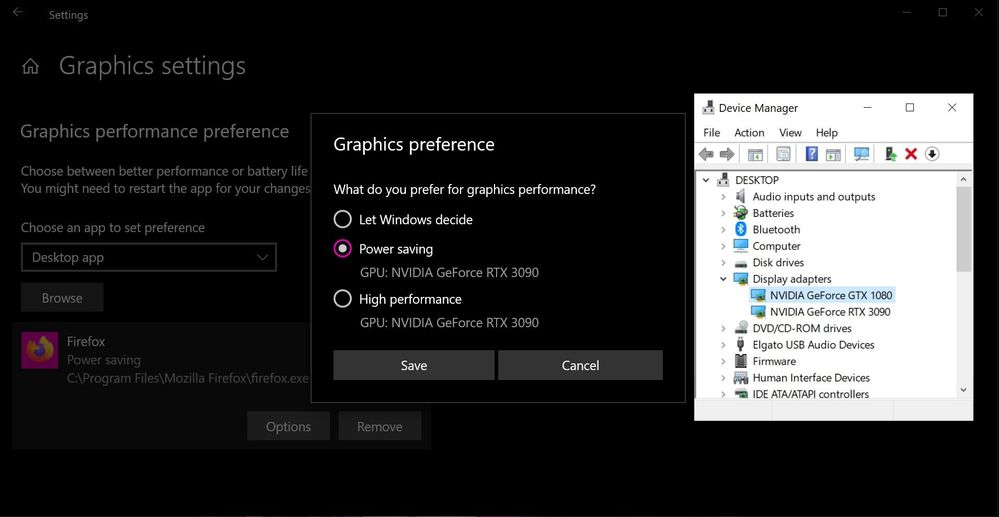 As you can see, Windows 10 has decided that the 3090 is best for everything.  There are no options I can find in windows to change this choice.

As you can see, most tasks are being sent to the 3090.  Ideally I would like to assign most tasks to the 1080 and reserve the 3090 for the tasks that require more performance.

This last image shows an example of the loads i commonly put my computer under, showing that I can easily max out the 3090 and that this is a legitimate issue. 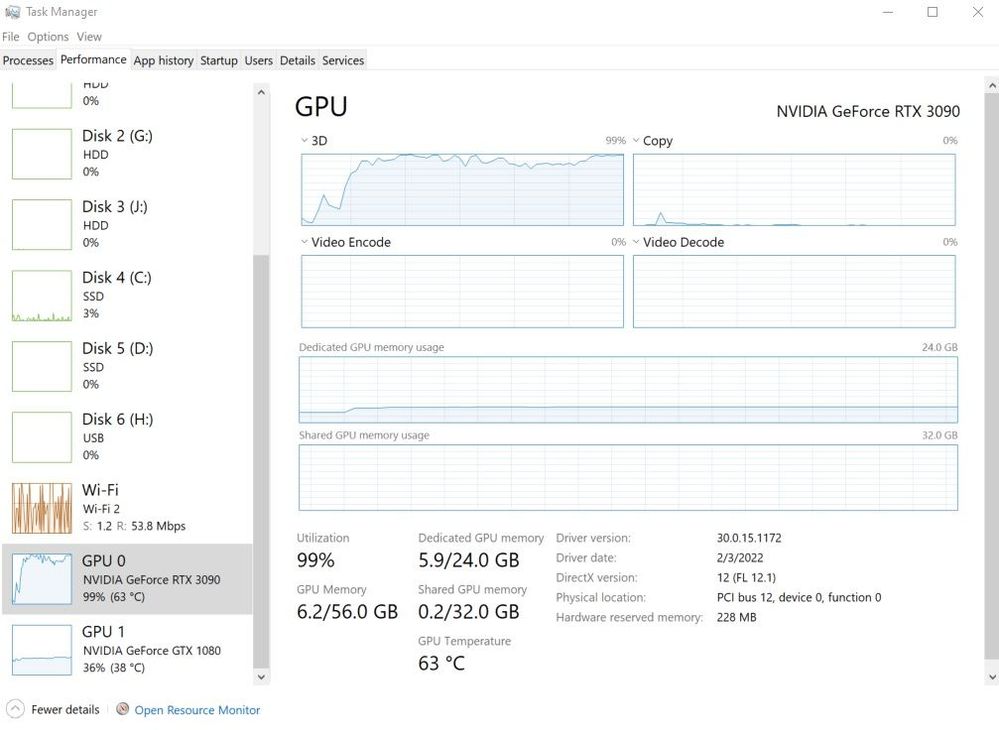 Windows 10 was working on an option in a 2020 build released to the 'windows insiders' group which added another option to allow users to "Specify GPU" this was in development build 20190, but this was never released to the general public version of windows. 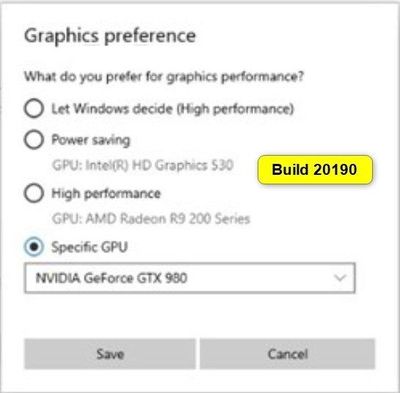 What I need is a way to tell windows to use the 1080 for either the 'Power Saving' or 'High Performance' modes, or access to the "Specify GPU" option so I can manually divide the load on the GPU's on a per-application basis.

Any help is appreciated!

Have you tried setting the preferred GPU in it's configuration tool? Instead of letting Windows decide, go to the Geforce Control Panel and set the correct GPU in 3D settings > Manage 3D Settings and choose the application and GPU to be used.
0 Likes
Reply

@dxnnieYes, the option in the Nvidia control panel only applies to applications which use CUDA or are using OpenGL rendering.  Sadly windows will still try to load up applications on the 3090 instead.  currently all the applications which are seen as running on the 3090 in that status monitor, have been told to run on the 1080.  But because windows defaults to the 3090 for everything, it loads the programs to the 3090 instead of allowing me to shunt weaker tasks to the 1080 and save the 3090 for the programs that need the power of the newer card.

It appears that windows is using the card placed into the first slot as the card for both the 'power saving' and 'high performance' options by default. So there is no intelligent picking even going on. Windows is just picking whatever is in the first slot, and not even allowing proper access to any GPU that is in secondary slots.