I've noticed that Windows Update can be somewhat inconsistent about driver updates when they're enabled. Some device drivers seem to be consistently updated by WU as soon as updates become available, but others do not. To test, I've setup a machine with an nVidia GTX 1080 GPU. Out of the box, Windows 1803 autoconfigured the device and installed a driver from October 2017. The current driver in Windows Update is from March 2018, but even after several weeks it never gets installed. If I manually select the device in Device Manager and choose "update driver", it will download and installed the most recent driver immediately.

Is there a setting that controls how often specific device drivers are updated?

in latest version of Windows 10, the update process has improved substantially and also hardware drivers appear separate from the rest of Windows updates 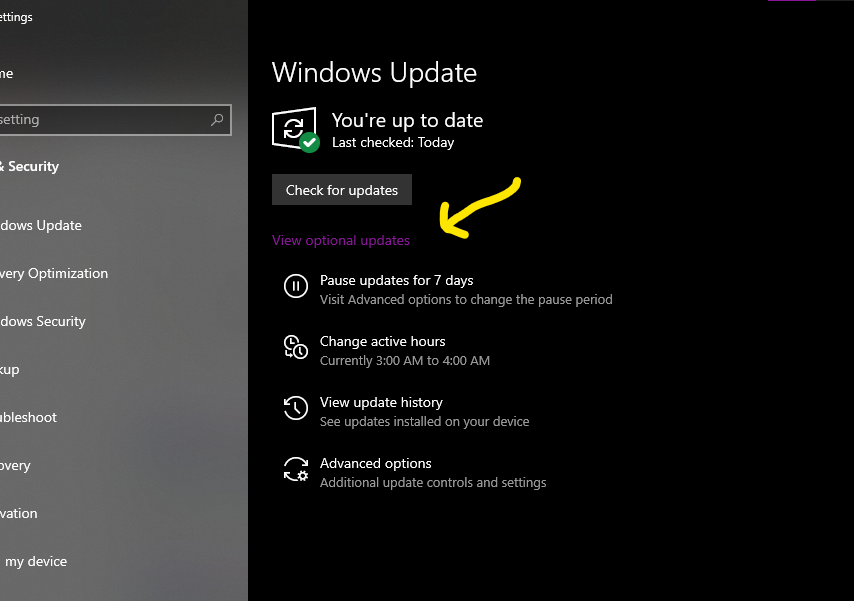