Here is a list of the top cross-functional flowchart improvements we have made in Visio 2010:

Click on the blue arrow and voila, you have a new swimlane inserted! 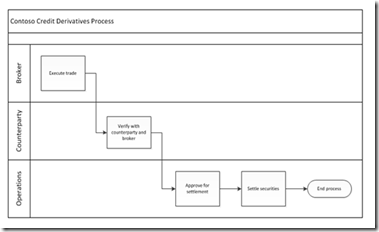 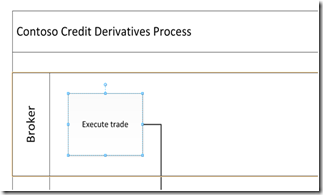 Second, you can easily reorder swimlanes and the shapes they contain will come along!

In Visio 2010, the routing engine looks for these overlaps and adjusts routes to avoid them. If necessary, Visio also moves the glue points of dynamic connectors to different sides of shapes to avoid the boundary. 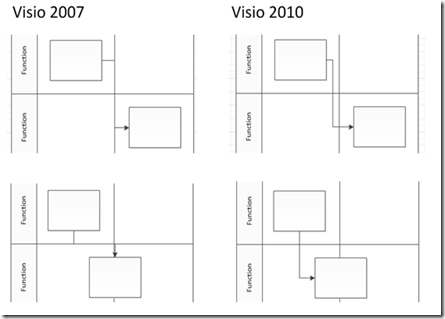 In future posts, we will introduce more improvements for flowcharting, many of which will also benefit cross-functional flowcharts. So stay tuned!

Please use the Send a Smile feedback tool or comment on this post if you have further thoughts on the cross-functional flowchart feature in Visio 2010. We would love to hear from you!