Business Process Modeling Notation (BPMN) is a standard maintained by the Object Management Group which gives businesses the ability to understand their business processes using a graphical notation and to communicate these processes in a uniform manner. The basic BPMN shapes are similar to traditional flowcharting shapes, which makes modeling in BPMN easy for new users. For advanced users, the BPMN standard contains a large number of detailed shapes—more specialized versions of the basic shapes—which are useful when modeling complex interactions or precise behaviors within a process.

Companies have told us that they would like to enforce a standardized notation, like BPMN, within their organization to ensure that processes are graphically expressed in a consistent manner. Based on this feedback, we introduced the following support for BPMN in Visio 2010.

You can find the BPMN Diagram template under the Flowchart category on the New tab of the Backstage View . 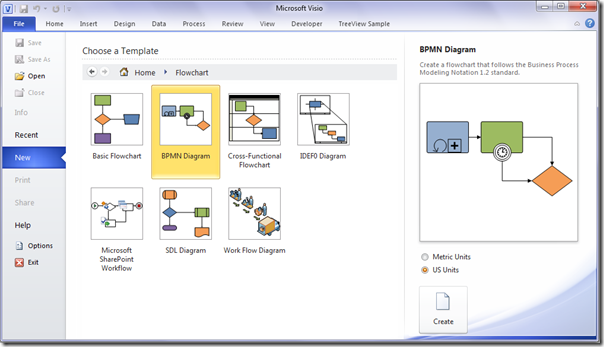 For new BPMN users, all the basic BPMN shapes are located on the BPMN Basic Shapes stencil. For more advanced users, additional BPMN shapes can be derived from the basic shapes or taken from the other BPMN stencils.

You can derive a more specialized shape from a basic shape by right-clicking on the shape. The menu below shows how you would change a Task to a Standard Loop Task or a Multi-Instance Loop Task . Each of these shapes have different graphical symbols to distinguish them and different BPMN properties, or attributes, associated with them. 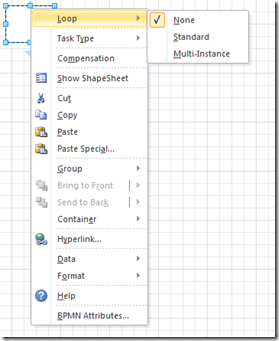 Notice the BPMN Attributes… option located at the bottom of the above menu. This option launches the Shape Data window which displays the shape’s BPMN attributes, properties specified by the BPMN standard. This gives advanced BPMN users to option to edit the complete set of BPMN attributes associated with a shape. 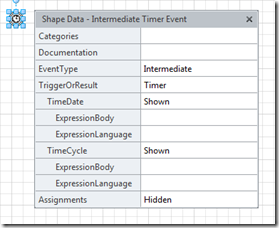 The BPMN standard contains a large number of rules about the visual, structural and semantic properties of a diagram: these rules must be satisfied in order to comply with the standard. The standard documentation is long and it is hard for new users to understand its intricacies. We use Diagram Validation to help users ensure that their BPMN diagrams are visually conformant with the standard.

The BPMN Diagram template includes validation rules based on the BPMN 1.2 standard. This means that you can use the Check Diagram button on the Process tab to check for visual issues with your BPMN diagram. After you validate your diagram, any issues are listed in an Issues window. 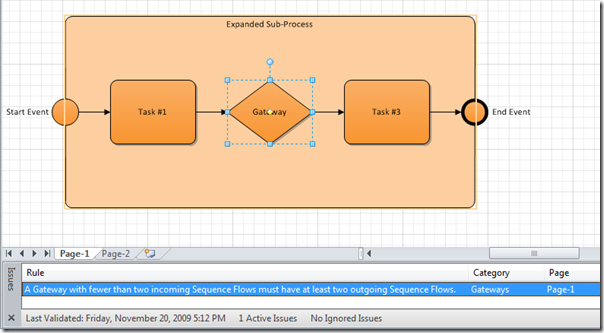 To easily find shapes with issues, you can click on an issue and the corresponding shape will be selected. Once you fix the issues, you can check the diagram again to confirm that there are no longer any problems. This makes it much easier to create a BPMN-compliant diagram. 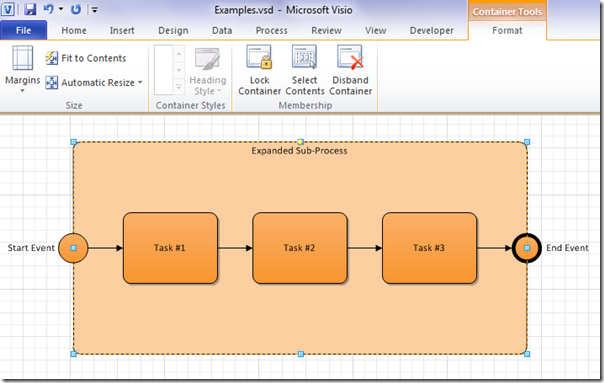 The Text Annotation shape in the BPMN template is a Callout . A callout points at or references another shape, which we call the “target” of the callout. When a target shape is moved, copied or deleted, any callouts attached to the shape will be moved, copied or deleted too.  Thus callouts stay with their target shapes, though you can reposition the callout to any offset from its target. 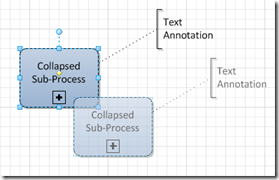 The Pool /Lane shape in the BPMN template allows you to add a Pool or Lane shape to your diagram. This shape is based on our Cross-functional Flowchart (CFF) shape, which means that Pools and Lanes are easy to manipulate using CFF functionality. For example, to add more lanes, you can mouse along the edge of the cross-functional flowchart to where you want to add the lane and a blue arrow will appear. Click on the blue arrow and voila, you have a new lane!

The BPMN template combines a large number of new Visio 2010 features to make building BPMN-compliant diagrams easier. Both new and advanced BPMN users will benefit from the depth of functionality available while using this template.

We are interested in your feedback on the new BPMN functionality. You can use the Send a Smile feedback tool or comment on the blog to let us know what you think.