I just wanted to say happy birthday to the Microsoft Tech Community, a big well done to the staff, including those that have since moved on and of course to all the members.  On the 15th July 2016, what was called the Office 365 Network was launched, which later became the site we have today. 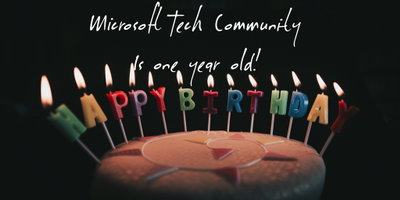 As the founding members start to get their 1-year anniversary badges, it's worth remembering it took people a while to get used to the new site.  The original private Yammer based Office 365 network had been going for three years and this public facing site was a big departure. 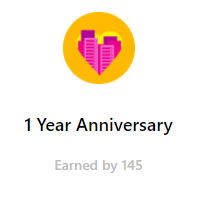 Nearly 68 thousand members later, with almost 16 thousand discussions spread across over 65 thousand posts, I think we can agree it's been a massive success! Here's to the next year and I can't wait to see the One Hundred Thousand members milestone reached!