Turn on suggestions
Auto-suggest helps you quickly narrow down your search results by suggesting possible matches as you type.
Showing results for
Show  only  | Search instead for
Did you mean:
Announcing the Microsoft Tech Community!
By 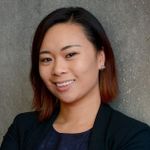 Today we are pleased to announce the launch of the Microsoft Tech Community, bringing multiple communities together in one central location to support discussions and best practice sharing across a variety of Microsoft products and services.  The Microsoft Tech Community is an evolution of the Office 365 Network, growing to support new Azure; Windows Server, and SQL Server Communities and in future many more communities.  The URL of the new community will change soon to http://techcommunity.microsoft.com and redirects will be in place for any existing URL on the http://network.office.com domain.

In today's announcement, not only will you see new communities added but you will also see the following features:

The following fixes to bugs have been applied:

Known bugs and issues we are working on fixing:

Please continue to share your feedback in the new Microsoft Tech Community.  We are scheduled to shut down the Office 365 Network on Yammer on September 15 (read announcement here).  If you have questions about the future of groups that exist on the Yammer network and unable to find them on the new Microsoft Tech Community, please let us know via the Community Discussion space.  Thank you for your input so far, we will continue to make updates to features of the MTC and the best way to stay informed is by favouriting the Community Announcements space to power your feed.

Hi @Deleted thanks for your question.  We are investigating UserVoice integration so you don't have to visit two places to deliver product feedback and suggestions.  Answers.microsoft.com continues to be the place for Microsoft support.  The Microsoft Tech Community is a destination for discussions and best practices on Microsoft technologies.  TechNet remains to be a place for documentation and learning for IT Professionals and MSDN similarly is a destination for Microsoft resources relevant for  Developers and Testers.

0 Likes
Like
Deleted
Not applicable
Thanks Anna. It still means people looking for resolutions to problems are going to have to search across a number of sites and potentially sign-up with differing credentials... (Some use MS accounts, some use Facebook, some user others...). I understand and appreciate the different focus' of each of these sites, but the reality is that the differences are essentially lost/meaningless when people are trying to resolve issues. The first place that comes up with the closest answer, is likely to be where the conversation continues, regardless of appropriateness.

A person bug-bear of mine is SharePoint 2016 and SharePoint Online. There's a thriving community in the TechNet/MSDN SharePoint 2013 (and older) forums. But SP2016 has been dropped from the MSDN forums and there's only a single SP2016 forum on TechNet. SPOnline "technical" focus seemed to move to Yammer (Office 365 Network), which is now moving to the new Microsoft Tech Community and has a Developer sub-forum, which kinda goes against what you've stated above.

I think if you're going to continue with quite separate support services, that are partitioned based on focus, rather than just product, then this needs to be enforced and processes need to be put in place to push questions/content/users into the right environments. The different focus' need to be clear and obvious, with perhaps some kind of unified nav/guidance to point users in the right direction (e.g. the Community Nav in MSDN should include links to other support services) - I see TechNet tries to do this, though it's "Other Microsoft Communities" links now just go to answers.microsoft.com

Sorry, just a bit of a rant from someone who already has too many RSS feeds, too many communities, too many support sites, too many emails...
5 Likes
Like

Hi @Deleted totally hear you! Microsoft does have a habit of spinning up new destinations to meet specific purposes but when looking at the combined impact it feels fragmented.  In the case of the Microsoft Tech Community we have cross-Microsoft support to make this the one community for technical conversations about Microsoft products and services with IT professionals and experts.  Likely the Microsoft Tech Community will evolve and perhaps further down the line it will be the destination for Developers and other roles too.  With regards to MSDN and TechNet, we are evaluating if we can join forces to create one community but for now, our efforts are focused on this community and making sure it meets its goals.

4 Likes
Like
Deleted
Not applicable
Cool, thanks Anna. Glad to hear there is some thought and long term plans for this!
0 Likes
Like

I've search through my settings, how do I activate my green avatar ring?

You should see it now @Jason Warren!

Quick question, The posts from Yammer ...:

1) will be migrated to the MSTech, or

2) They will stay in the old Yammer Group, or

3) They will be deleted

I couldn't find an answer for this.

To provide some more info that I have mentioned previously on the Office 365 Network for additional context:

Hi Anna, great news! What about the Spanish content? Can I write in spanish? I'm from Argentine and my main contributions are in Spanish.

Sorry if this is a dumb question but what is the technology behind the techcommunity sites? It looks good.

It's based on Lithium Technologies and their Lithium Communities product, if that's of help.