In a previous post my friend and co-worker Dale introduced the new Dashboard capability in System Center Operations Manager 2012. He showed a screenshot of a dashboard containing a Performance Widget, but now I want to show you how to configure your own Performance Widget.


(This post assumes that you have already created a dashboard using the instructions in the previous post , and that you have at least one cell that does not yet have a widget.)


Adding a performance widget to a dashboard


Step 1: click on the “Click to add widget…” link in an empty dashboard cell. This will open the New Dashboard and Widget Wizard .


Step 2: Now you will see the widgets available. Select the performance widget.

Step 3: After giving the new widget a name, select a group of objects to display performance data for:

For instance, the All Windows Computers group: 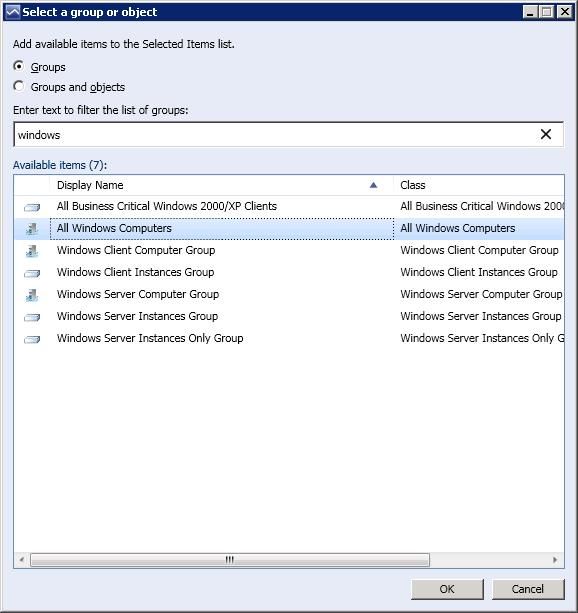 Step 4: Select the performance counter(s) that you want to see: 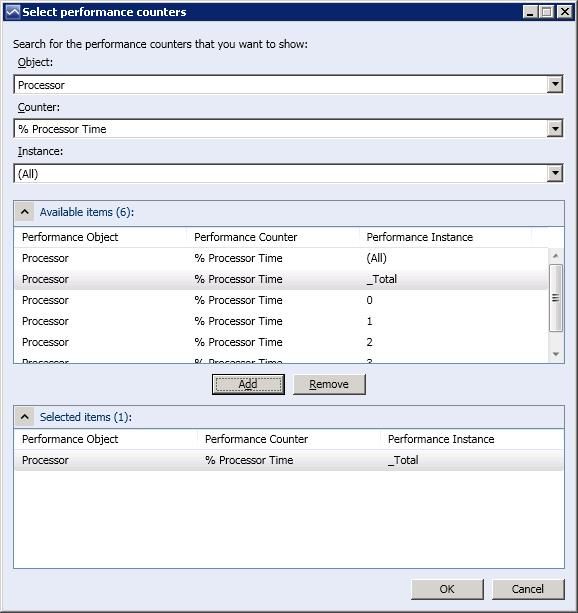 In order to make it easy to get a widget that shows data on the first attempt, the list of available performance counters is scoped to only those counters being collected for the objects in the group you specified in the previous step.


You have the ability to select more than one object/counter/instance to show. Just find your additional counters and add them to the list of Selected Items at the bottom.

Step 5: Specify the time range that you want to see data for. 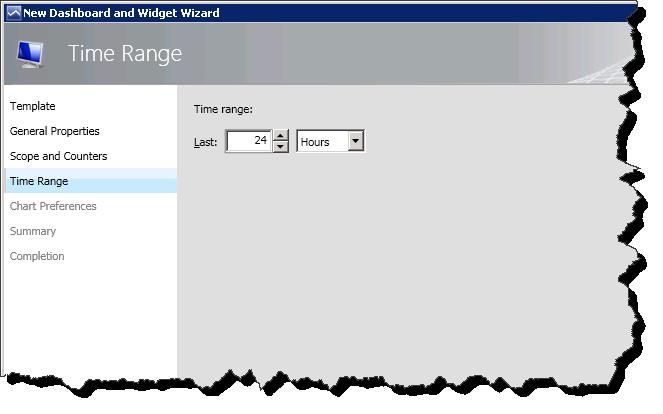 The chart is optimized to show no more than 100 data points per line to improve querying and rendering performance. It is important to consider this when configuring the time range for the following reasons:


Step 6: Finally, configure the way you would like the chart and legend to display. 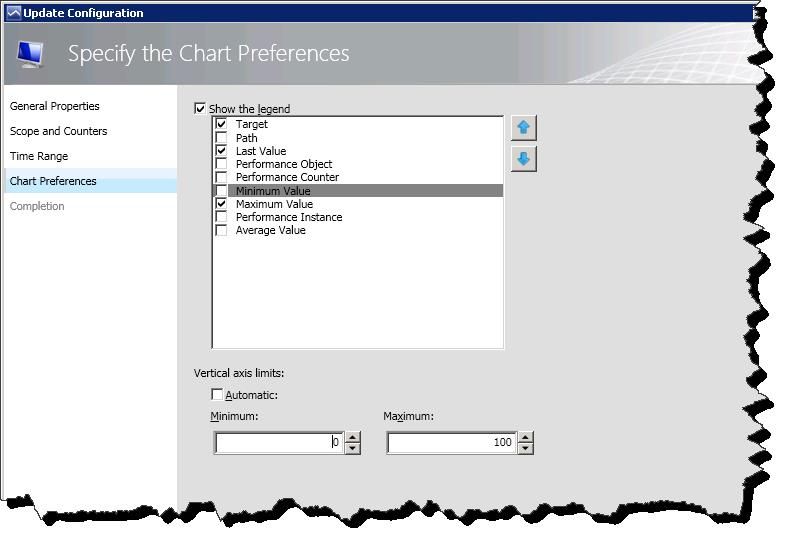 In the legend, you can specify which columns to show. If you select a column like Maximum Value, for each series the maximum value of all the displayed points will be shown in the legend. 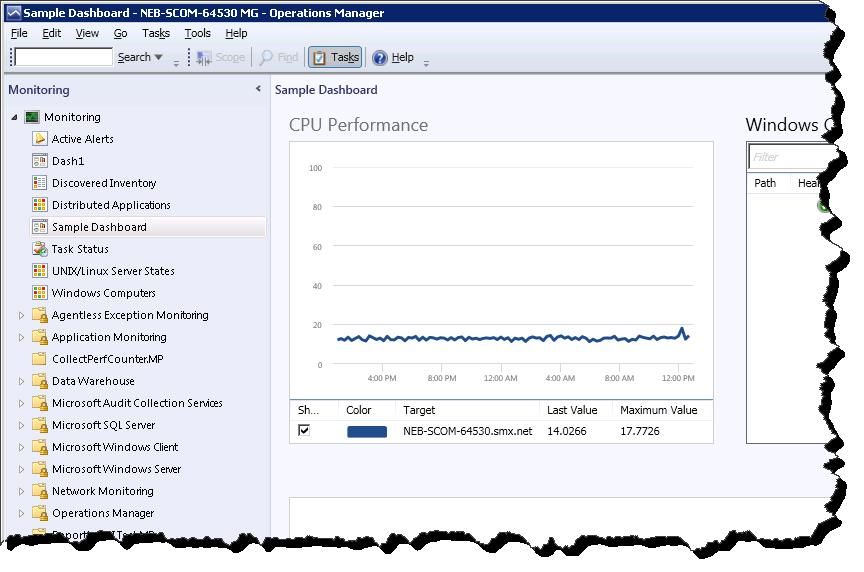 
Keep watching the Operations Manager Team Blog for more information about our out-of-the-box dashboards, how partners will ship their dashboards and the new widgets!