One of the challenges with creating a completely deployable service in the past has been the lack of ability to sysprep SQL Server.  That was addressed with SQL Server 2012 so that you could sysprep a SQL Server cleanly and include a sysprep’d VM template in a service template.  Now with SQL Server 2012 SP1 CU2, we have expanded the number of features that can be sysprep’d!  Below is a blog post by Robert Hutchison who is now a PM with the SQL group, but used to be a PM on the System Center team.  Thanks for writing this up Robert!

Hello everyone, my name is Robert Hutchison and I am a Program Manager on the SQL Server team. Today I wanted to let you know about some improvements we have made to the SQL SysPrep support in SQL Server 2012 SP1 CU2. These improvements will allow you to leverage business intelligence and other SQL Server features in the VHDs you create for use on-premise and Windows Azure VMs.

The following screen shows the set of features supported by SQL SysPrep in SQL Server 2012: 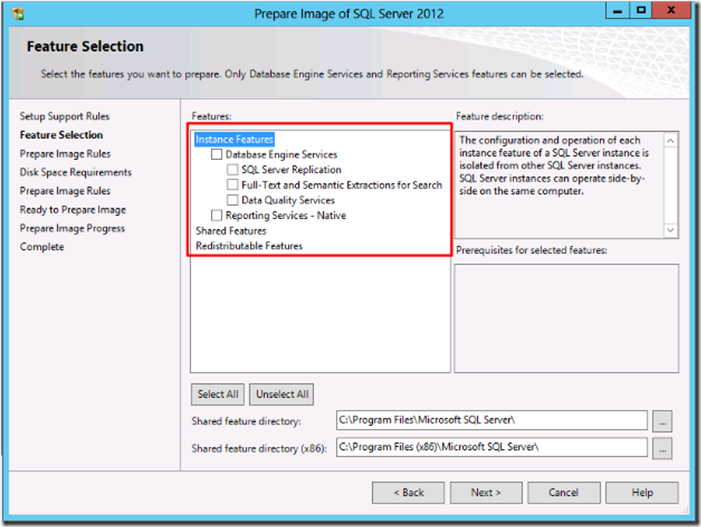 As you can see from the screen shot, the set of features is limited to Instance features. 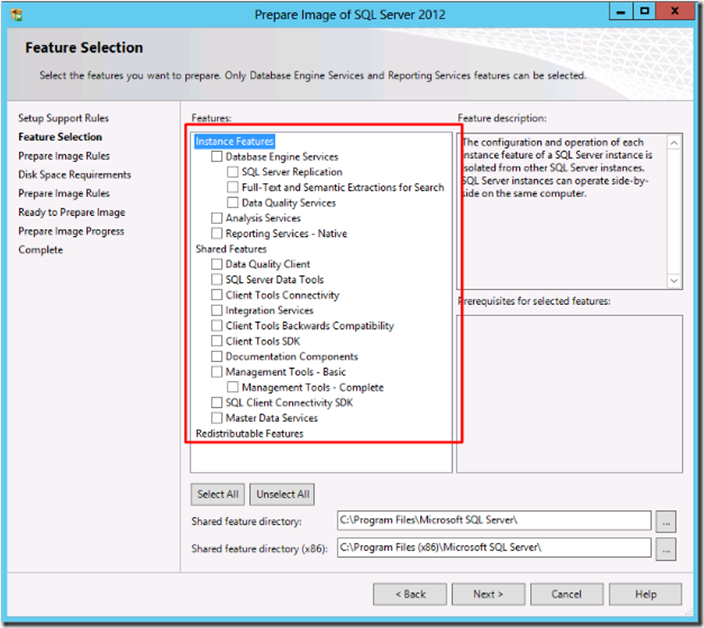 The set of features supported for SQL SysPrep scenarios has been greatly enhanced to support some of the most requested features including Analysis Services, Integration Services and shared features such as Management Studio. This should make SQL SysPrep useful in a wider set of image preparation scenarios.

How can I use these new Sysprep features? 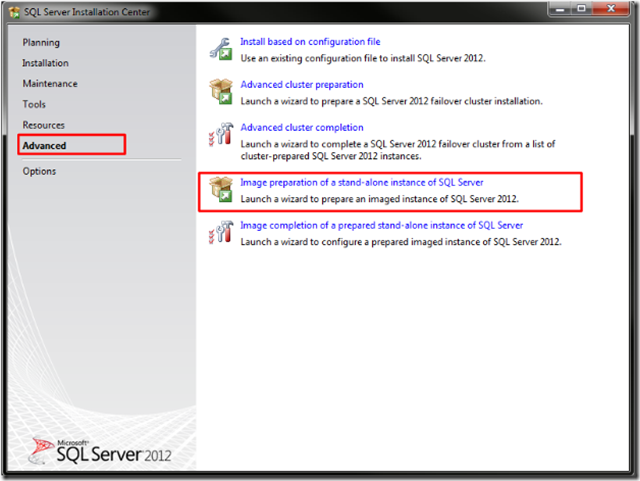 The new SQL SysPrep functionality provides more image preparation options in cases where SQL Server is to be installed on the prepared image. This allows Windows images to be prepared that have SQL Server features prepared in advance. This provides streamlined process for on-premise as well as Azure VM image provisioning scenarios.

The following links provide more details on the topics discussed:

For more information on creating a slipstream package that includes a cumulative update, please refer to the following excellent blog post by our team member Ahmed Ibrahim: