In my last post I gave an overview of some of the components that make up Data Warehouse and Reporting. One of the components of the DW is the Management Pack Synchronization. Because the structure and data within the DW is driven by MP’s within Service Manager we need to be able to regularly synchronize them into the DW. Later on when we get into looking at actual DW MP’s, the direct correlation with SM MP’s will become more clear.


Note: only sealed management packs will be sync'd from SCSM to the DW.  Exception to this: List items (aka "enumerations") and groups/queues will be sync'd to the DW regardless of whether they are in a sealed or unsealed MP.  More information on how to seal a management pack can be found here: http://blogs.technet.com/servicemanager/archive/2009/12/25/sealing-management-packs.aspx


MP’s that we bring over from SM will be both SM specific and DW specific. The SM MP’s give us awareness of what the Service Manager CMDB is structured like, the DW MP’s drive the structure and processes of the DW databases. In my next post we will dive into what happens after MP Synchronization…Anatomy of DW/Reporting deployment. In the meantime, please leave any questions you may have! 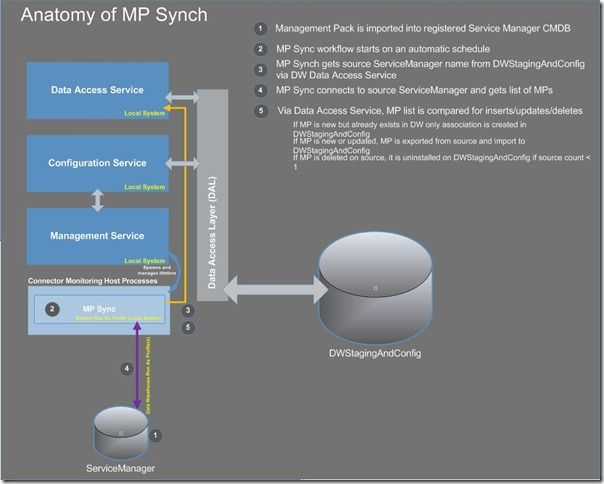