Why You Should Enter The Imagine Cup

Why You Should Enter The Imagine Cup

First published on MSDN on Jul 29, 2014
“It’s a life-changer,” says this Brazilian award-winner. 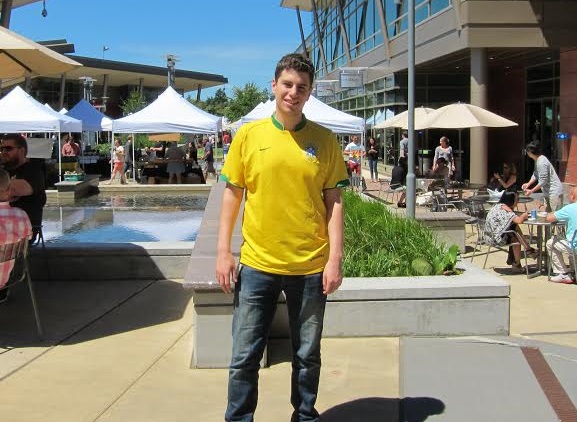 This is a particularly exciting month of July. The World Cup dominated attention spans around the planet. Now, the Imagine Cup community is ready to descend upon Redmond.

Roberto Sonnino has a unique perspective on both Cups. Originally from Brazil, Roberto works as a software development engineer for PerceptivePixel . For years, Roberto was a passionate and persistent participant in Microsoft’s Imagine Cup: Starting in 2005, when he was still in high school, he competed seven times with his brother. They won six first-place awards across various categories.

“There are many similarities between the Imagine Cup and the World Cup,” Roberto says. “People from all over the world come together in one place. We’re competitors but friends. All eyes are on you, as you are on the world stage.”

Roberto interned at Microsoft (in Redmond) in 2010 and 2011. The first was during his college years, while he was attending University of Sao Paulo. He also pursued a graduate degree in France, at Ecole Centrale de Lille. It was a dual degree Roberto says is considered a master’s in the U.S. At both universities, he studied computer engineering.  Roberto says, “The internships made me want to work here.”

Like all futeball fans, for Roberto, this soccer-crazed summer has been full of excitement. He watched the World Cup everywhere he could: games at his home or at those of Brazilian friends, some at work, a few matches at pubs (especially on weekends). For Brazil matches, he says with a smile, “I made a point to be free for the whole duration of the game.”

For this year’s Imagine Cup, Roberto served as a judge of some categories. He reviewed and scored a portion of the projects, and wrote feedback to the students.

Here are four ways the Imagine Cup can advance the course of your career:

Do you want to change the way the world works, connects, and plays the game? Find internships, full-time roles, recruiting events and more at Microsoft Careers , our global web site.