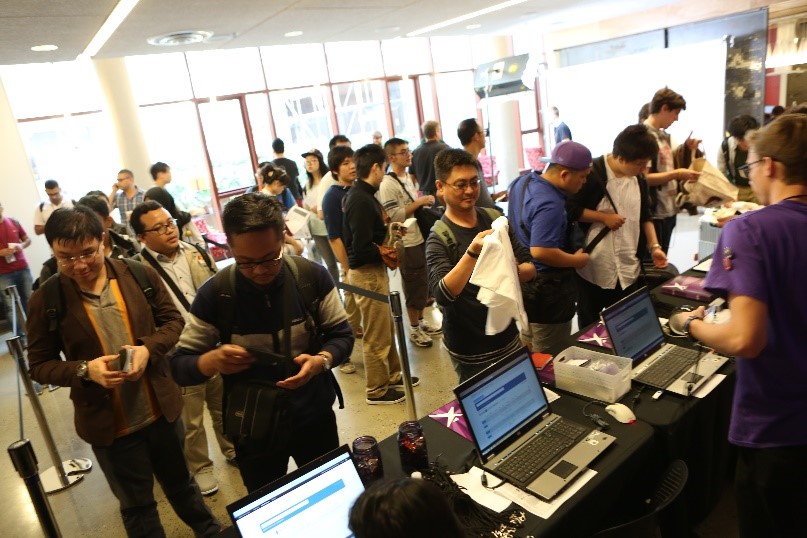 How much sleep have you had the last 72 hours? On average, the Imagine Cup teams we spoke to clocked eight hours of sleep. For the 33 Imagine Cup World Finalists arriving today in Seattle, sleep is a nice idea, a distant memory, a dangling carrot. The 33 teams feel the sleep deprivation acutely, but like anytime where pain and adrenaline mix – the adrenaline wins.

The teams trickle in to register for the Imagine Cup, buzzing and nervous! You can tell they aren’t quite used to superstar status, surprised at being shuffled around by so many people armed with cameras and video recorders. But these kids are pretty much the cream of the crop.

And this is the big time. It’s the Imagine Cup 2015 World Finals! This is where all those hours of hard work will hopefully pay off.

Some teams, like Team SwinDesign , arrived on Saturday. They toured Seattle, saw Pike’s Place Market, and laughed at the flying fish. Others, like Team Thief , are working off four hours of sleep, right off the plane from China. From registration to photo ops, to delivering practice demos, the teams are very busy. Today may not be “game day,” but don’t mistake it for a day off. 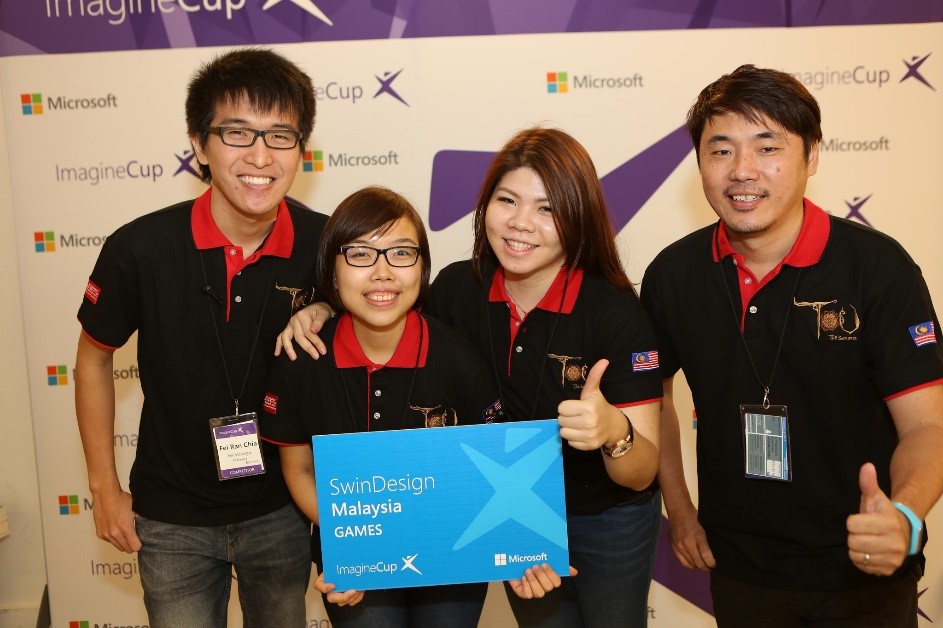 At the afternoon presentation coaching, students get the opportunity to give their 10-minute pitch to Microsoft employees. These trial runs are very important. Team enCourage , not knowing what kind of connection would be available, recorded a lot of their interaction with the app. The judges said they wanted to see it demonstrated live a bit more. So they will spend the evening tweaking their presentation. “Six hours of work, no big deal,” joked Rene Brandel. Obviously, they have their sense of humor still intact.

Team HeartWatch has had two hours of sleep each day in the last week. They walked out of presentation coaching with a sigh of relief, and starving. Scarfing down their snacks, they told us that the feedback was even better than expected! Though they have a few slides to polish, they are really excited and feel ready.

Other feedback for teams floated around the briefing room as students exited. Feedback like where to work in the appropriate amount of pauses, when to demo your app versus talk about it, when and where to hone the presentation. The teams have only 10 minutes to share their app or game. But knowing what material is irrelevant is hard to see when you are so close to the subject matter. Jenny from Kuality Games said of the judges, “they really know how to motivate you!”

And speaking of really knowing how to motivate. After the presentation coaching, the students all filed into the Alder building auditorium to listen to Microsoft Distinguished Engineer James Whittaker school them on the “art of the pitch.” 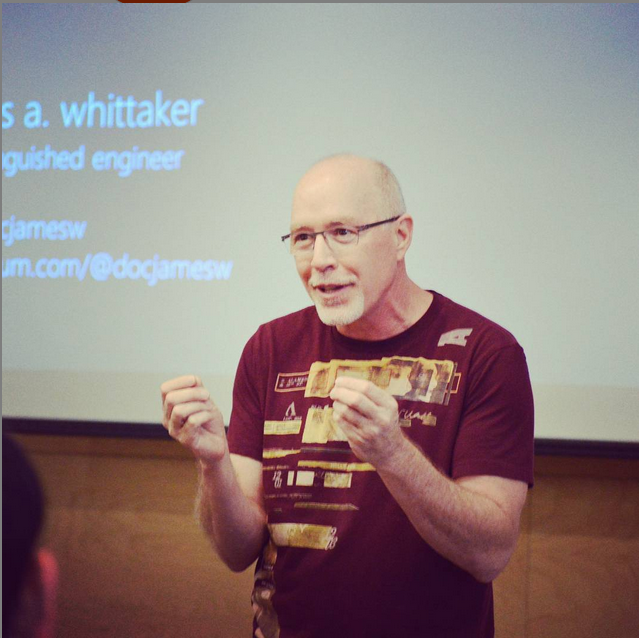 Do you think people who speak for a living still get nervous? You bet they do. In fact, James admits, “The more nervous I am, the better I do!” Nervous or not, you’d never know. James is exactly the right guy to be teaching these students how to give a dynamite pitch – and not just because of his advice. He has a killer presentation himself. Teams exchange knowing glances when he hits them with a profound statement, “You can have the best idea in the history of human invention, but if no one hears your idea, it’s the proverbial tree in the forest. Details never win. It’s the concept that wins the audience.”

After the presentation, Jason Cross of South Africa’s Team Digital Interactive Games said “The presentation was so good. It makes you rethink everything. As he speaks, you are thinking about your presentation and deciding which points to fix. You’ll have a good idea about how to do it, and then he [James] is on to another great point. So now you have to incorporate that advice too! Inspiring! Overwhelming.”

Don’t miss out on the Imagine Cup events as they unfold. Tune into the live webcast of the Imagine Cup Championship at noon PT on July 31 and see the next champion crowned.
0 Likes
Like