The Wonder Women of Imagine Cup

The Wonder Women of Imagine Cup 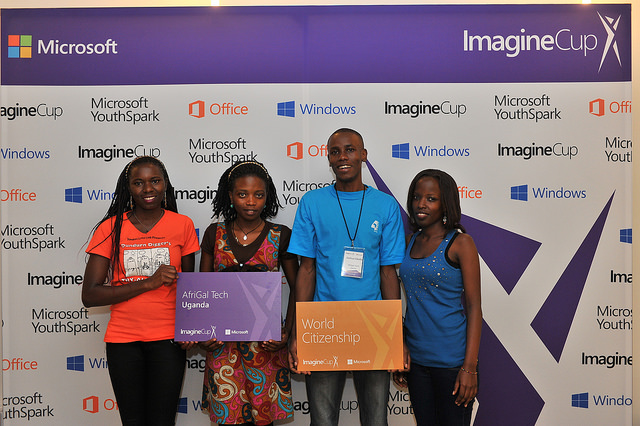 Now that this year’s Imagine Cup World Finals is over, we’ve had a chance to reflect on all of the amazing young people we met during the exciting week in Seattle. Though all of the teams were impressive, we feel compelled to acknowledge some of the female student developers who are helping change the face of the competition.

Not only did we have three all-girl teams this year, but 18 of the 34 teams that competed included young women. This may not seem like an especially large number, but computer science is a field that has long been dominated by males. We hope the increase we’ve seen in young women participating in the Imagine Cup is a sign of what’s to come.

According to the U.S. Department of Education, only 17.6 of computer science bachelor’s degrees were given to women in 2011. Many girls don’t think of computer science as a viable career option, even though it is one of the fastest growing fields in the world. To see increases in the numbers of female developers at Imagine Cup is exciting.

The inspirational young women on the three female teams showed the world what girls with a passion for programming can accomplish and they are helping change the perception of what a developer looks like.

Meet Team AfriGal Tech from Uganda. These four young women created a life-saving app in the World Citizenship category. Their solution mDex detects sickle cell anemia through a mobile phone! As software engineering students, they wanted to combine their love for technology with affordable medical solutions. They are currently raising money and hope to have the product on the market by next year. We caught up with them to ask what it was like to be a young woman at Imagine Cup.

“It was so exciting to be in a competition that is thought to be for males,” said Rebecca Arono, the lead developer for AfriGal Tech. “We are writing code that solves real global problems and proving that ladies can do this too.”

In addition to showing off their project, Imagine Cup showed them the importance of serving as mentors to other young female developers. “We want to tell the girls out there not to let anyone influence their thoughts or decisions,” continued Rebecca. “Seek advice and inspiration from ladies who have made it in the tech industry.” 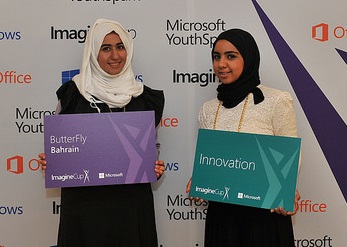 Team Butterfly from Bahrain won third place in the Innovation category. The team of two young women is working to bring technology into the fashion world. They used hardware and software to make a nail polish color creator that can mix a one-time application of any color instantly. Alaa Abdulraheem and Marwa Buhaila are working on bring their product to market while finishing up school.

“We were very proud to show the whole world that girls can build their dreams and make their dreams come true,” said Alaa. “Any woman can achieve what any man can if she believes in her idea, trusts her skills and works very hard. Never give up ladies!”

We also spoke to Team I Copy You from Qatar who competed in the World Citizenship category. These young women made a robot that helps kids with autism by attracting attention and capturing movements. They said the Imagine Cup was a life-changing experience.

“We received so much support and encouragement,” said Wa’ed Hakouz. “Imagine Cup gave us the opportunity to show that we can be creators and helpers and the limits of creating and help are not bound by gender or age.”

“To the young women out there, we say ‘Go for it!’ Believe in what you know and work hard and you will earn incredible recognition.”

We agree! Closing the computer science learning gap is important for the success of today’s young women. In the United States alone, there are projections of 1.5 million computer science-related jobs by 2018. In order to fill those jobs, we encourage both men and women to learn these skills. This year’s female competitors were shining examples of what is to come, and we hope to see the numbers continue to rise! 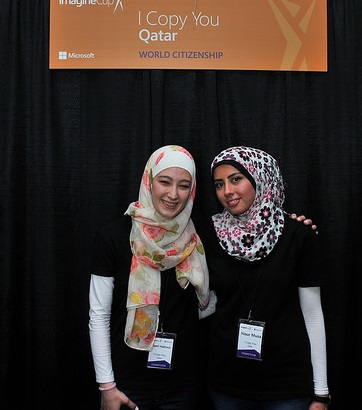