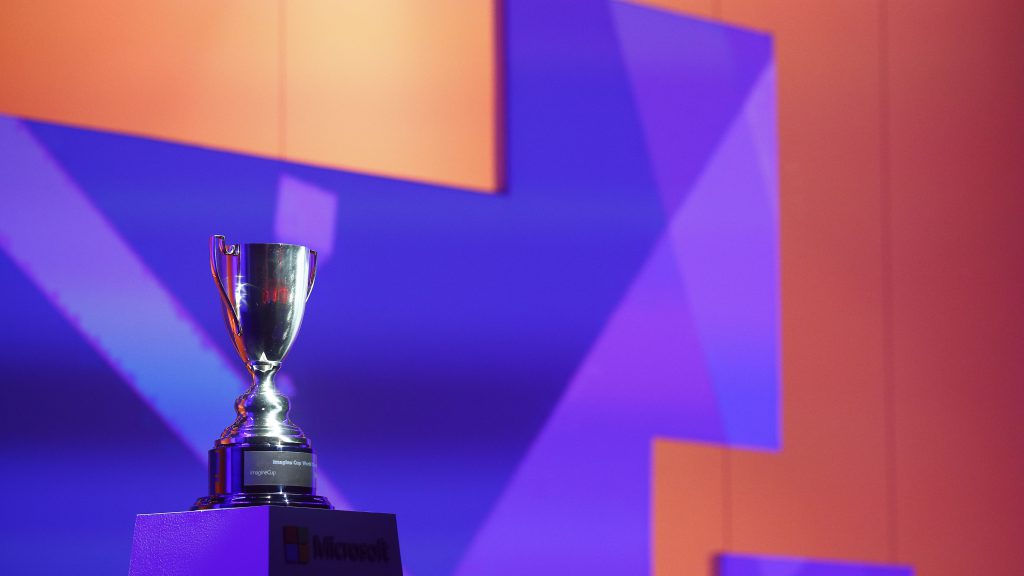 This July, Microsoft will host bright student developer teams from across the world for the 16th annual Imagine Cup. Teams will travel to Redmond, Washington to showcase their technical innovations and compete for up to $100,000 USD, as well as a mentoring session with Microsoft CEO Satya Nadella. We are excited to announce the dates for the 2018 Imagine Cup World Finals!

Follow the action to learn more about the competing teams and tune in to see which teams will be announced as World Finalists!

The Imagine Cup World Finals kick-off at Microsoft headquarters in Redmond, Washington! The day starts with a Tech Showcase, where teams will pitch to multiple judges and the top-rated teams will move on to the next round. Imagine Cup Awards finalists in Artificial Intelligence, Big Data, and Mixed Reality are chosen to vie for $15,000 USD.

The top 15 teams are announced and will move forward as Imagine Cup semifinalists. There is good news for all other teams - they will get a second shot in the wildcard round! The students vote which wildcard teams will be saved and have the opportunity to join the semifinals. Semifinalists present their projects to the judges, and the final 3 teams are chosen to compete in the World Championships.

Imagine Cup World Championships – Streamed Live! Tune in at 9:00am PST to watch the top 3 teams pitch to the judges, coming to you live from the Four Seasons Hotel in downtown Seattle. Who will win it all?