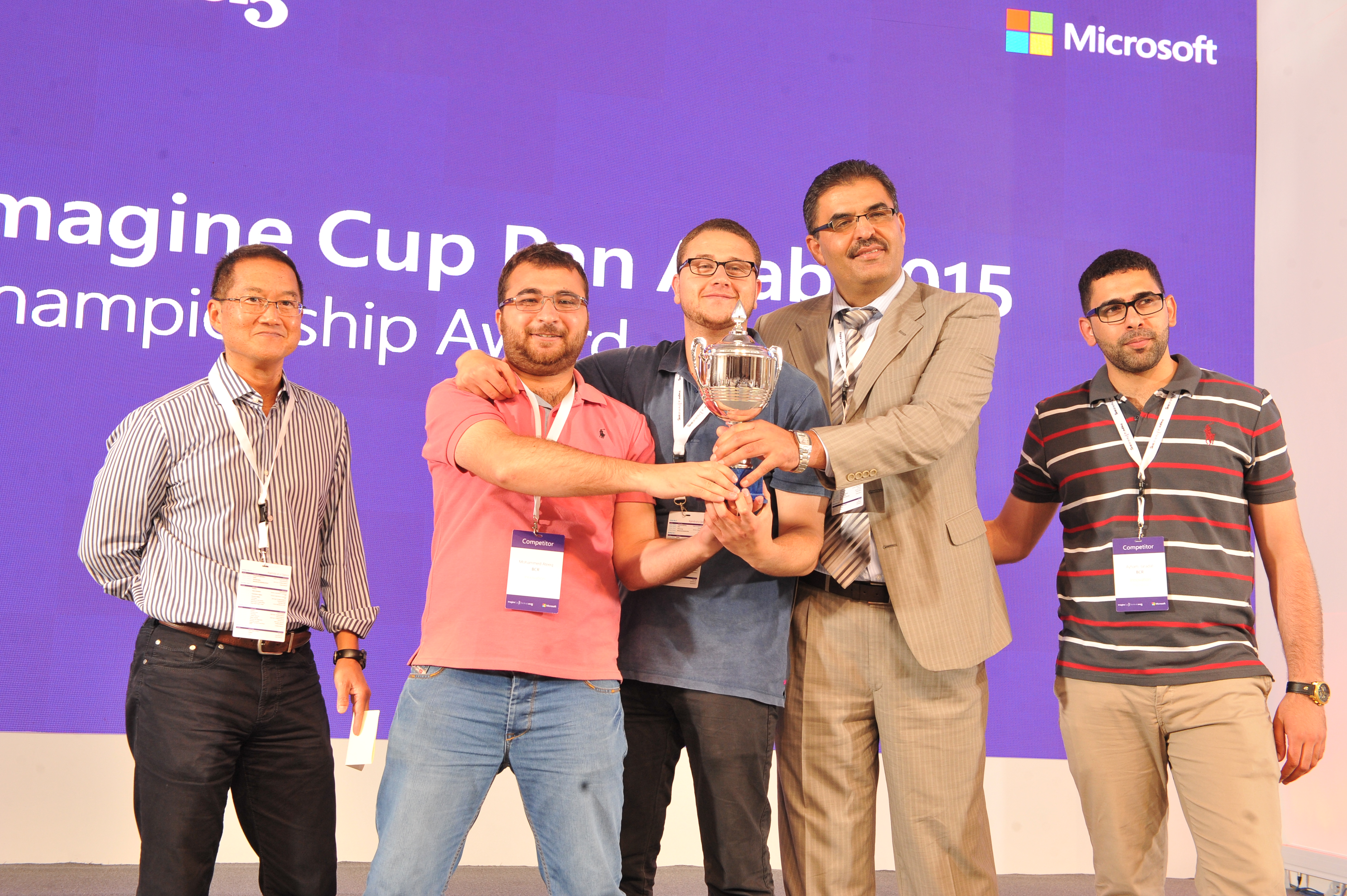 Like many aspiring technology entrepreneurs in the Middle East, Mohammad Ateeq, Hassan Baker and Ayham Jaradat face unfavorable odds on the road to developing an idea into a business. Unreliable Internet infrastructure, limited pools of venture capital, a volatile political climate and an unstable economy all make it difficult to get a business off the ground.

Despite these challenges, these three students from the Birzeit University in the Palestinian Authority, and under the supervision of Dr. Wasel Ghanem, engineered an impressive technology. They then formed Team BCR (Brain Controlled Robot) and showcased their project at the Imagine Cup Pan Arab Semi-Finals . The result: Team BCR won first place in the Innovation category.

The young devs didn’t participate in Imagine Cup for the glory though. They wanted to change the Palestinian Authority for the good. They created BCR to help Palestinians like their fellow student, Ahmad Sajdiya. Ahmad was injured in 2014 by Israeli Defense Forces at the Qalandiya’s checkpoint, an event that resulted in him losing his left forearm. After his injury, Ahmad found it difficult to locate a high-quality prosthesis in the Palestinian Authority. And without money, travel and the surgeries required to obtain a good prosthesis abroad, many Palestinians simply cannot afford to replace a lost limb. BCR has the potential to change this. Because BCR uses EEG (electroencephalography) to translate brainwave signals into robotic movement, people like Ahmad may not have to go abroad for surgery. They could simply attach a 3D printed limb and use BCR technology to control it with their minds!

Part of the prize package for winning the Pan-Arab Imagine Cup Semifinals was a trip to Seattle to compete in the Imagine Cup World Championships, as well as a week-long business accelerator hosted by TechWadi, a Microsoft Ventures partner in San Francisco.

All the team members agree that Imagine Cup most helped them focus on the business aspects of their projects – developing the business plan, researching market demand, and learning financial fundamentals such as calculating costs and estimating revenue.

But it’s not all business. Hassan Baker gushes about the Imagine Cup, describing it as “a lot of fun! Also, it was one of the most interesting and critical things that’s happened in my life, especially for a Palestinian suffering from resource limitations and lot of obstacles in the way. It was so amazing to see myself in the heart of worldwide competition, competing with other teams from different countries! I felt so proud to have reached this level.” Plus, Hassan had never left the Palestinian Authority before.

After an exhilarating week at the Imagine Cup World Finals, Team BCR hopped on a plane to San Francisco. TechWadi (a company dedicated to building bridges between Silicon Valley and the Middle East to support high-tech entrepreneurship) gave Team BCR a taste of startup culture. 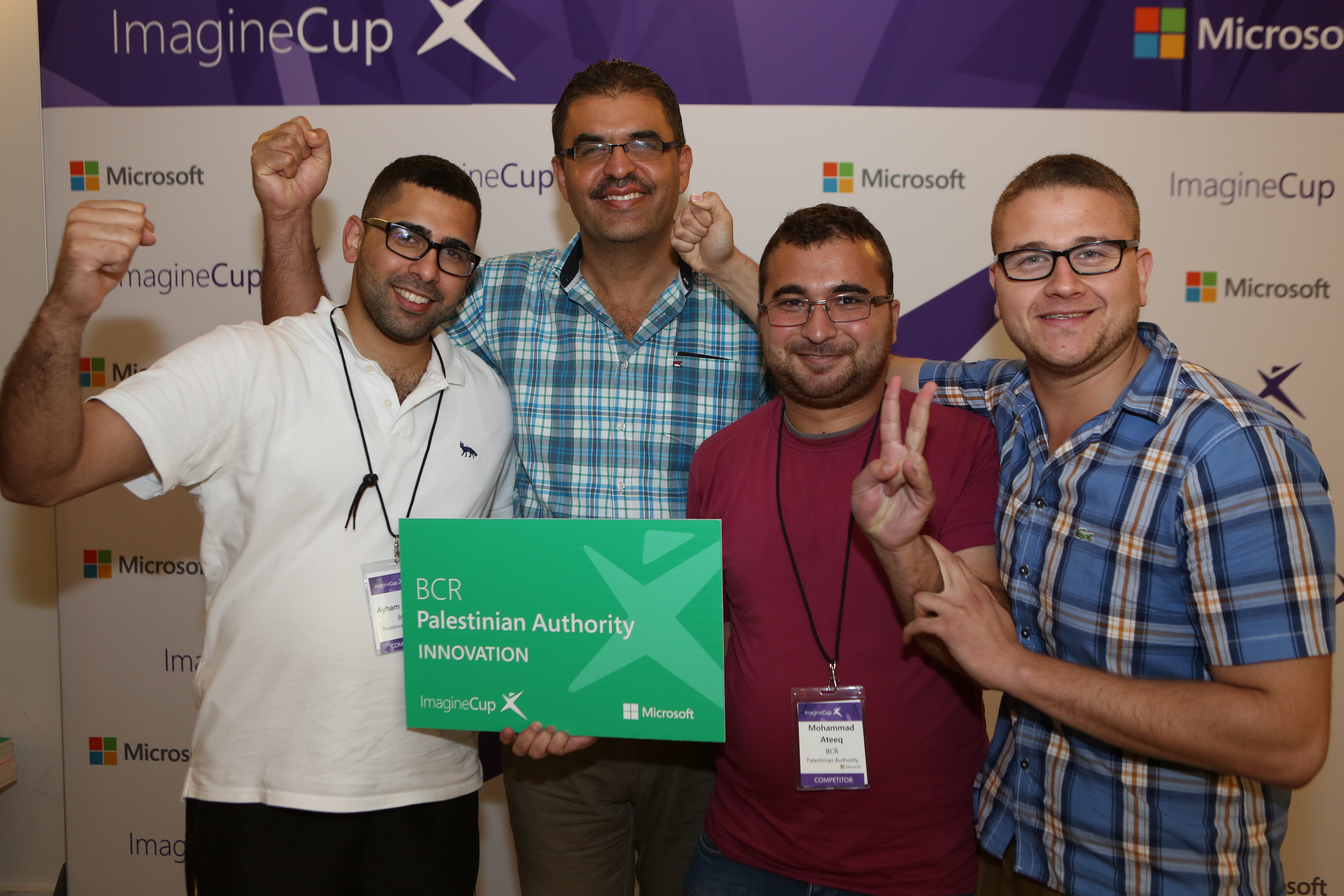 The organization created an immersive experience for Team BCR to expose them to Silicon Valley opportunities. This included visiting some famous Silicon Valley institutions – Stanford University, Twitter and Google. They also got to tour the nearby Microsoft Ventures facilities as well as three local accelerators: Nest GSV Labs, 500 Startups, and Plug and Play Tech Center.

Wasel Ghanem, Team BCR’s supervisor, praised the TechWadi experience. “Our time in Silicon Valley has been a great opportunity to open the students’ minds to what’s possible. We provided a way for other students in our country to see that big dreams can be realized with passion and determination. ”

The accelerator changed Hassan’s way of thinking about development. He learned that it’s not enough to “develop for development’s sake” but that technological breakthroughs are most impactful when they meet real-world needs. Hassan explains, “Through technology that brings happiness to people, we are defining the future of humanity!”

So what’s next for Team BCR? Now that the team has returned from their whirlwind 2-week tour of the U.S., the students will work on their own projects. Ayham is continuing his education. Hassan, inspired by the culture of Silicon Valley, is busy with the early planning and development for what he hopes will be a startup, developing a technology in the Brain Interface Field, although he’s keeping the details secret for now.

Dr. Ghanem, together with Mohammed and a new group of students, plans to spend the next month working on BCR’s algorithm to enhance the performance of the limb. After that, he will reach out to GSV Labs (a connection they made at the accelerator) to discuss next steps for bringing the technology to market.

Mohammad’s advice on Imagine Cup: “(It’s) is a great place to start, especially if you want to start your own company someday.” 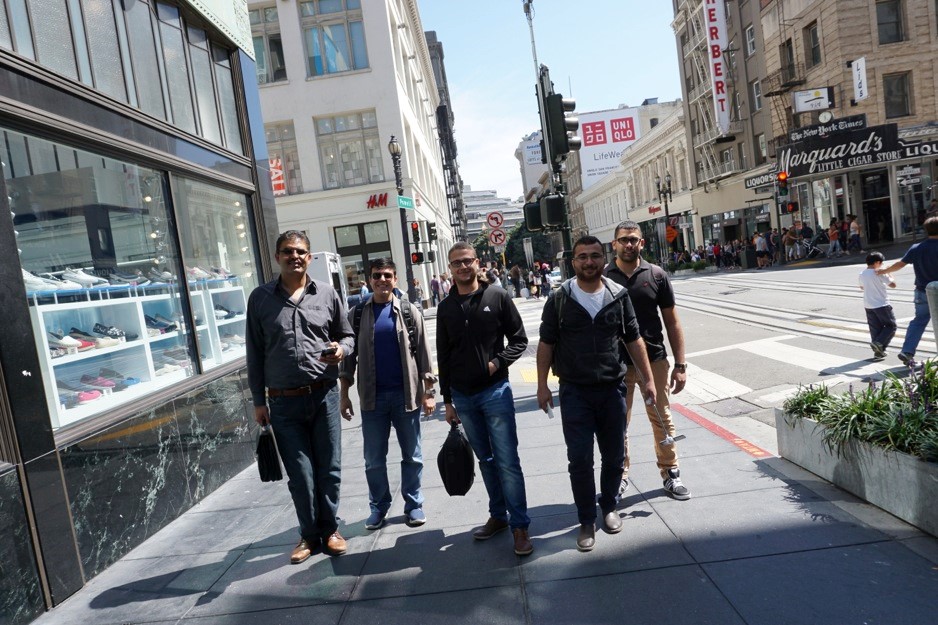 If you want to follow in Team BCR’s entrepreneurial footsteps, Microsoft Imagine has everything you need to get started. Want just a small taste of what it’s like to launch your own company, but don’t know where to begin? Check out Imagine Cup and register today!

Not quite ready to enter the Imagine Cup? There are several other coding competitions for all skill levels. Master the basics of cloud computing and Microsoft Azure with Hello Cloud . Or younger, aspiring coders (ages 6-18) can check out Imagine Cup Earth , a cool new way to use NASA earth-science data together with coding.
0 Likes
Like