Off they go: Estimeet graduates from Microsoft Ventures Accelerator London with big plans

Off they go: Estimeet graduates from Microsoft Ventures Accelerator London with big plans 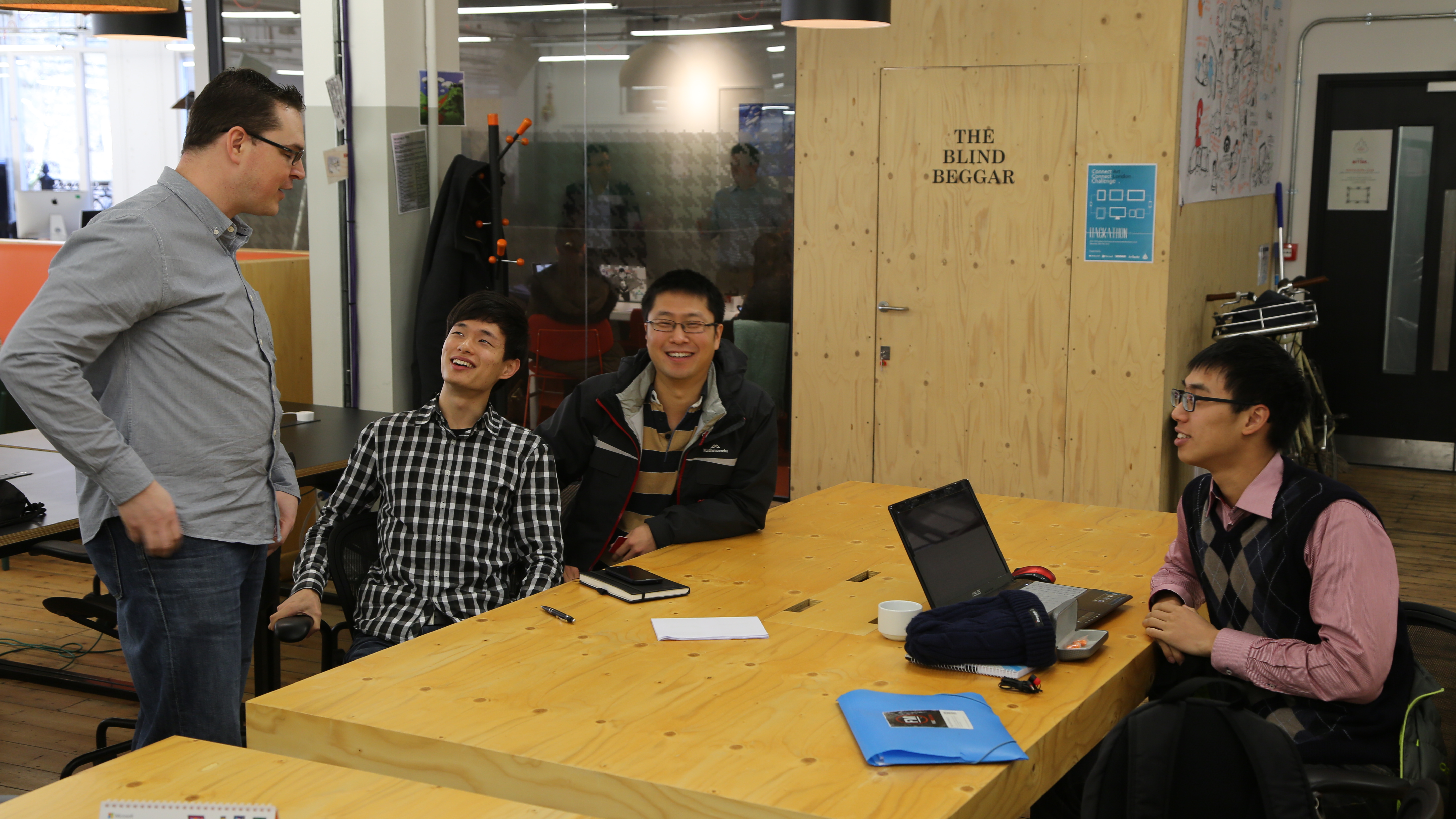 The founders of Estimeet were once a few friends with a good idea. Now, they are entrepreneurs with a great app and lofty business plans. Several months after winning the Imagine Cup 2014 in the Innovation category, Jason Wei, Hayden Do and Chris Duan found themselves at the Microsoft Ventures Accelerator London excited and … cold.

When we asked what they would have told themselves four weeks ago upon arrival in London, Jason Wei says, “Bring more warm clothes!” That and he would have told himself to have a pre-made list of all the things to accomplish in London because the accelerator proved to be full of more opportunities than he imagined.

No kidding. Their time in London was packed! They let us in on a typical day at the accelerator:

10:00am: Discussion and brainstorming how and why to integrate Estimeet onto other social apps

01:00pm: Visit KPMG office for a session on accounting for startups (one of the largest professional services companies in the world)

03:00pm: Attend a workshop on product development for startups (hosted by the startup community)

06:00pm: Tour Google Campus and network with other startup founders in the shared office space

Earlier in the week, they also toured Microsoft London headquarters. While they were expecting a brief walkabout, they found a rather full itinerary. They attended a career fair on campus, got to eat lunch with UK Imagine Cup organizers, and talked with experts in relevant departments on how to make their startup better.

Despite this kind of intense schedule, their time at the accelerator was obviously very exciting for them. As we spoke, they effused energy and gratitude. When we asked where Estimeet would be without the accelerator experience, they recognize that without the industry connections and expert guidance from people who have been there and done that, they would have just had a good idea, not any clue how to turn it into a viable business.

And let’s not forget that starting a business is hard and risky – which can create a lot of anxiety too. Jason shares his fear about leaving the accelerator.

“Even though after the three weeks, we've been well armed with the knowledge and advice from all the people we talked to, to think that in over a week, we won't have all these key people within a moments reach – it’s a scary thought.”

But they know it’s time, time to test their education in the real world.

What’s next for Estimeet? They plan to roll out beta testing for small groups to really finalize the idea.  Then they want to develop on different platforms and continue to get user feedback. Additionally, they are working on features to develop that will be released with new versions of the app after launch.

While they could easily continue entering and winning contests like the Imagine Cup Finals in New Zealand, the team has decided to focus on rolling out the app to the global market, rather than taking part in more competitions. Instead, they are looking to get involved as Imagine Cup mentors.

Just imagine, in a few years, they could be the ones guiding your idea into the next cool app or game. If you’re curious what comes next for Jason, Hayden and Chris, you can follow them on Twitter .
0 Likes
Like