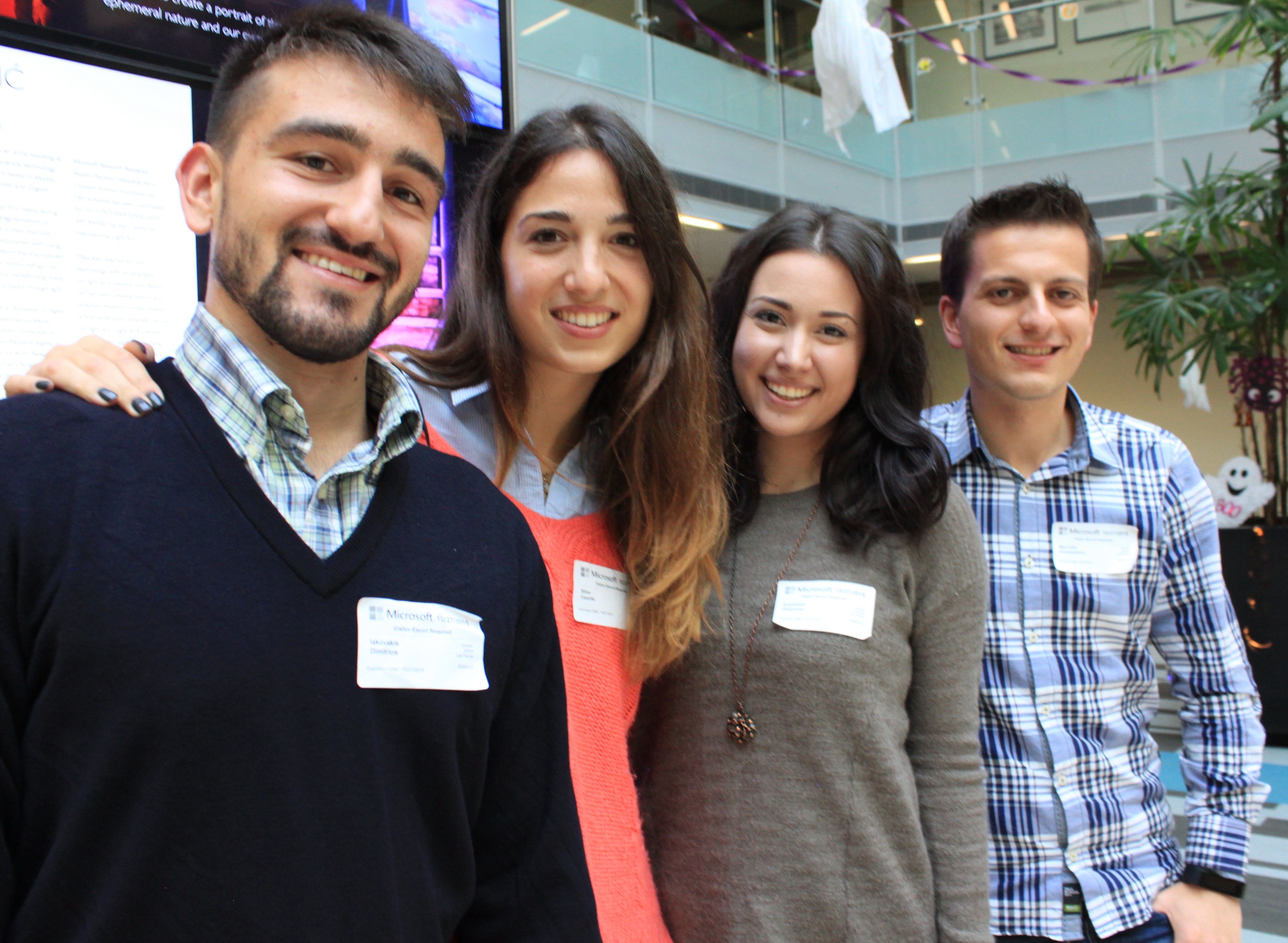 This is not Despina Efthymiadou, Dimitris Iakovakis, Konstantinos Mavrodis and Vicky Bikia’s first trip to Seattle. Just a few months ago, they competed at the Imagine Cup World Finals and took home third place in the World Citizenship category. Team Prognosis also won the Microsoft Ability Award , given to the team who best demonstrated innovation with the potential to drive a more accessible and inclusive workplace and world. The prize for this award was a trip back to Microsoft campus for a custom-made, five-day Ability Bootcamp.

Prognosis is a Windows Phone app designed for early detection and intervention of Parkinson’s disease. The app collects user data from sensors embedded in a mobile phone and, optionally, via the Microsoft Band. The app runs in the background and data is collected unobtrusively. In its present iteration, the app collects motor function, gait and quality-of-sleep data, which are critical for determining whether a patient suffers from two common Parkinson’s symptoms - “freezing of gait” and poor sleep quality.

We caught up with Team Prognosis at the end of day one. Energetic and deeply grateful for the experience, the four student devs from Greece didn’t seem jetlagged at all.

Day one was all about the engineering aspect of the project. They took exclusive meetings with experts from Microsoft Band, Azure, Skype and Windows Phone – and even got to try the newest release of the Microsoft Band .

Konstantinos said, “Today we met so many smart, amazing people. When you develop for Microsoft Band, you never dream that the Microsoft Band engineers will see it, much less like it! We did not expect this! It was even better than we could have imagined.”

Despina agreed. “Yes, and what impressed me most was how willing they were to share their expert knowledge.”

Vicky added, “Plus they seemed really passionate about our project. They all wanted us to develop and go bigger. It was extremely motivating!” 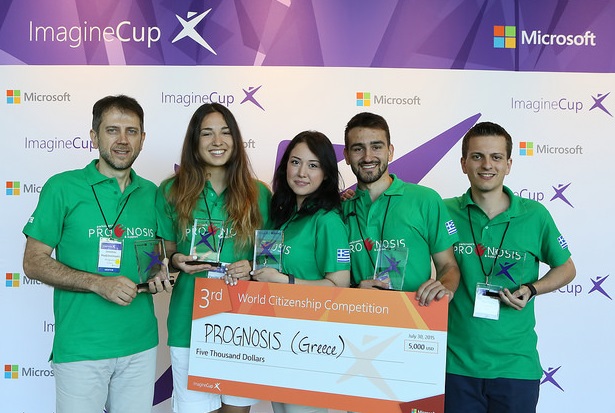 After the Imagine Cup World Finals in late July, the team halted any further development of the Prognosis application. Knowing they would be getting a lot of advice and be exposed to new ideas when they came to the Ability Bootcamp, they decided to focus instead on research. They started a pilot at their school, the Aristotle University in Thessaloniki, Greece. 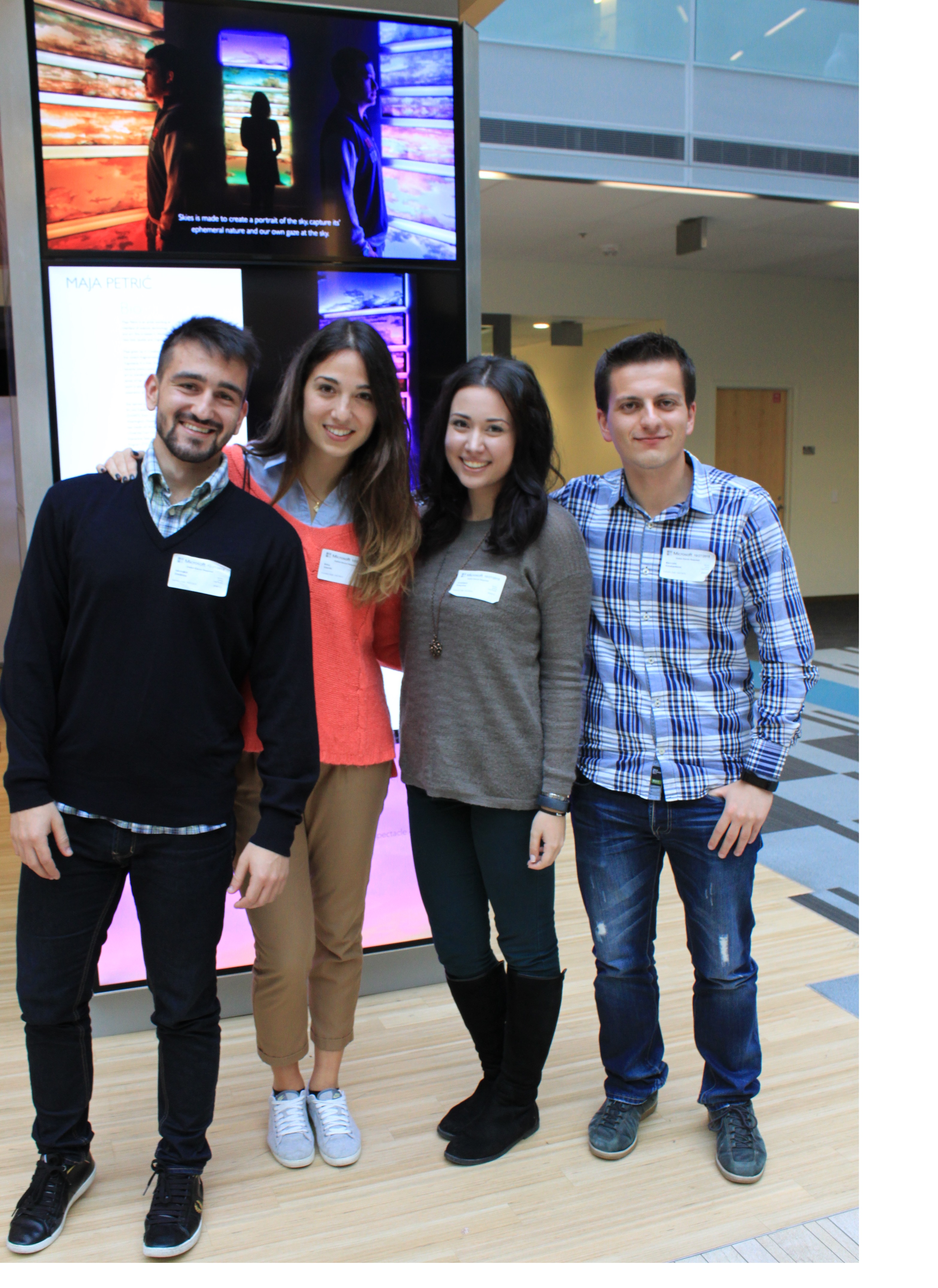 Vicky explained the pilot. "Right now we are working with 50 people to collect data. In the next few months, we are also trying to optimize the models we have already developed. We want to collect more and more data and go big. Then train our models to increase the predictive accuracy."

At the end of the Ability Bootcamp week, Konstantinos is most looking forward to having a clear direction for the app’s continued development. “We will reach a point where we know exactly what we need to do from now on and take solid steps to move forward. We already have a beta app for the Windows Phone that anyone can download, so in the next months, we will work to release a final version.”

Because of their time with the Microsoft Band experts, the team was exposed to the next version of the wearable device. Despina said, “I can’t believe that we got to see the new release SDK. This will save us a ton of time!”

“Right!” Dimitris added, “For instance, we know the new sensors will really help our app gather more accurate data so we can make more impact. “

“And, today we saw that a major technology corporation really cares about that impact and wants to help those with accessibility issues. And not just as a philosophy. We saw that passion and follow-through in every department we visited today,” Despina told us.

If Team Prognosis ( @Prognosis_PD) had not entered Imagine Cup in the World Citizenship competition , they wouldn’t be experiencing this one-in-a-lifetime opportunity. Maybe it’s time for you to take the leap and register for Imagine Cup !
0 Likes
Like