First published on MSDN on Jul 25, 2016
You’re acquainted with this year’s Imagine Cup World Finalists , so now let’s meet the individuals who will judge the teams and decide who wins first, second and third place in the Games, Innovation and World Citizenship competitions.

Four judges preside over each category, and each is passionate about what the global competition epitomizes. Our 12 judges represent a variety of industries and expertise – cloud computing, computer science academia, game design and development, executive leadership at Fortune 500 companies, the Internet of Things and building businesses.


Getting involved in Imagine Cup


Ben Straley, vice president of Global Digital Products at Starbucks and one of this year’s Innovation judges, said he wanted to be a judge because, “Imagine Cup is a premier opportunity for students from around the world to create fun, innovative and world-changing technologies.”

World Citizenship judge Angela Mills, program manager for the Universal Store at Microsoft, said, “There was no decision,” to make when asked to be an Imagine Cup World Finals judge. “My answer was an instant, ‘Yes!’”

And this isn't Professor Majd Sakr's first time as an Imagine Cup judge. The Carnegie Mellon University computer science professor, one of our Innovation judges at the World Finals this year, judged an Imagine Cup competition in Dubai several years ago. He remarked, "There was such a great buzz with these young teams—they put aside all issues to primarily think about problems that all humans are facing and to come up with solutions. The energy is quite infectious, and I had a great time judging the projects, seeing how the students listen to the feedback, present their solutions and think about issues on the fly that the judges are raising. It's quite exciting!"


What are the judges looking for?


Above all, this year’s judges want to be inspired by the 35 student developer teams here in Seattle to compete for $200,000 in cash and prizes and the grand prize of being crowned the next Imagine Cup Champion and winning a private mentoring session with Microsoft CEO Satya Nadella.

Ben said that Starbucks uses technology more and more to fulfill its mission of nurturing and inspiring the human spirit, “one cup, one person, one neighborhood at a time,” and the company is on the lookout for passionate, technology-savvy problem solvers. He’s excited to see how the students will turn their visions into reality.

Angela said, “Looking at the project outlines, it’s clear that these individuals are going to have an incredible impact upon the lives of others. I know I’m going to learn a lot, and they will challenge my own thinking in ways I can’t imagine yet.”

Majd, after expressing his desire to find inspiration in the Imagine Cup World Finals, said "Young people continue to have this energy and a lot of creativity to approach problems in ways that we've probably never thought about. I'm excited to learn about how they are thinking, and maybe that will help me to reach out to the younger generation and continue to be effective at educating and training them."


Angela said it’s critical to keep accessibility in mind when developing new products or apps. Without it, people risk alienating an entire demographic. And for the student developers hoping to place apps in the Windows Store, Angela said, “The key to success is to write a high quality, unique app that fills a customer need.”

Majd believes it's critical for young people to be participating in competitions like Imagine Cup because of the tools, insight and self-discovery they’ll gain—like pitching an idea, recognizing the amount of detailed work needed to realize an idea, dealing with adversity and opposition on-the-fly and collaborating on projects. 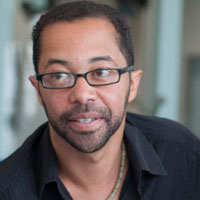 Lindsay Grace ’s passion about game design is clear, and the industry thinks so, too, having awarded him multiple accolades and showcased his work all around the world. Lindsay currently teaches at American University and is the founding director of the American University Game Lab Studio. 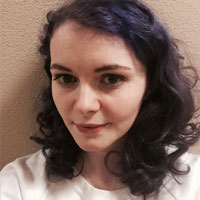 Meagan Malone , a product marketer at Unity Technologies, loves games. When she’s not managing content, events, or special projects at Unity, she channels her creativity into game design, culture, and community. 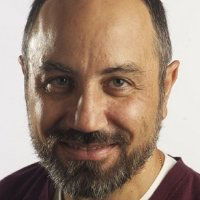 Paul Toprac is a veteran of the software industry, and currently wears several hats at the University of Texas at Austin as the Associate Director and Senior Lecturer of the Game and Mobile Media Program and the Director of Simulation and Game Applications Lab. He is particularly interested in game design that engages the player’s emotions and motivations. 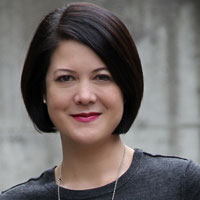 Kiki Wolfkill , former Director of Art of Microsoft Studios and Executive Producer of many “Halo” media efforts, now runs 343 Industries, Microsoft’s game studio. She shipped “Halo 4,” as well, and has contributed to a number of other well-known video games, like “Mass Effect,” “Gears of War” and “Fable.” 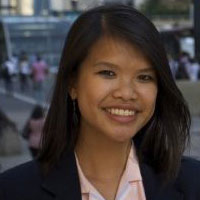 Karen Mok started her first business at age 16 and has since developed a globally known social enterprise that increases women’s access to mobile technology. She currently works on the New Markets team at Stripe, a payments infrastructure company focused on e-commerce. 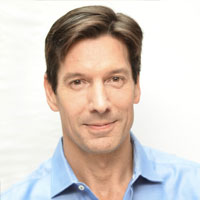 Mark Russinovich , the Chief Technology Officer for Microsoft Azure and co-founder of Winternals Software, has authored numerous Windows administration and diagnostic utilities, as well as nonfiction and fiction books. Mark has a Ph.D. in computer engineering from Carnegie Mellon University, which was named the Best Information Technology School in the United States in 2015. 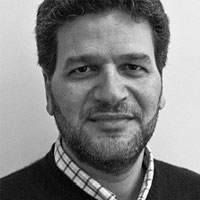 Majd Sakr teaches at the School of Computer Science and co-directs the Master of Computational Data Science Program at Carnegie Mellon University. He’s a huge proponent of cloud technology, robot-human interaction, and education. 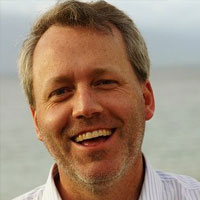 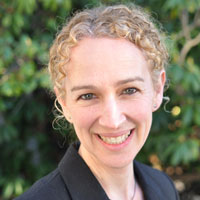 Elizabeth Bruce co-founded the Massachusetts Institute of Technology (MIT) Big Data Initiative, which is a joint effort between the tech industry and MIT to design solutions for the next generation of data challenges. Elizabeth has worked at MIT for over a decade now and is currently the Executive Director of the Institute of Data, Systems and Society (IDSS) at MIT. 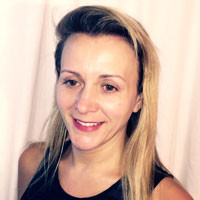 Angela Mills has been with Microsoft for over two decades, but her love of technology started a long time ago. Throughout her career, she has driven technological innovation. Today, she’s the Group Program Manager for Microsoft’s Universal Store. 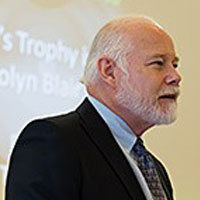 Toby Olson joins the judges’ roster with years of experience with public policy, especially around issues concerning civil rights, housing, transportation, healthcare and education. His work as the Executive Secretary of the Washington State Governor’s Committee on Disability Issues and Employment has garnered more than $15 million in national competitive grants.

Matthew Perry , a Partner Group Program Manager in the Windows and Devices Group, heads the independent hardware vendor (IHV) and Internet of Things (IoT) ecosystems at Microsoft. In recent months, Matt’s been busy helping establish the Open Connectivity Foundation, which combines the efforts of major industry leaders to create a set of IoT standards.

Think our bench of competition judges is impressive? Wait till you see who we’ve got lined up to judge the three teams that make it to the Championship round to compete for the grand prize! Be sure to tune into the Imagine Cup Awards Ceremony and the Imagine Cup World Championship to watch all the drama unfold and see who takes home to Imagine Cup crown!