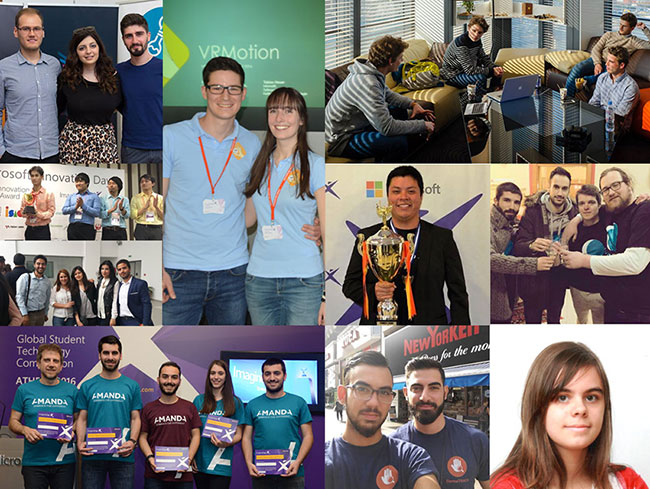 At Microsoft, nothing embodies the spirit of student innovation more than the Imagine Cup, Microsoft’s premier global student technology competition. Year in and year out, these young developers never cease to amaze me with their inspiring and creative ideas as they attempt to mold the world around them through the power of technology.

This year is no different. Today, I am pleased to announce the 35 teams that will bring their unique visions for the future to Seattle to compete in the Imagine Cup World Finals from July 26 – 29.

The journey to the Imagine Cup World Finals started way back in August, when students began forming their teams at schools all across the globe. Since then, they have poured their hearts and souls into their solutions and competed in dozens of National Finals, taking great projects from just an idea to competition-grade execution.

To get to this point, more than 150 top teams from National Finals events went on to our World Semifinals , where they were judged by a global panel of MVPs, industry experts and Microsoft staff. Our judges were asked to select only the best, most compelling projects from teams vying to move on to the World Finals, the final stage of the competition. At the World Finals, the remaining teams will compete to be crowned as the champions in their respective categories and the chance to win $50,000. Then, one team will go on to win the coveted Imagine Cup and the grand prize, a private mentoring session with our CEO, Satya Nadella.

The ingenuity of this year’s World Finalist teams is impressive. From incredible game concepts, to life-saving devices, to solutions that could revolutionize the way we do business – no one will leave Imagine Cup untouched or uninspired by these ideas by the time the competition is over and a new champion is chosen.

So, lets meet the World Finalist teams coming to Seattle!


I never stop being awed by the forward-thinking and unique solutions that a fresh, young perspective can bring to the technology industry. These developers are poised to do great things, and I for one can’t wait to see what the future holds!

My sincerest congratulations and thanks to all the students who started on this amazing journey all those months ago, and, to all the World Finalist teams, I wish you good luck!

With all the impressive student innovation on display, this year’s Imagine Cup World Finals will be chock full of excitement. Be sure to tune into the Imagine Cup Awards Ceremony and World Championship livestream at 9 a.m. PT on July 29 to catch all the action and root for your favorite team.