First published on MSDN on Jul 29, 2015
Months of work and miles of travel finally behind them, 33 teams competed today for the Imagine Cup in one of three categories: World Citizenship, Innovation and Games. 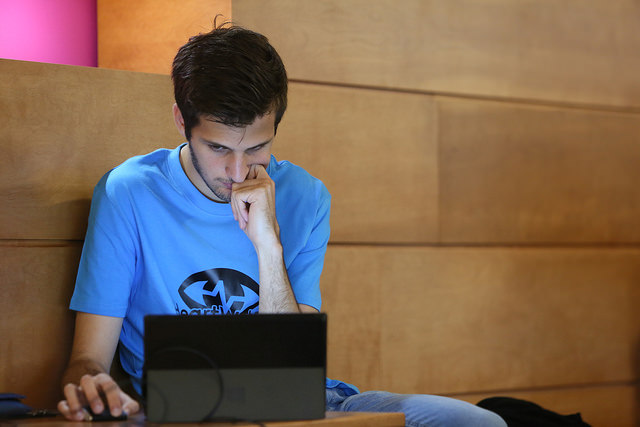 As students waited for their assigned time slot to present, they sported serious game faces. Three teams hit the ground running with an 8 a.m. presentation while others, like Team Octavian of Nepal, had to endure waiting until 3:30 p.m., the very last time slot.

The energy was palpable. Everyone seemed nervous, even those not competing. It turns out that nerves, like laughter, were contagious. To battle the nerves early this morning, Team New Zealand hosted a mini-dance party for themselves to Taylor Swift’s “Shake it Off.” 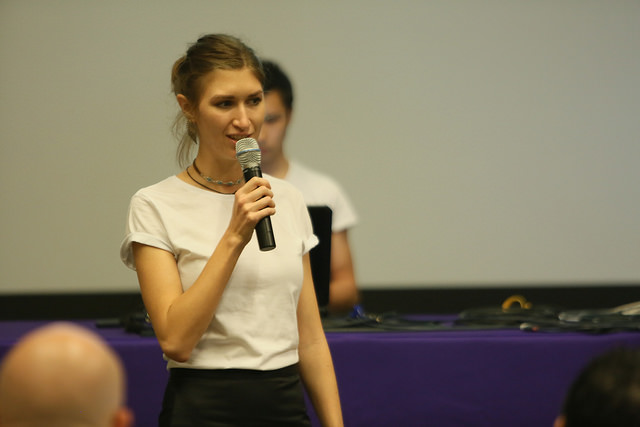 As little pods of teams hunkered down, scattered about Building 92 of the Microsoft campus in little nooks, some stared into the void, chewing their nails. Others locked on to their computer screen tweaking slides at the last minute. Still others practiced their presentations with each other for the umpteenth time.


They went in nervous, they come out relieved. As students exited the presentation rooms, they sighed collectively. Team Izhard’s Daria Chernova jumped with excitement after presenting the team’s game, Ovivo. Clearly, they felt great about their presentation and product. Team New Zealand wandered by after their presentation, debriefing one other, pointing out where they could have improved. 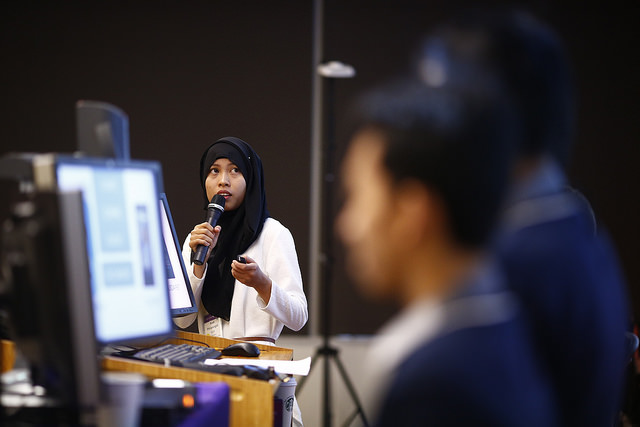 When you watch, you feel like these students are your friends, you care about them, you almost burst with pride for this generation of such inventive, driven young people.


But still, the work wasn't over. After their presentations, teams entertained judges at their showcase booths. Here judges from each category interacted with the app and games in real-time and asked questions about the technology, user interface and even suggested marketing plans.


Judge Edward Happ (CIO of The Red Cross) asked Team Alix business-oriented questions. “What are the costs you will have to run this business?” Wati Pitrianingsih obviously prepared herself for these kinds of questions and answers in kind.


Team EpSyDet listened with rapt attention to judge Janine Firpo (of the Gates Foundation) as she provided feedback on the the user experience of their Epilepsy detection app. 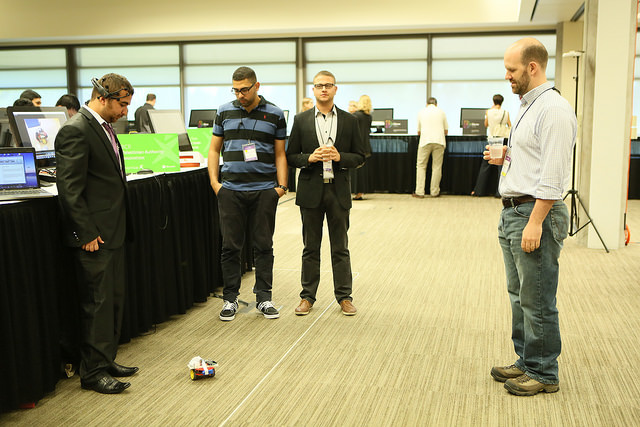 The work is done. Now the waiting begins. But they won’t find out the results of their hard work until tomorrow morning at the Awards Breakfast. Stay tuned as we cover the awards live on Twitter (@MSFTImagine) and via this blog.

And don’t forget to tune into the live webcast of the Imagine Cup Championship at noon PT on July 31 and see the next Imagine Cup World Champion crowned.