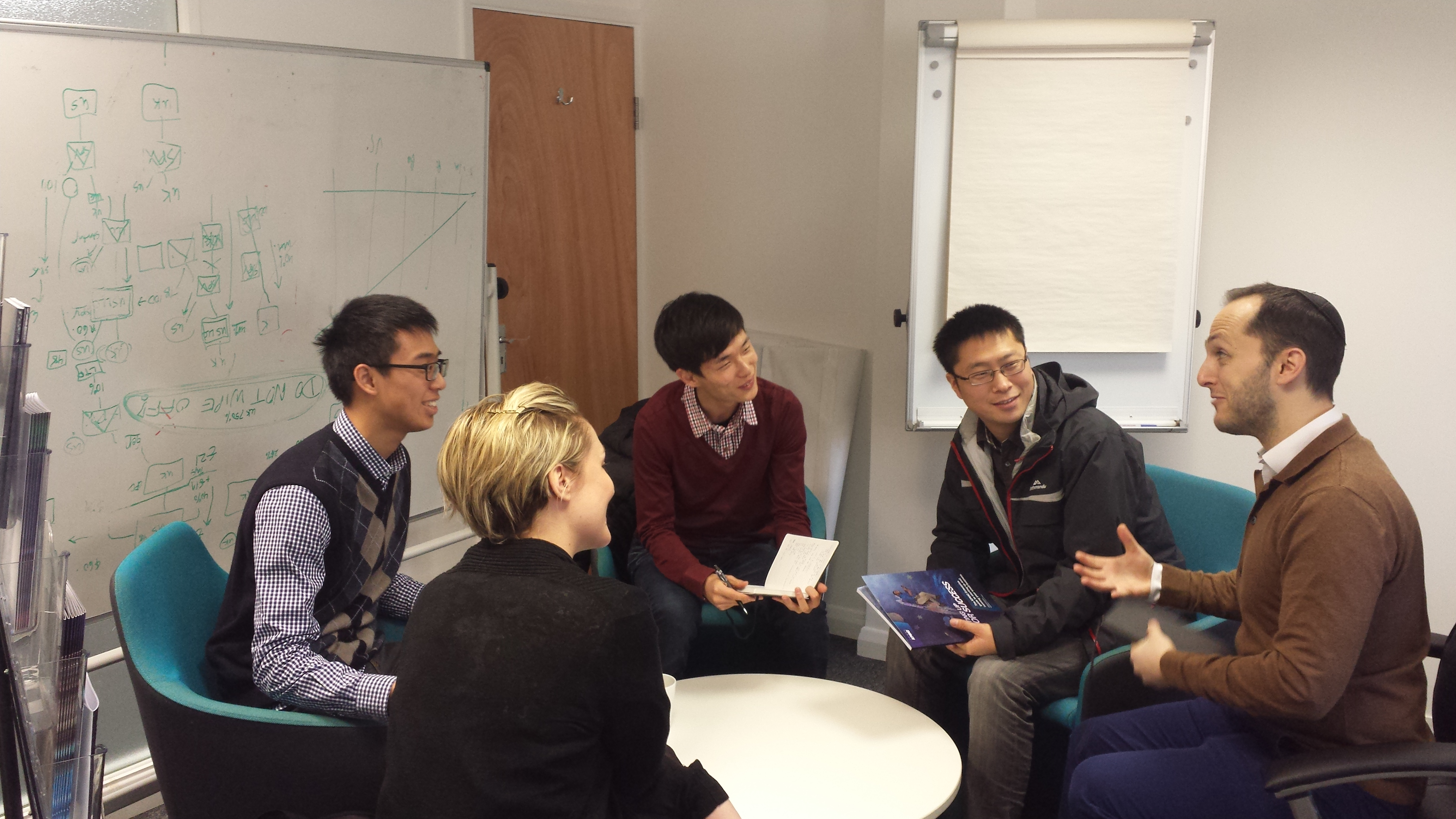 Meet ‘ Estimeet .’ You might remember them as the Imagine Cup 2014 first place winners in the Innovation category.

Hayden, Jason and Chris – three energetic New Zealanders – form the trio that is Estimeet. One of the perks of winning Imagine Cup 2014 is the chance to participate in Microsoft Ventures Accelerator.

Microsoft Ventures launched the Accelerator program to immerse young startups in the business world with the aim of getting them off the ground fast and successfully. The London Accelerator offers a great workspace, a bevy of free tools, top-notch mentoring and helpful workshops in areas ranging from marketing to technical advice.

Hayden Do is Estimeet’s CEO and in charge of design and front-end development. He and Jason Wei have been friends since attending high school together in New Zealand. Jason is Estimeet’s CFO, the math-y one of the bunch (although he’s also quite adept at bubbling up new ideas for aspects of the business outside of finance.) Hayden met Chris Duan, who would become the technical guru behind Estimeet, during a Microsoft Student Summer program (now known as Student Accelerator ).

After attending an information session about Imagine Cup, Hayden gathered Chris and Jason and decided to enter. But there was one problem – they didn’t have anything to submit.

So they scheduled a few meet ups to hash out ideas. During one of those meetings, in fact – the night before the deadline to submit an idea to Imagine Cup – their idea came to life.

As what usually happens with meetings, one of them was running late and not responding to texts or calls. Surprised that the idea hadn’t already been created, Hayden, Jason and Chris decided right then and there to create an app to find out where the late comer was and estimate just how long it would take him to arrive.

While they were thrilled about their idea, the app wasn’t exactly complete by the time they reached Imagine Cup. Hayden says, “It was by far not a polished app.” But they entered anyway, knowing that the idea was more important. Much to their shock, their app won in the Innovation category.

Fast-forward five months, and three eager guys stepped off a plane in London, not really knowing what to expect from their four weeks at the Accelerator. We asked them how their time at the program so far has changed Estimeet.

“We are now really starting to think as entrepreneurs. We’ve matured from students into being more business-minded,” says Jason.

Hayden mentions that, initially, the team focused on the technical aspect of Estimeet, and that all three of them were involved in every part of the business. The London Accelerator has really helped them get organized. “Now we are more concrete on what each person does.”

When asked about Estimeet’s strengths and weaknesses, Chris offers, “We’ve never struggled with the technical aspect, but we need help with marketing and retaining users. I mean, people don’t have meetings every day! How can we get them to come back and use the app again?” Because of their desire to grow and retain a user base, they are really looking forward to learning the ins and outs of marketing at the Accelerator.

But it’s not just the marketing sessions they’re stoked about.  Hayden says, “Every session at the Accelerator really gets you thinking!”

Stay tuned for more on Estimeet’s time in London and how Microsoft Accelerator is helping them transform their app into a business.
0 Likes
Like