First published on MSDN on Sep 22, 2015
Microsoft Student Partner (MSP) Jordan Kantharidis is surprisingly chipper, talkative and prepared for a 12 a.m. (Athens time) interview. After admitting that he rarely sleeps, Jordan chats with us about how he learned to code a game in a few hours, how he sees technology changing the future of Greece’s economy, and how participating in the Imagine Cup helped him start his own coding company. 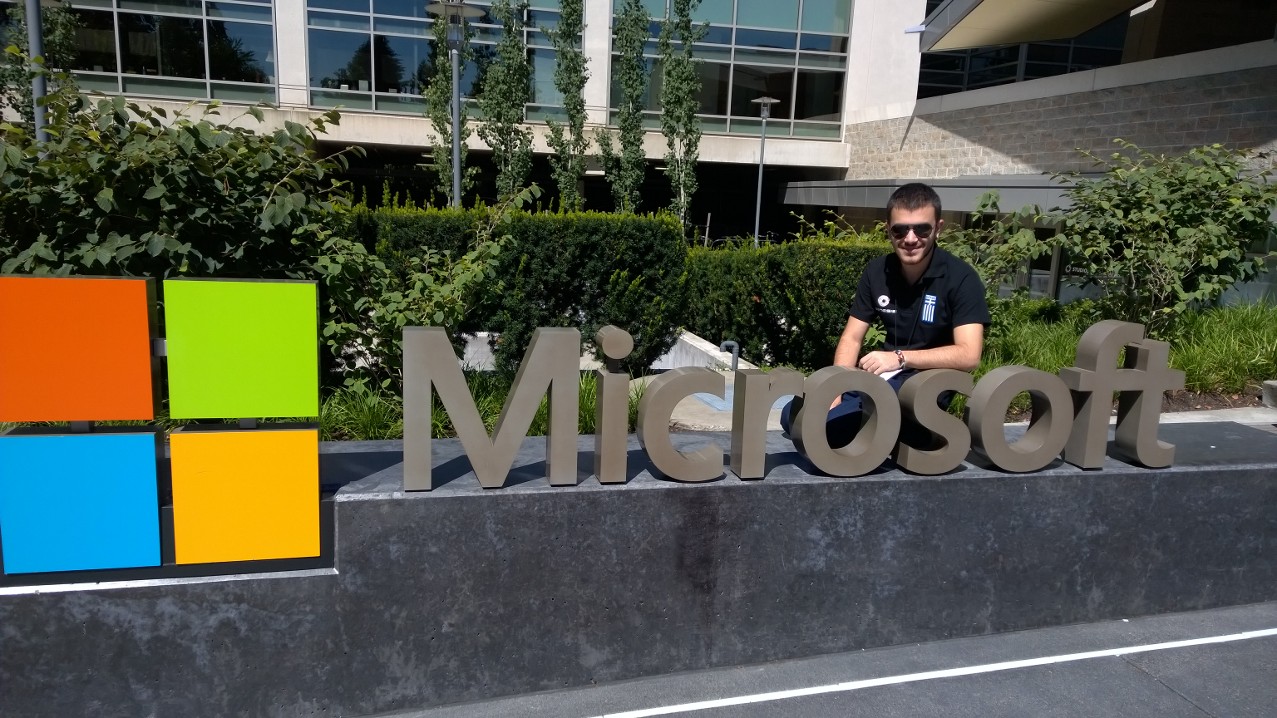 If you were in Seattle for Imagine Cup 2014, you may have seen Jordan, one of Greece’s Microsoft Student Partners. Jordan, along with Manos Hatziioannou, Kostas Dokos and Panos Karabelas, formed Team Genesis to compete in the Imagine Cup 2014, in the Games category.

After winning the Imagine Cup in Greece, they set sail for Seattle to compete in the 2014 World Championships. Their game, “Dementia - Tales of Blackthorn Manor” won $1,000 in the Visual Studio Online Boost challenge. Team Genesis also won Honorable Mention in the 2014 User Experience Challenge in the Games category as well as in the Project Blueprint Challenge (this year, the Blueprint Challenge has been renamed Big Ideas: Plan and is one of three categories in the new Big Ideas Challenge ). 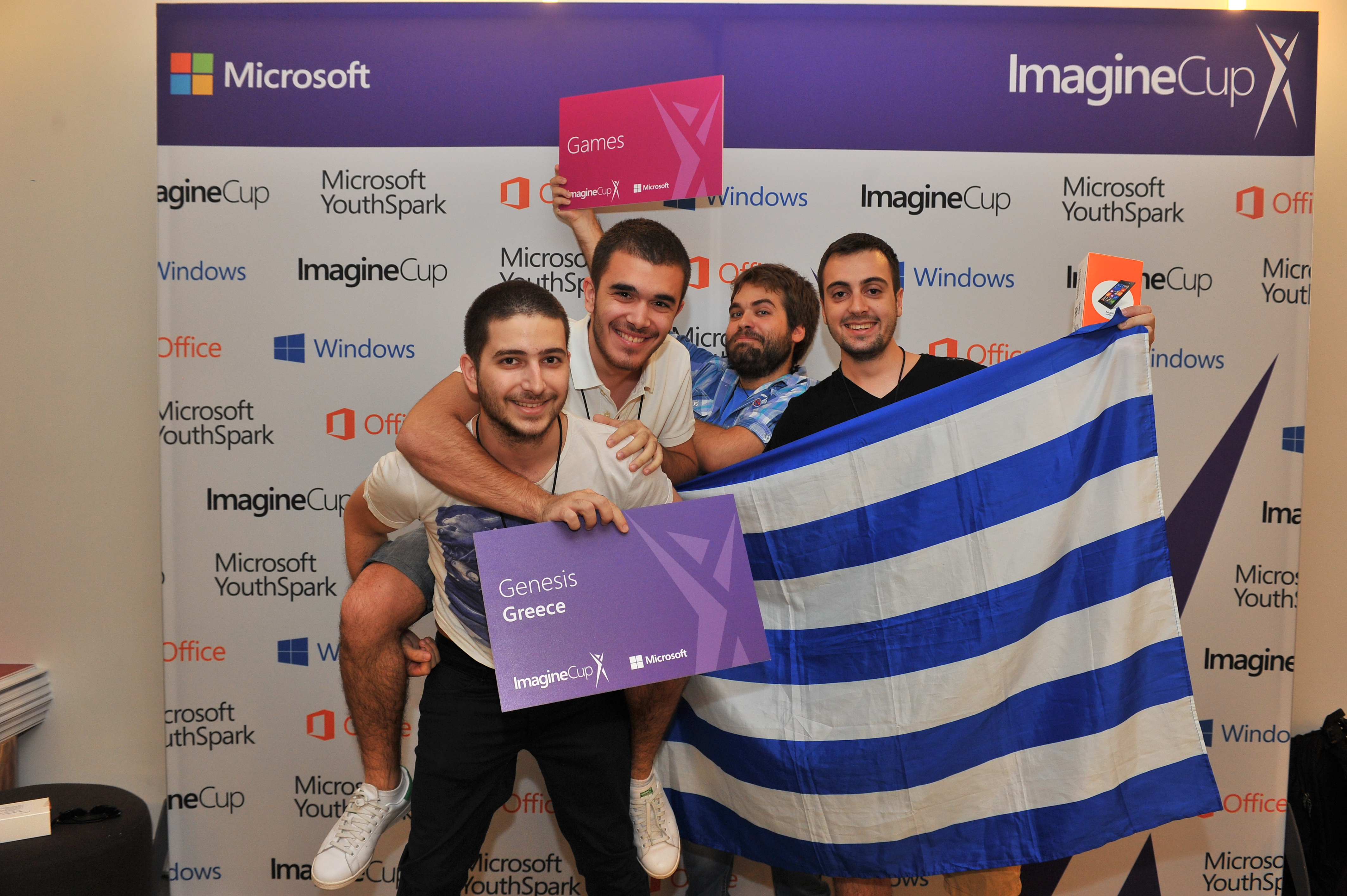 “Dementia - Tales of Blackthorn Manor” is an online RPG, inspired by the board game Betrayal at House on the Hill. Jordan and his friends don’t live close to each other and wanted a way to play the game without having to be in the same place. So they figured they’d try their hands at making an online video game.

In Dementia, each online player chooses one of 12 mysterious characters to explore Blackthorn Manor, a creepy old house filled with deadly secrets. Each time an explorer enters a new room, they might find something or something might find them. The manor's layout is different each time explorers venture inside, as are the mysteries in each room.

Dementia was an extremely ambitious project for Jordan. He was responsible for the user experience and game-play algorithms. Oh, did we mention that Jordan had never coded a game before? Much less a 3D game!

While making the game was a feat, Jordan reminds us that coding a game is only a small part of the Imagine Cup. You have to actually sell the judges on your idea too.

Jordan laughs as he recalls the anxiety of competing in the Imagine Cup. “I strongly remember the relief every time the judges finished a round of questions! But it didn’t last long. Ten minutes to relax and then another judge!”

While it’s true that the Imagine Cup competition is grueling, the experience also changed Jordan’s perspective on technology and gave him skills he now uses every day at his own startup coding company, CodeBiz .

Jordan attributes a lot of his newly discovered business savvy to participating in the Imagine Cup. Mainly, he learned the real benefit of working with others. Teammates, judges, other competitors – it all adds up to a lot of collaborative experience that daily affects his work.

Because he learned how to receive and implement feedback from the Imagine Cup judges, he’s good at listening to and delivering on his client’s needs. Because he had to perfect a 10-minute presentation for Imagine Cup, he can now quickly and confidently pitch the company to potential investors and customers. Jordan’s collaborative experience is years ahead of most students his age. And that’s in part due to Imagine Cup.

Jordan also credits the Imagine Cup with teaching him to look at Dementia as a whole, through a larger business lens. For instance, because he’s a programmer and poured his hours into developing the game, he hadn’t given as much thought into how to sell it. In business speak, Jordan got first-hand experience at product lifecycle management and marketing.

Now, Jordan is putting his new business skills to work! He and one of his Genesis teammates, Kostas Dokos (also an MSP), founded their own software company, CodeBiz. CodeBiz develops apps, games, eLearning courses and websites and also offers social media marketing and management services.

Currently, Jordan is using Visual Studio to build a desktop financial application for a company with more than 50 employees. He’s also using Microsoft Azure for storage, mainly because Azure is one of the most secure cloud services available, and that’s an obvious must-have in the financial industry. 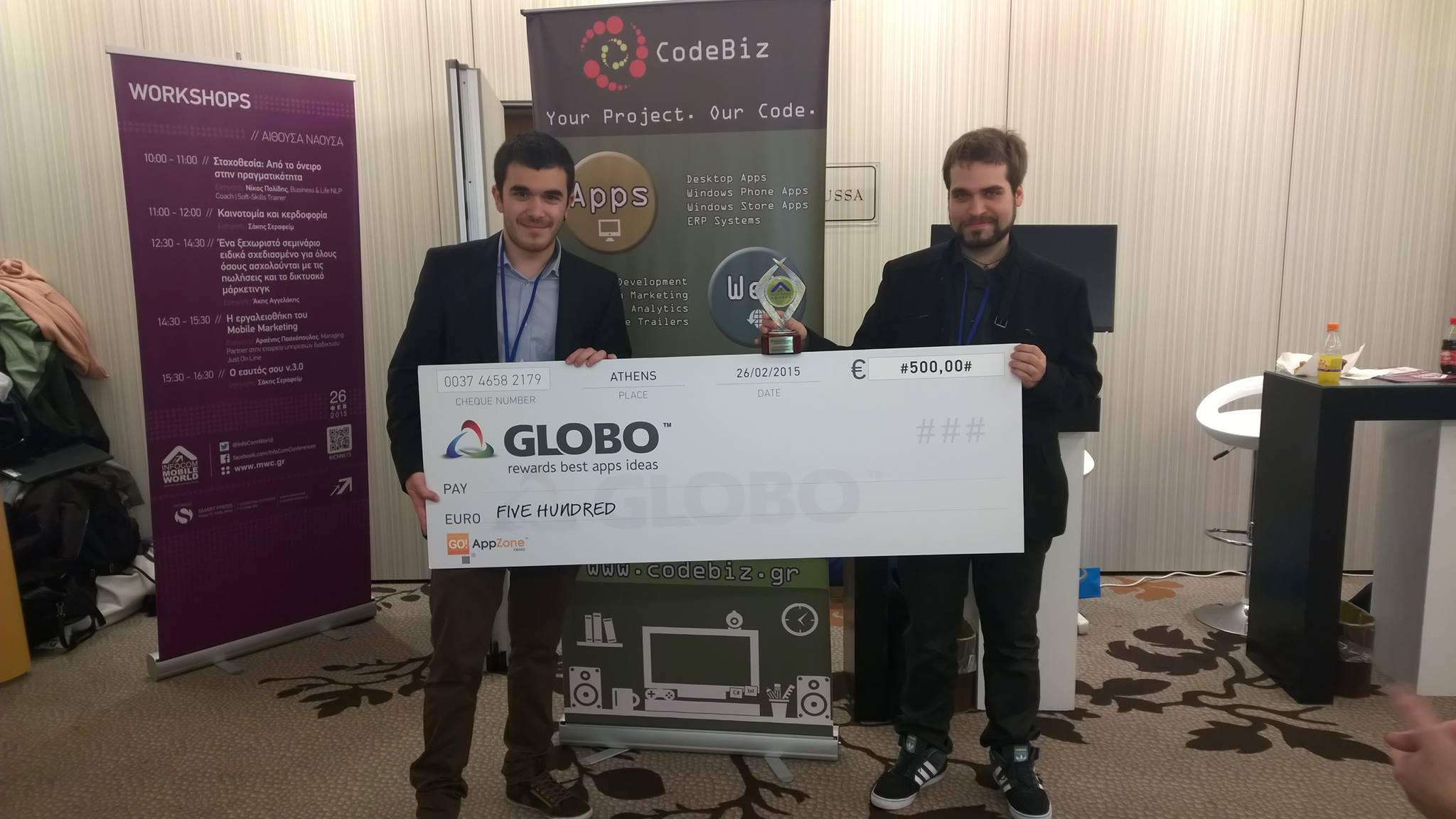 In addition to working full time at CodeBiz (during all hours of the night) and studying to complete his undergraduate degree in Digital Systems at the University of Piraeus in Athens, Jordan coordinates the University’s MSP program.

Some of the activities Jordan and the other MSPs coordinate are what they call Learning Labs. These labs are in such high demand that students must pass an entrance exam to attend. Meeting one day per week over nine weeks, Jordan and his fellow MSPs teach students how to build Windows apps from scratch.

But more importantly, Jordan points out, “We help them learn the entire product lifecycle – even the steps of getting apps published!” These learning labs are responsible for nearly 70 published Windows apps.

Jordan himself wrote the curriculum for these labs. Jordan explains, “Programmers in general learn better when they have a task to do. Not from reading a book or watching a tutorial.” So he has the students build real apps, not just work from books writing lines of code to create something they don’t care about.

And that’s why coding competitions like Imagine Cup and the new Hello Cloud and Imagine Cup Earth contests are so great! Devs love the tasks, and these competitions provide not only deliverables, but some rather motivating prize money as well.

In fact, it was at a coding competition where Jordan learned to code in C#. At a 2012 Windows 8 Hackathon, he and his friends created an app in just a few hours.

Jordan admits, “At that time, I hadn’t heard about C#. But at the end of the hackathon, me and two friends, Katerina and Manos, not only wrote our first lines of code, but also created a Windows 8 app. It was a simple quiz game, but for us it was a big achievement!” 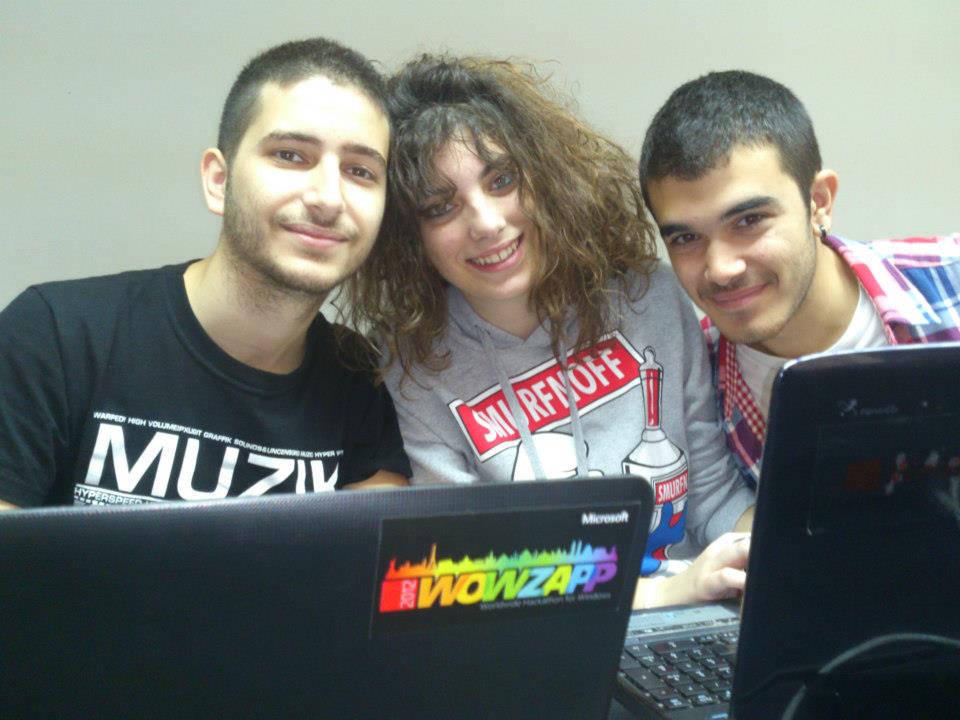 Another notable quality about Jordan is his love for his homeland. In fact, his decision to postpone some of his schooling in order to work was partially motivated by Greece’s economic downturn. He’s convinced that technology jobs are the key to rebuilding Greece economically. And Jordan wants to be a big part of that.

He’s well on his way. CodeBiz has done the majority of their work for major corporations with a lot of cash flow, but Jordan realized he wanted to help companies without the same monetary resources.

Jordan describes this desire. “When I started working on projects and getting paid for them, I mostly worked for big companies. Sometimes, I felt that I had to help humanity, not just make money. So I actually searched for these kinds of organizations and Amnesty International in Greece reached out.” 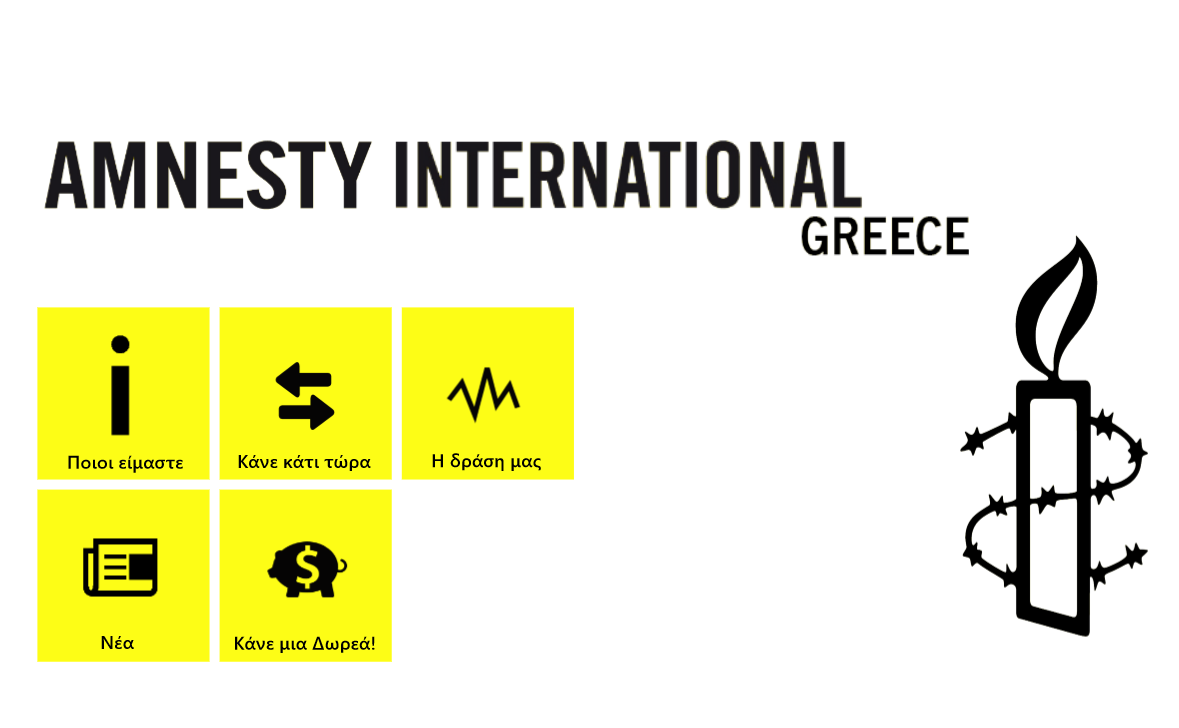 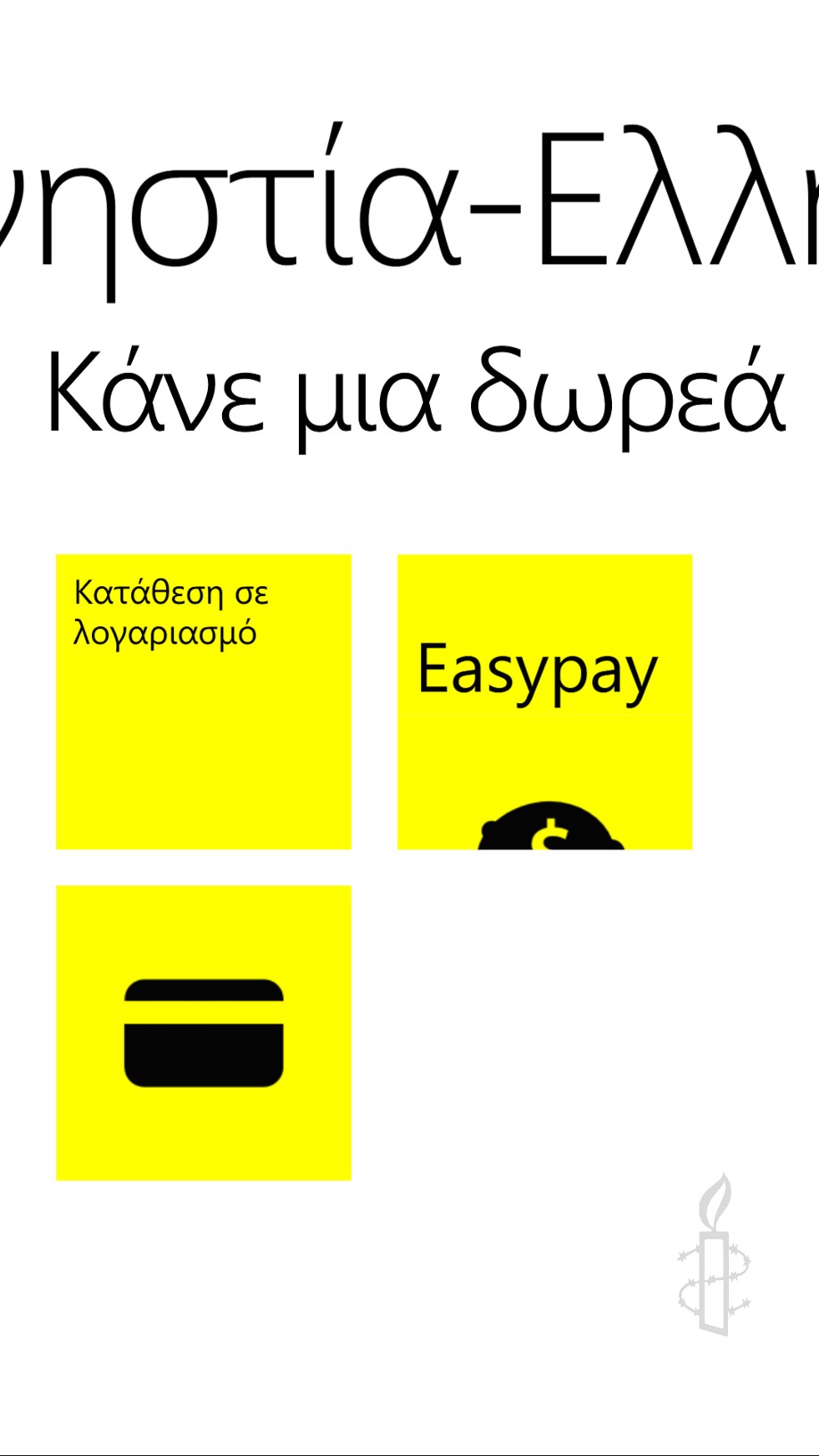 Jordan offered his services to Amnesty International in Greece for free and built them an interactive app for Windows and Windows Phone.

The app provides all the necessary info about the Greek section of Amnesty International. Jordan used Visual Studio 2013 and Blend 2013 to build it.

Jordan encourages young coders to participate in coding competitions, because in technology, “the learning never ends!” and these competitions are a great way to keep on top of new technologies like Windows 10 or Azure and have fun doing it.

Jordan took part in several coding competitions and you can too! Get a team together and sign up today for Imagine Cup ! Or master the basics of cloud computing and Microsoft Azure with Hello Cloud . Or, if you are interested in passing on your programming passion to younger, aspiring coders (ages 6-18), have them check out Imagine Cup Earth , a cool new way to use NASA science together with coding.

Jordan offers his coding skills pro bono for Amnesty International in Greece by building an app of their website.