From Imagine Cup to Xbox One: These developers transformed their demo into a published game!

From Imagine Cup to Xbox One: These developers transformed their demo into a published game!

Since their win two and a half years ago, they’ve been learning and developing new skills to manage their studio and ship a finished game. The team wanted to self-publish so they could stay true to their vision of “TurnOn.”


The spark of life


The team drew inspiration from the Earth Hour initiative powered by the World Wildlife Fund (WWF), as well as video games like “Ori and the Blind Forest” and “Trine” and a short animation called “ Borrowed Light .” During the Imagine Cup competition, Brainy Studio designed “TurnOn” to run on mobile platforms, but in partnering with Steam and Xbox, a revamp was needed.

Using Unity and Visual Studio , they rebuilt every aspect of “TurnOn” except for the concept and art aesthetic. “TurnOn,” divided into five chapters, pays homage to games such as “Guitar Hero” and an intense car chase scene from “ Valiant Hearts: The Great War .”

The game contains no dialogue and very little text, encouraging the player to discover the game’s mechanics through trial and error, to explore and take literal leaps of faith. Against a backdrop mellow jazz—which was available for free online—you play as a sentient orb of electricity, born of an accident at a power plant in Electro City. The accident plunges the town into darkness, and it’s up to you to restore power.

As the spark of electricity, you travel through power lines, solving puzzles to restore electricity to the entire town. You even have boss fights against enemies like a quadrocopter drone. 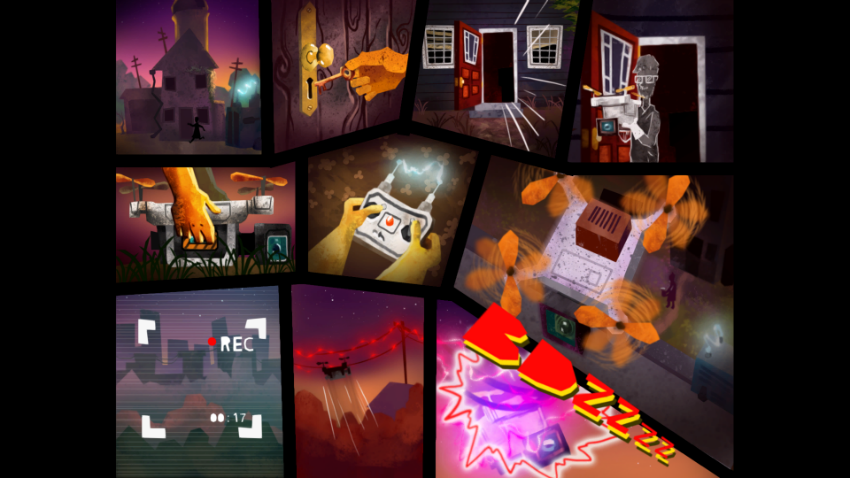 The cutscene leading up to your showdown with a drone

Dmitri said the game, rated E for everyone, is great for casual gamers or those who want to relax, but it was a challenge to tell a book- or movie-worthy story without using text.

The team said that one of the biggest challenges in their development process was making sure that their vision for “TurnOn” would pass the certification requirements for Xbox and Steam. Per those requirements, they created 82 achievements and a save system.


The developers of Brainy Studio call themselves a true indie game studio because they’ve worked on every aspect of “TurnOn” by themselves—from art design to marketing to public relations to publishing on two major game platforms.

Grinning, Evgenii said that they had to live “a very ascetic life” to push through the production cycle. The prize money from Imagine Cup and AppCampus funded development and a little bit of production, but the rest of it has come out of Brainy Studio’s own pocket. Evgenii joked about the truth behind advice from Tim Sweeney, founder of Epic Games, who tweeted, “In game development, the first 90% of a project is a lot easier than the second 90%.”

The four developers recalled the support and camaraderie they felt at Imagine Cup. Dmitri said, “Imagine Cup was our great start in game development,” but it also led the team to build community.

“Though Imagine Cup is a competition, everyone supports each other,” Dmitri added.

The Brainy Studio team still keeps in touch with people they met through Imagine Cup, and in fact, the localization for “TurnOn” was done entirely through the voluntary efforts of Imagine Cup 2014 participants from all over the world, including Brazil, Korea and Hungary. 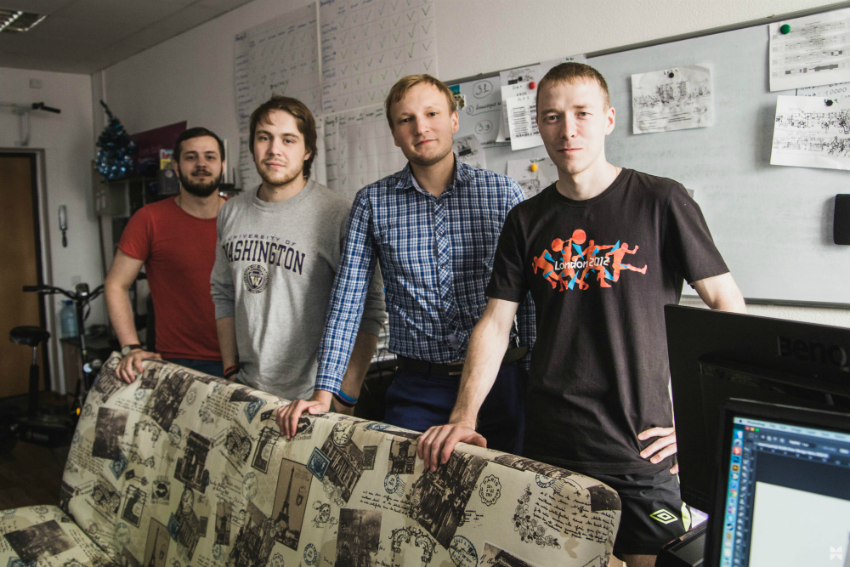 Evgenii said that the people you work with are important, especially if you plan to work on a single idea over a couple of years’ time. He said to find people that you can effectively collaborate with over time.


What’s next for Brainy Studio?


The team wants to keep working together, and they’ve been conceptualizing new games. They’re also in talks with Sony and Nintendo to ship “TurnOn” to the PlayStation 4 and Wii.

Right now, the team’s focus is to tweak “TurnOn” based on player feedback. They regularly watch reviews of their game on YouTube and Twitch, as well as read emails from players, to identity areas of the game that could be improved.

At Imagine Cup, they demoed a level set against the backdrop of Seattle—and its famous Space Needle—so they’re also entertaining the idea of creating “TurnOn” levels in other major cities like Moscow or New York City.

When asked what kind of advice they had for this year’s Imagine Cup finalists, Dmitri said, “If you want to make something good, you should put your soul into it from start to end.”


It’s almost time for 35 teams from around the world to touch down in Seattle. Who will win first place in the Games, Innovation and World Citizenship categories and walk away with $50,000?

Which team will win the grand prize, a private mentoring session with Microsoft CEO, Satya Nadella?