Focus on problems, not solutions, to win hackathons!

Focus on problems, not solutions, to win hackathons! 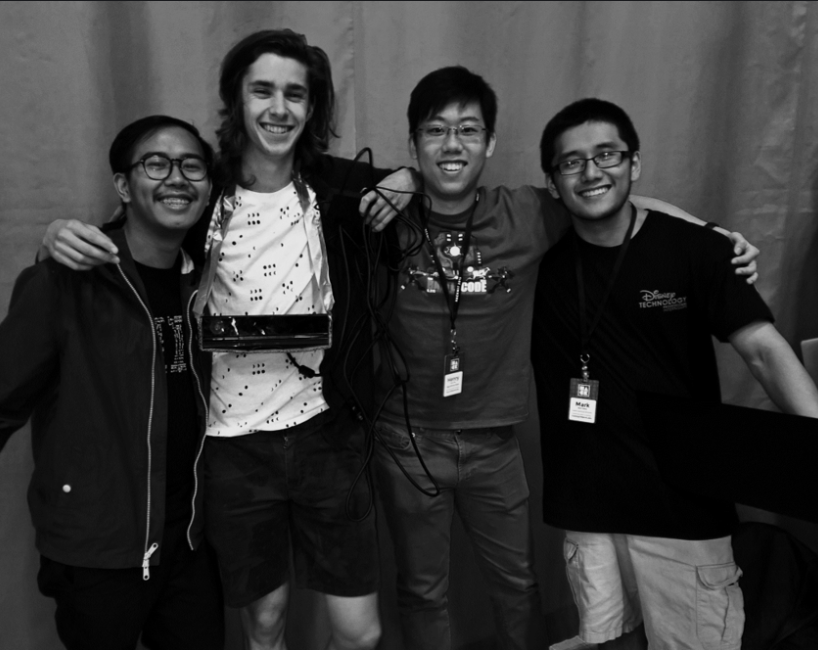 In just 24 hours, Dang Pham, Bowen Baker, Henry Wu and Mark Wang transformed the Microsoft Kinect into a device to help the visually impaired “hear” how close objects are to them. As a result, the team not only won the Microsoft Hack Award at the recent HackMIT event – they took home 2 nd place hack in the overall competition.

But winning seemed to be pretty far from the team’s minds. Bowen emphasizes, “I am not in love with technology; I am in love with the problems technology attempts to solve.”

Focusing on a problem, not the solution, might just be the secret sauce to winning hackathons.

Enter Team Kinarty. The team’s device aims to help the visually impaired navigate and discover the world around them more clearly by using a Kinect and the Clarifai API to convert sight into sound.

Dang (20, junior at MIT) describes the team’s hack this way: “We used the Kinect to generate an obstacle map of the user’s current field of vision. With this map, we’re able to give the user their proximity to obstacles through sound so the user can tell where the obstacles are.”

We are always equally curious and inspired by how these students come up with ideas and execute them in under 24 hours. The possibilities are endless, but sometimes that open-endedness can inhibit creation. For this and many other reasons, hackathons invite sponsors to help students narrow their focus to pinpoint an idea.

In fact, it wasn’t until Team Kinarty saw that Microsoft was offering Kinect devices that they honed in on their idea.

Bowen (21, senior at MIT) says, “When we heard that Microsoft had Kinects available to borrow and that Clarifai was letting teams use their API, it just seemed like they could fit well together to make a device for the blind.” 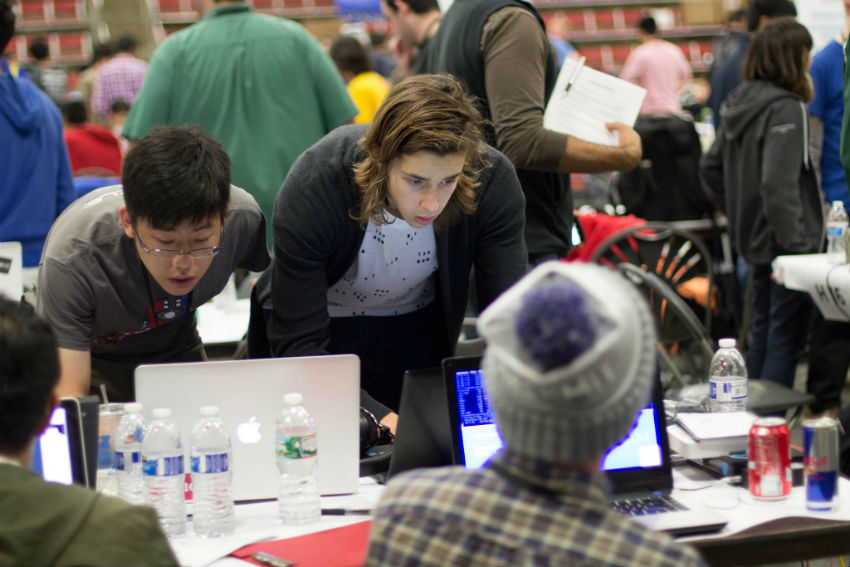 Henry (19, sophomore at MIT) says of his part of the project, “Bowen and I started a four-hour coding session working on one single algorithm. We had to work with this huge, indistinct blob of data from the Kinect. It was generating so much noise, we couldn't get any information.”

In addition to this obstacle and a coding error they had yet to debug, they also began to notice fellow students headed to bed. As the early morning hours thinned out the once-crowded hacking area, they too became tired and somewhat overwhelmed.

Henry says, “At the 3 a.m. mark, we had pieces of the project working, but nothing was really working well. At that point, we were stressing about finishing. So I took a long walk around campus to clear my head.”

Mark (19, sophomore at MIT) agrees. “Yeah, I was also motivated to keep going because I didn’t want to let my teammates down. I wasn’t going to be the guy who left.”

So, Team Kinarty pushed on. 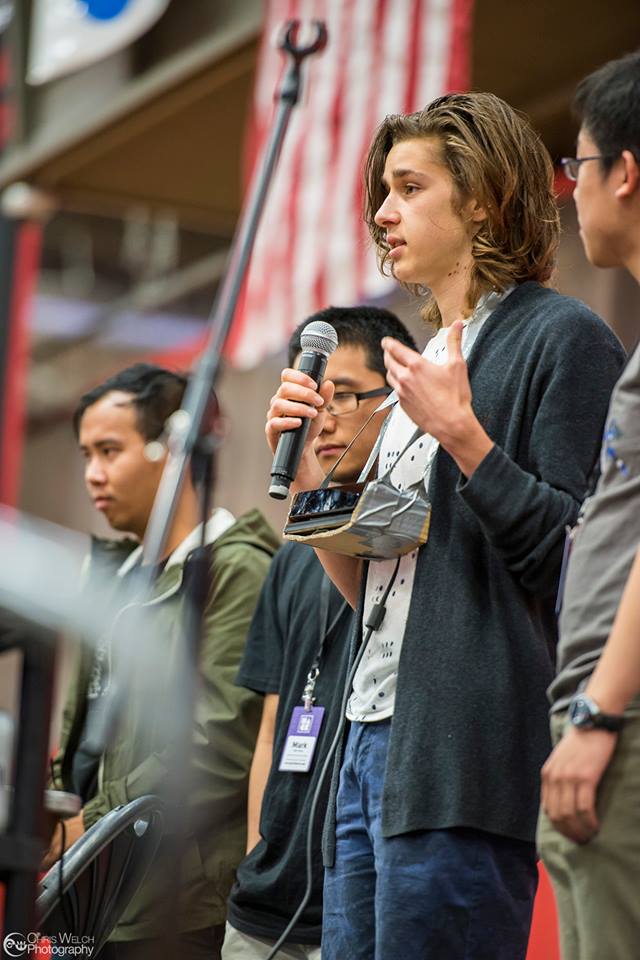 Henry continues. “Gradually, as the hours went on, Bowen and I made the algorithm more accurate, more precise. By the end, we had a really nice map of good data. It felt awesome!”

Mark remembers the moment the device worked for the first time. “We turned it on and it made sounds! That was the most rewarding feeling. We were elated, hugging and giving each other high-fives!”

Bowen adds that he loved what 24 hours does for motivation levels, “I think the best experience for me was seeing the entire ideation-to-a-proof-of-concept process happen in only 24 hours.”

Eager to follow in the footsteps of these hackathoners and create a world-changing app or game? Consider participating in this year’s Imagine Cup . Or, if you’re inspired to see what you can build in the cloud, check out our free Microsoft Azure offer for students or the Hello Cloud contest.
0 Likes
Like