Face to face with Satya Nadella: Find out what the 2016 Imagine Cup Champions asked Microsoft’s CEO!

Face to face with Satya Nadella: Find out what the 2016 Imagine Cup Champions asked Microsoft’s CEO! 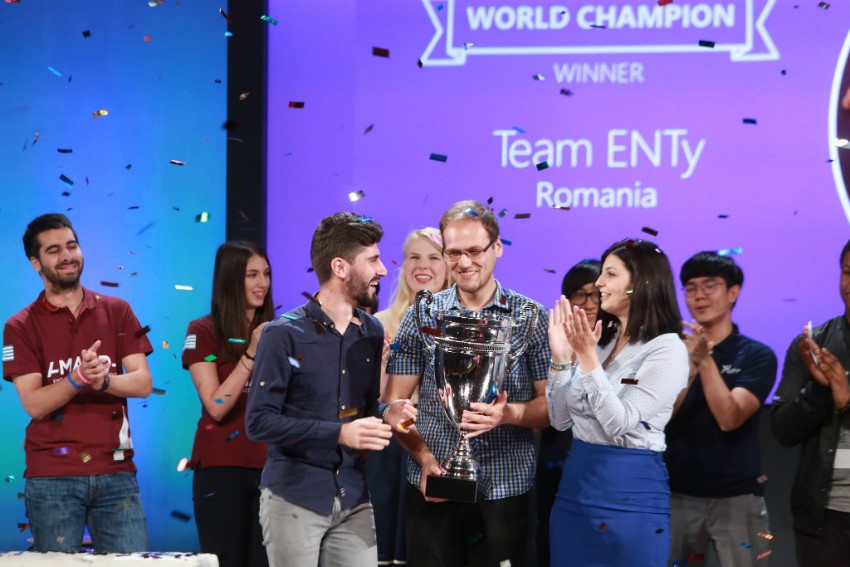 Though the three members of Team ENTy – Flavia Oprea, Iulian-Razvan Matesica and Cristian Alexandrescu – were nervous leading up to the call, Satya soon set them at ease.

“The call with Satya was amazing,” said Flavia. “After presenting and doing a live demo on stage at the Imagine Cup World Championships, we never thought we would feel that anxious and nervous again. But he talked with us like he had known us for years.”

Like any well-prepared team going into a critical business meeting, Team ENTy prepared a host of questions for Satya in the hopes of coming away with a few pearls of wisdom that might help them take their project – a device and solution that monitors balance and posture and has wide-ranging potential for use in the global healthcare industry – to the next level.

Their first question for Satya:  what would he do if he would was a co-founder of ENTy? Satya’s answer provided a great deal of validation for the young entrepreneurs.

“His answer amazed us,” Flavia said. “He told us that he would do exactly what we were already trying to do – make the hardware smaller, get the patents and the certifications for the product, and find good investors.”

A few other important pieces of advice from Satya?

“He told us that we should keep fighting for our product, and that we should hurry up with the launch in the market because timing is crucial when you’re part of a startup,” she said.

Since being crowned the Imagine Cup Champions in July, ENTy has been hard at work perfecting its product, with an intense focus on making it smaller and getting it into the hands of the health care professionals who will be its primary customers.

“We minimized our hardware to a device that’s about the size of a coin,” Flavia said. “Right now, we are testing it in hospitals in Romania, and we are getting the necessary medical certificates for the product’s use in Europe.”

Though focused on the future, ENTy took a few moments to reflect upon the intense, exhilarating experience that is Imagine Cup.

“The best part of our Imagine Cup experience was meeting all those great and amazing people behind the event,” Flavia said. “From Satya himself to our mentor, Joe Wilson, to all the people that helped us have an unforgettable experience.”

Now that the team has gone through the gauntlet of the Imagine Cup competition and emerged the victors, ENTy has this advice for students who may wish to try their hand at winning it all:

“Never stop believing in what you’re trying to do, whether it’s a startup, a project, a song, anything!” Flavia said. “We never thought we had a chance at winning Imagine Cup, but here we are. We just kept going with ENTy. We wanted an amazing experience, and we wanted to meet amazing people.” 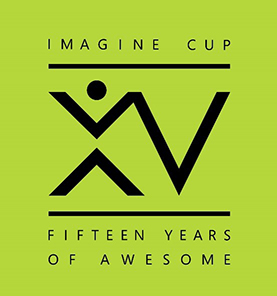 Also, Flavia said, students participating in Imagine Cup should focus their efforts on building “a successful product, not on winning something. Our aim was to make a product that will help doctors and patients, and that is exactly what we did.”

ENTy’s mentoring session with Satya comes at an auspicious time with the celebration of Computer Science Education Week and the Hour of Code earlier this month, both of which, like Imagine Cup, are focused on empowering students to mold the world of tomorrow through the power of technology.

If you’re a student with a great idea for changing the world and potentially impacting millions, be sure to sign up for this year’s Imagine Cup competition , which is celebrating its 15 th anniversary . Not only will you have the experience of a lifetime like Team ENTy, you could also win $100,000!
0 Likes
Like
Share