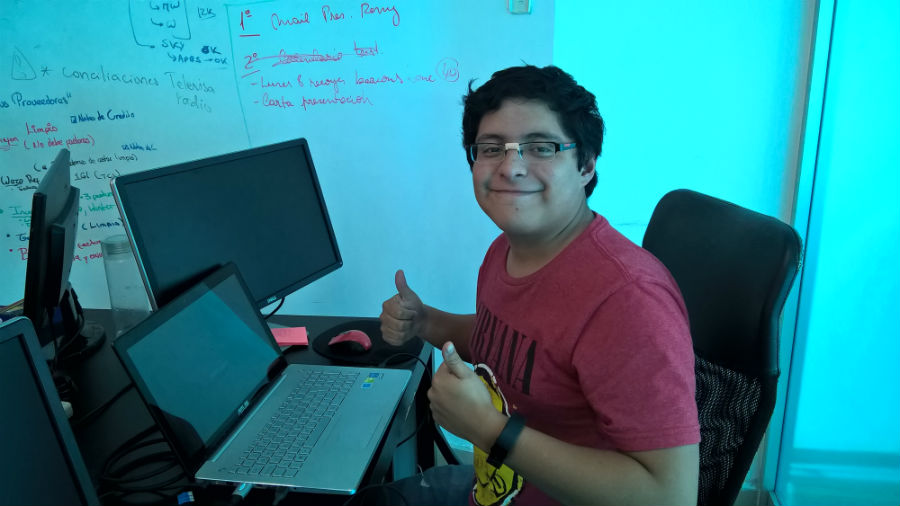 Cristian Gonzalez at his desk as a full time mobile app developer at Gigigo.


If Cristian Gonzalez had built his many apps separately for each mobile platform, they might never have seen the light of day. Thanks to Microsoft Azure and Xamarin, Cristian knows he can save months by writing code once and then deploying it across Windows, Android and iOS. Here’s how he did it.

It all started in March 2011 with a poster Cristian spotted hanging on the wall of his high school in Mexico City. The poster told students to join a Windows Phone app development contest, tempting them with a new Windows Phone device as the prize. Cristian wanted that phone! There was only one problem – he had no idea how to code for Windows Phone.

Cristian was no stranger to programming. At age nine, he helped his dad, an IT pro for the Mexican government, write software for work. At 12, he sold his first software program to a video rental store. Even with all of this experience, Cristian didn’t know C# - the language for Windows Phone development.

So Cristian decided it was time to learn. He picked up a book and taught himself. He created a very simple app, but didn’t win the contest.

Not winning didn’t keep Cristian from trying again. This time, he asked a friend to help, Juliana Peña, a Microsoft Student Partner (who now works in the PowerApps group for Microsoft in Redmond). Together with Juliana, and by binge-watching courses on Microsoft Virtual Academy , Cristian honed his C# skills. In December 2011, Cristian entered and won an LG Optimus 7 Windows Phone. Though the app is out of commission now, Cristian was very proud of the progress he’d made in eight months of teaching himself C# and Visual Studio.

But if he’d wanted to publish that Windows Phone app to the Android or iOS platforms, Cristian would have needed to learn Java or Objective-C. That could have cost him months of work – months he could have spent developing fun new apps.

That’s where Xamarin comes in.

Cristian explained, “My favorite thing about Xamarin is you can create three different applications from the same base code. It is a great opportunity for students who want to create apps for Android and iOS, but who don’t have the time to learn Java and Objective-C/Swift. And it can reduce your development time to weeks instead of months.”

Since that first app back in high school, Cristian has developed 12 apps. Two of his favorites are Donar Vida and Punta Clima Financiero .


Donar Vida is Spanish for “donating life.” This app, currently a work in progress, searches for blood donors in an emergency and creates last-minute appointments at blood donation centers.

Punto Clima Financiero is an app Cristian is developing for Gigigo. It monitors and explains economic and stock market 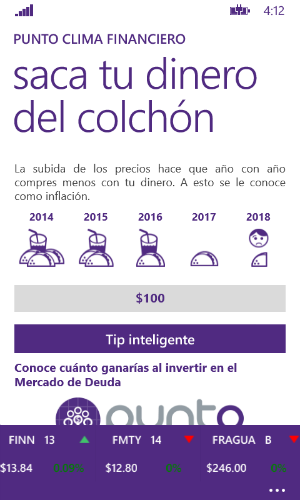 Just recently, he built an app that reminds users of the latest movie releases and provides locations of theaters to see them. “I used Azure Mobile Apps services to build push notifications into the iPhone and Android versions of my app. I had already done it for the Windows Phone app so it took me maybe an hour because of Azure!”

Cristian takes his Azure and Xamarin knowledge to the schools of Mexico City to teach students how to develop apps. All in the same day, Cristian and his fellow Xamarin Student Partners lead students from start to finish in the Microsoft mobile app development process. From activating their Microsoft Azure student offer to using Azure as the backend and Xamarin for cross-platform development, the students create an app in three or so hours. 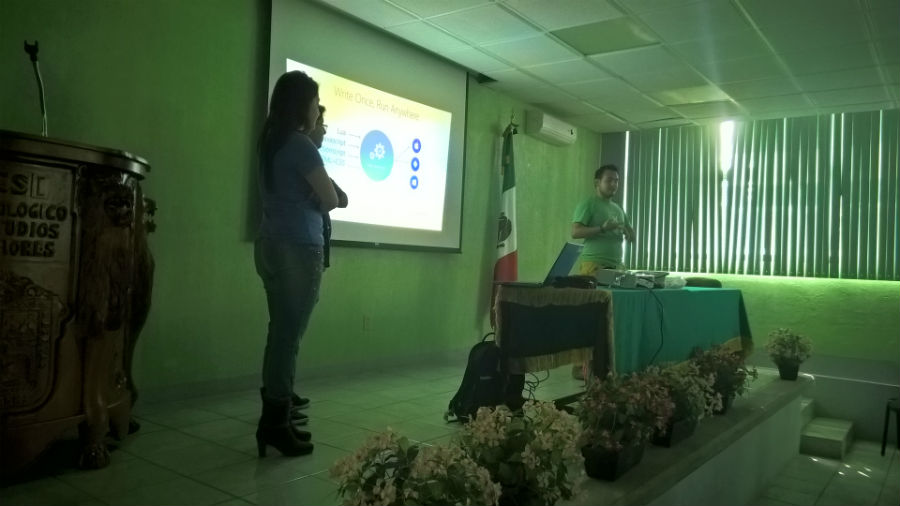 Cristian Gonzalez, right, and other Xamarin Student Partners Edna Miranda and Jordan Reyes, teach students about the time-saving benefits of developing with Xamarin.


Cristian told the attendees of his Xamarin conference, “There’s more outside a classroom than you might think. You can createanything you can imagine. You can solve problems and help others using all you learn. Sure, it’s an amazing experience being a student, but it is better if you have help. Microsoft can do this.”

Time to tap into that offer! Write the app of your dreams – and then publish it across all mobile platforms with Xamarin. Both Azure and Xamarin are free for students and Microsoft Imagine offers tons of support to help you learn how to use these tools fast!

We can’t wait to see what you make.

Ready to hone your app dev skills? Check out these courses on Microsoft Virtual Academy:

Also, there are lots of ways to stay plugged in to Microsoft Imagine: