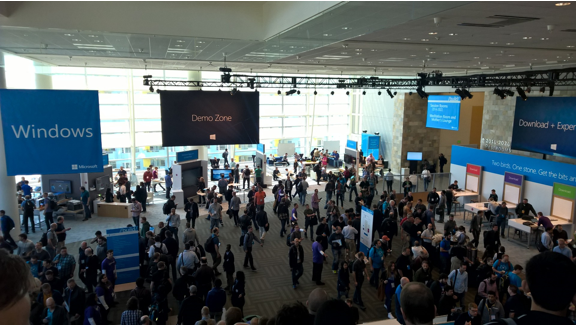 Hi all! This is me again, Steven Cooreman, checking in for coverage of the final day of Build 2015. And let me tell you, it was a blast. The sessions were mostly top-notch, and the actual hands-on experiences on site were also very, very helpful.

The first thing I noticed on the last day of the conference was that there were remarkably fewer people around. Whether that was due to conflicting schedules, the lack of a keynote or something else, I don’t know, but it was surely refreshing not to have to stand in line as much … Oh, and the attendee party the night before could have had something to do with it as well. ;)

Since there is no keynote on day three, I attended a few sessions instead:

And that was it! Overall, I’d say going to Build 2015 was definitely worth it. There were lots of opportunities around for just about every aspect of being a developer. I covered the sessions already throughout the blog posts, but the hands-on aspect of a conference like this, together with the networking opportunities are, in my opinion, positively priceless. If you have the chance to go next year, I’d definitely recommend doing so!

And that’s a wrap! Hope you enjoyed my coverage of Build! And just in case you missed it, be sure to read my coverage of Day 1 and Day 2 of the conference too!
0 Likes
Like