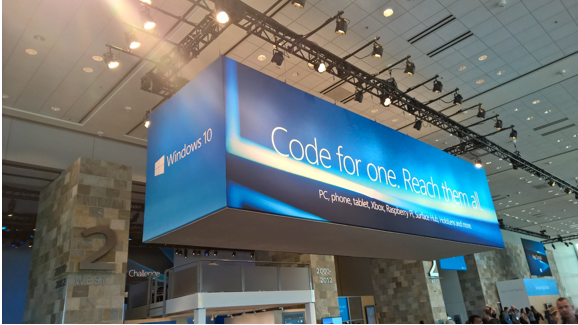 Hi all! This is me again, Steven Cooreman, bringing you my impressions of the second day of Build 2015. And, well, where to start?


While the first day’s keynote session was all about new features and product introductions, the second day’s keynote kept it very close to developers’ hearts. During the two and a half-hour session on Thursday morning, we got practical examples of how to use some of the tools and features unveiled on day one. Perhaps unsurprisingly, that led to a slightly less frantically paced show, and a lot more depth. Still, for a second time, student developers got the first shout out of the show!


We saw some very nice and practical use cases for Azure Machine Learning (more cow!), how to effectively take advantage of multiple screen sizes in a Unified Windows Platform app, and how to integrate existing Android and iOS codebases into Windows Phone.


My main takeaway from both keynote sessions? Look out! Microsoft is back in the game!


Also, I still owe you my take on the sessions I attended Wednesday and Thursday. Allow me to rectify that: 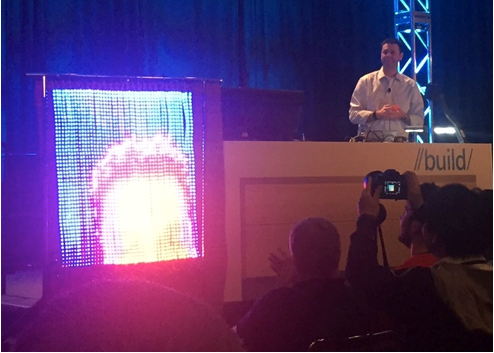 Keep in mind that all sessions will be available for streaming through Channel 9 … You literally have no excuse to not go look on there right now, and pick and choose the ones you like from the smorgasbord of available sessions. I know I sure will.


Of course, not everything at Build is about coding and learning. There’s also time for fun. Case in point: Look at who I came across yesterday, while playing a pre-alpha of “Rainbow Six Siege” … Xbox’s very own Larry Hryb, aka Major Nelson! 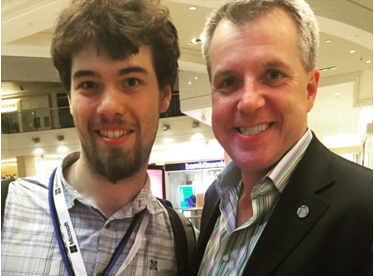