And your new Imagine Cup Champion IS … Team ENTy of Romania!

And your new Imagine Cup Champion IS … Team ENTy of Romania! 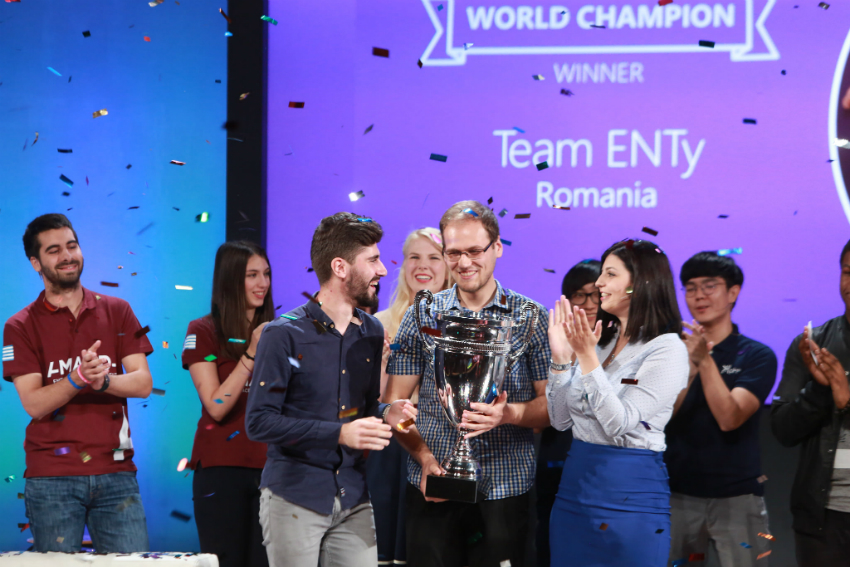 On July 29 th , a new Imagine Cup Champion was crowned – Team ENTy of Romania, creators of a device and solution that monitors balance and posture and has wide-ranging potential for use in the global healthcare industry.

That morning, backpack-bedecked and wide-eyed students streamed into Garfield High School’s Quincy Jones Performing Arts Center near downtown Seattle, ready to find out who would take home the much-coveted Imagine Cup Championship trophy. Excited banter was steady against a backdrop of dance music. A long, white couch for the judges, stools for the finalists and a workstation laid out with two notebooks and a tablet set the stage. 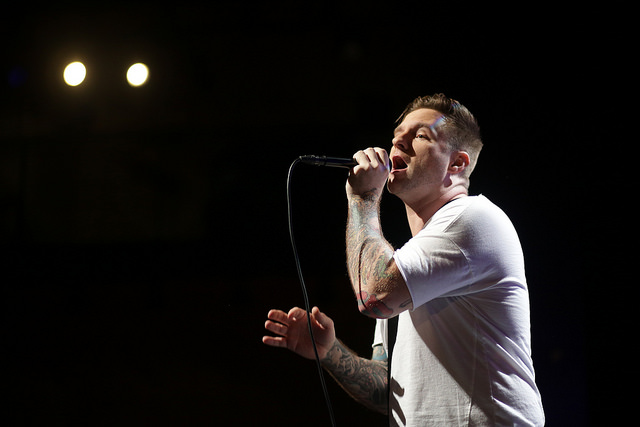 After human beatbox artist and American Idol star Blake Lewis (pictured above) amped up the energy in the packed, 500-seat auditorium, the three first-place teams from the Games, Innovation, and World Citizenship competitions took their places on stage. There, they were met by our three judges – John Boyega, lead actor from Star Wars: The Force Awakens ; Dr. Jennifer Tang, one-half of the duo that won the 2014 Imagine Cup Championship; and Kasey Champion, an accomplished software engineer and Computer Science Curriculum Developer at Microsoft.

Each team had three minutes to present their project, followed by in-depth feedback on how to take their technology and their plans to the next level. Dr. Tang said, above all, the teams should make sure to absorb and enjoy the life-changing experience that is Imagine Cup.

Once the confetti settled, the audience relocated to Garfield High’s gymnasium for a Robo-Hack.


Hackathon participants came from local Seattle high school and Boys and Girls Clubs, and they were quick to settle into their workstations, which were equipped with a robot kit and laptops running Windows 10. About 200 students gathered in teams of four to turn a fleet of blue and white robots into soccer-playing champions.

With the guidance of Microsoft Student Partners (MSPs), teams spent the last two hours of the morning learning how to configure their robot’s Raspberry Pi 3. Using the Universal Windows Platform App, students could control their robots using an Xbox One controller. 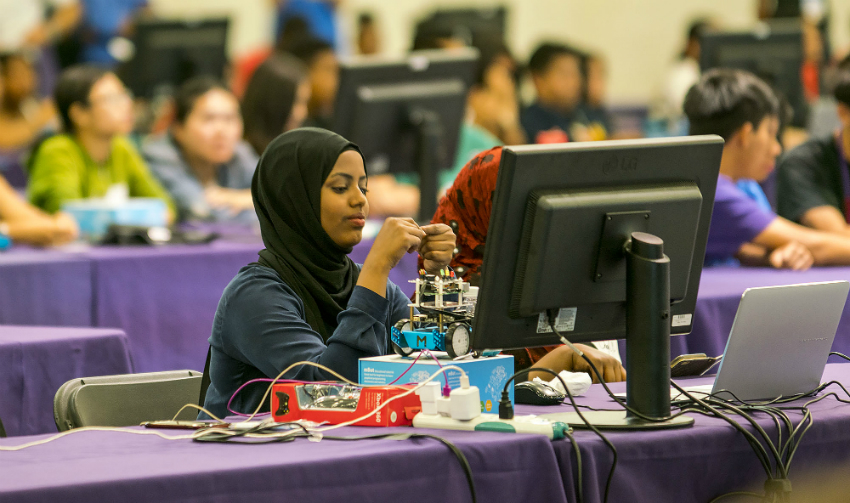 A young developer works meticulously to get her team’s robot together for the Robo-Hack held in the Garfield High School gymnasium after the Imagine Cup Championship.

The students’ ingenuity showed no bounds. Some teams equipped their robots with bits of the packaging it had come boxed in, creating a way to scoop up the ball during play. Other robots were designed not only to gain control of the ball, but to keep the ball inaccessible by the opponent. Another team built an arm onto their robot, which could effectively swipe the ball from another robot’s grasp.

Once their robotic soccer player was built, the teams went head-to-head in a single-elimination tournament.

Students huddled shoulder-to-shoulder around each playing field with an MSP acting as referee. As in real soccer, whichever team scored the most goals won. Fifty teams squared off, and the gym was full of shouts of celebration and encouragement. Cheers erupted every time a goal was scored, and matches continued until 50 teams dwindled to twelve, then six, until three teams remained in the game. 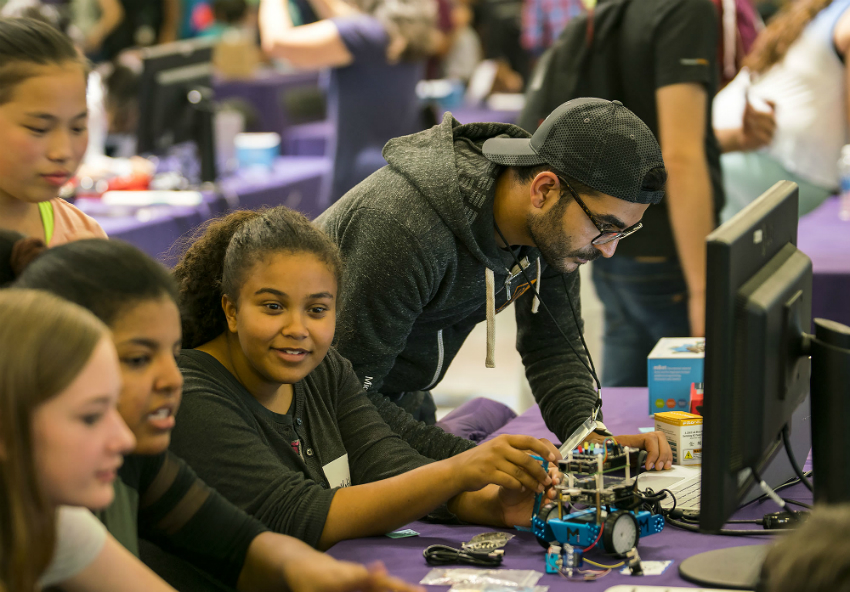 A Microsoft Student Partner guides a young team of developers in readying and programming their robot for the Robo-Hack.


A middle school team from the Boys and Girls Club landed in third place, leaving at least one team member hungry for more. He already had ideas for improvements and wished he could take the robot home.

The energy in the gym was intense and excited as the final two teams—the University of Washington STEMsub and the Garfield High “Dawgbotics” Robotics team —faced off for the title of Robo-Hack Champion.

The teams tied — twice! — and the Robo-Hack championship came down to which team could score the most goals in one minute. Victory went to Garfield High’s robotics team!

The Dawgbotics congratulated each other on their first-place win with fierce hugs and high-fives. Each team member was awarded an Xbox One, an HP Spectre and a Robo-Hack trophy.

The students piled their trophies into the arms of their teacher, Earl Bergquist, as soon as the competition ended with the request to put them on display.