Do I need to uninstall and reinstall the SQL Server engine?

Do I need to uninstall and reinstall the SQL Server engine?

Sorry this is long, but I need to show some context so people will understand that the object of this is for the user to get back to using Dynamics GP 10.0 with the original database.

I have an occasional customer who has been using Microsoft Dynamics GP with SQL Server Express 2005 on a Server 2003 to run his small distribution business.  I have been asked to come out and fix this old relic now and then (I recently needed to replace his DIMMs.)  His software is installed on his C drive (RAID1) while his data has been kept on his D drive (RAID5.)

His RAID5 drive was apparently running on two drives with one marked as missing and now one of those drives failed.  Luckily, he had a recent backup of the D drive.  I have replaced the RAID drives and put back his files from the backup. I also restored his database on SQL Server Express 2012 on my laptop just to make sure we had his data.

He needs this to run on his server so we can access the data through Dynamics GP.  By the way, he was in the middle of moving all this to the cloud with some other company, but he needs to export certain tables from Dynamics to them (I'm not a SQL Server developer so this giant jumble of tables aren't very helpful - I exported some "Views" to CSV for him but there's quite a bit else I can't deal with.)

So today, on the server, I ran his SQL Server Management Studio and though I could not connect to the non-existent database, I chose Object Explorer and then right clicked Database in the left menu and then chose Restore database. His database was listed in the dropdown and I selected it. I played around in there trying to figure out how to connect to the BAK file I had copied to the new RAID5 drive but then figured I had to use the SCRIPT button. Amazingly, the script filled itself in with the correct path to the external drive that contained the backup! The problem is that it executes with errors. See attached image.

Does this mean that I need to reinstall SQL Server Express 2005?  Is this going to break anything?  Any advice would be appreciated before I press on. 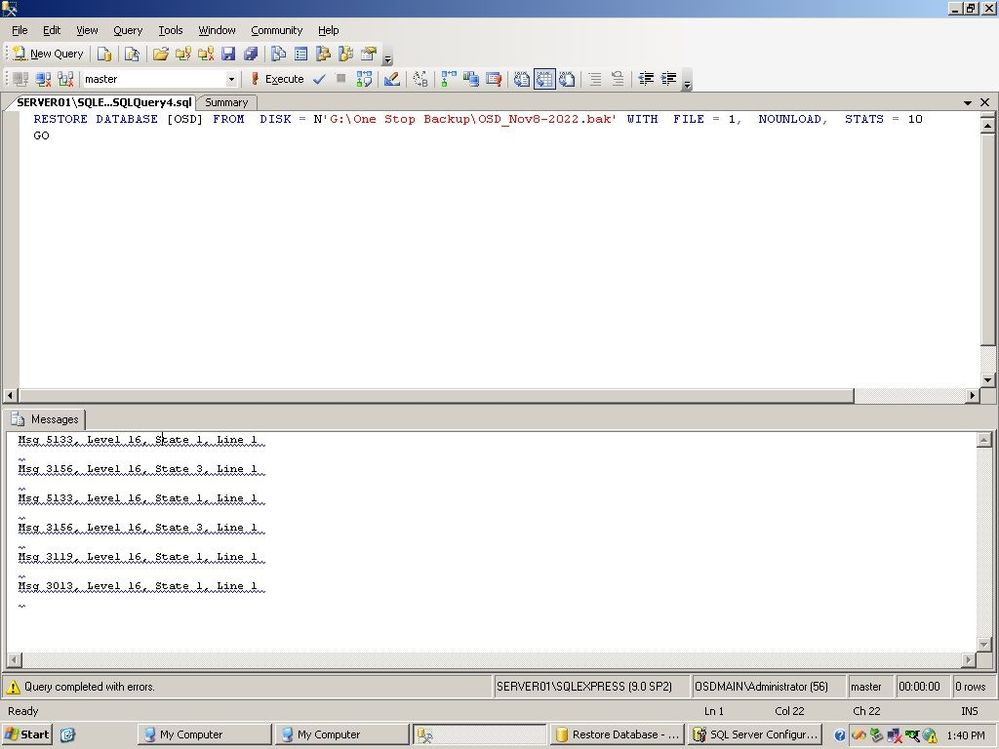 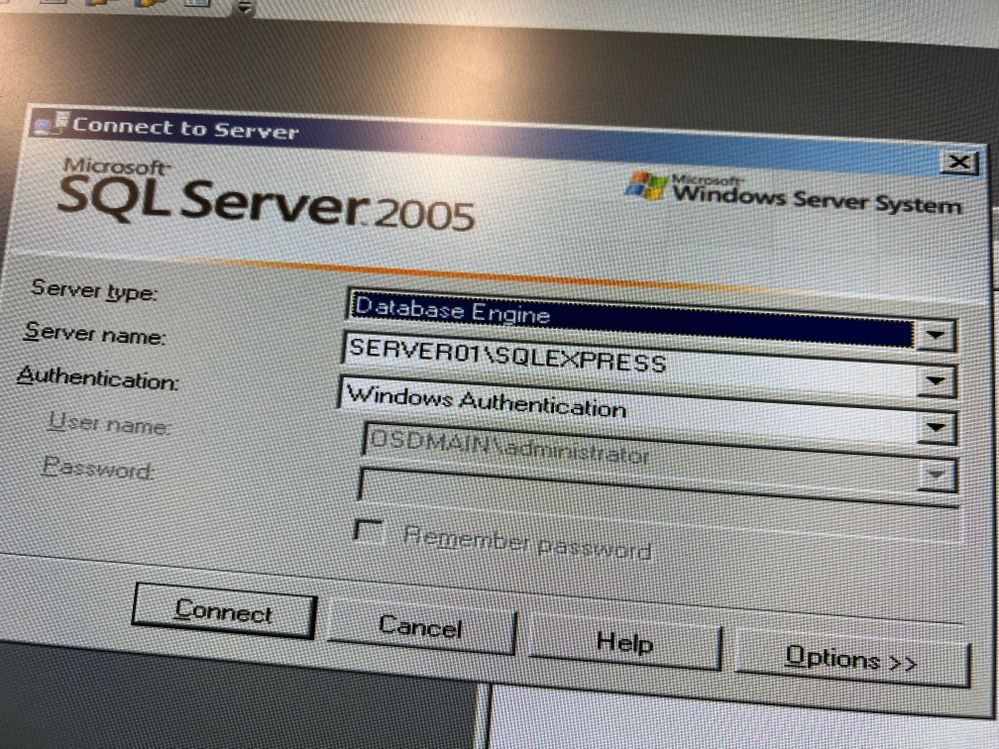 Re: Do I need to uninstall and reinstall the SQL Server engine?

The problem is that it executes with errors. See attached image.

@kdrew098 , the images are to small, I can't see anything. Please post the SQL statement and error messages as text.

Re: Do I need to uninstall and reinstall the SQL Server engine?

This is from the picture. Based on that, someone sent me a link that got me closer. I'll put in the new code after that. It gets me a new error but I know I'm closer because I now have used the RESTORE FILELISTONLY query to get the actual names of the .mdf files. I'm still getting errors - but they are new errors.
RESTORE DATABASE [OSD] FROM DISK = N'G:\One Stop Backup\OSD_Nov8-2022.bak' WITH FILE = 1, NOUNLOAD, STATS = 10
GO

I created those folders on the D drive to match the above
Now I adjusted the script: