This is an extension to by previous post about SQLIOSim data integrity testing.
http://blogs.msdn.com/psssql/archive/2008/03/05/how-it-works-sqliosim-checksums.aspx 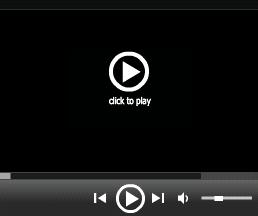 
SQLIOSim is NOT designed to be a performance testing utility as it combines known I/O patterns with random patterns in an effort to test the data integrity capabilities of your I/O path.  As an example, some of the testing phases perform unbounded I/O as we have encountered some drivers that will cause blue screens when the I/O depth becomes aggressive.

We recommend you execute SQLIOSim on all I/O paths before you install the actual SQL Server components or anytime you encounter data integrity issues.

SQLIOSim can be downloaded from the web ( http://support.microsoft.com/kb/231619 ) and is also installed with the SQL Server 2008 components in the MSSQL\BINN location.  There are builds available for x86, x64 and ia64 platforms.

For most systems, including those with suspected I/O problems such as checksum failures, edit the default.cfg.ini in your favorite text editor.   Update or add files that exercise the same I/O path as the SQL Server database files.

Note: Be sure to increase the size of the files so that any hardware cache performs physical I/O during the tests.   Using files that are smaller than the hardware cache does not exercise the I/O path fully.

Note: You typically have to run the utility with elevated administrator privileges.

Default: We recommend at least 10 test cycles at 300 seconds per cycle using the default.cfg.ini for a basic test.

The log file contains various details about each test pass executed.  We recommend you enable stop on error.  If SQLIOSim encounters an error that would lead to possible data integrity issues details are logged and the testing is halted.

How to use the SQLIOSim utility to simulate SQL Server activity on a disk subsystem
http://support.microsoft.com/kb/231619

What do I need to know about SQL Server database engine I/O?
http://blogs.msdn.com/psssql/archive/2006/11/27/what-do-i-need-to-know-about-sql-server-databas...