Turn on suggestions
Auto-suggest helps you quickly narrow down your search results by suggesting possible matches as you type.
Showing results for
Show  only  | Search instead for
Did you mean:
SQLCMD 2014 fails to authenticate via Kerberos
By

SQLCMD 2014 fails to authenticate via Kerberos


Understanding of the issue :

When we try to execute a query on a SQL server from a remote machine using SQLCMD.exe, the connection goes via NTLM rather than KERBEROS even though all the pre-requisites for the Kerberos authentication is fulfilled.

When using SQLCMD of version 2012 and below, the connection goes via Kerberos provided the prerequisites are fulfilled. 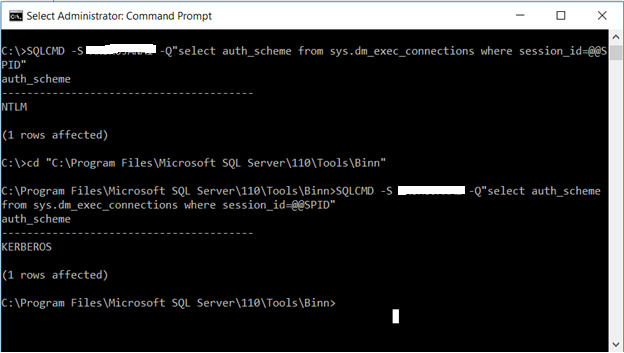 This behavior is seen only in SQLCMD, but when the same query is run through SQL Server Management Studio (SSMS), it goes via Kerberos irrespective of the SSMS version. 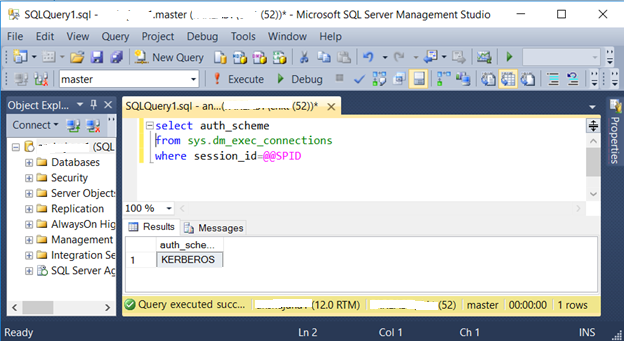 It is a by design behavior with SQL 2014 that the SQLCMD requires SPNs with a NETBIOS name in order to go through Kerberos.

In case you are still facing the same issue, please reach out to CSS team.