Turn on suggestions
Auto-suggest helps you quickly narrow down your search results by suggesting possible matches as you type.
Showing results for
Show  only  | Search instead for
Did you mean:
SQL Server Unconstrained Delegation failing after 10 hours
By

After the Windows updates from November 2020, you might be facing some issues running Bulk Inserts or working with linked servers, if you keep an open session for more than 10 hours.

Some recent changes were done on the Windows side when it comes to the way S4U (Unconstrained delegation) Kerberos tickets work.

This is a long existing SQL issue where it expects to be able to have long lived delegatable sessions without the user ever re-authenticating.  This issue is normally hidden by the fact that you can renew the TGT for up to 7 days by default. However, a recent patch for PerformTicketSignatures was released and the default setting does not issue renewable tickets.

To solve this problem, there are two possibilities: 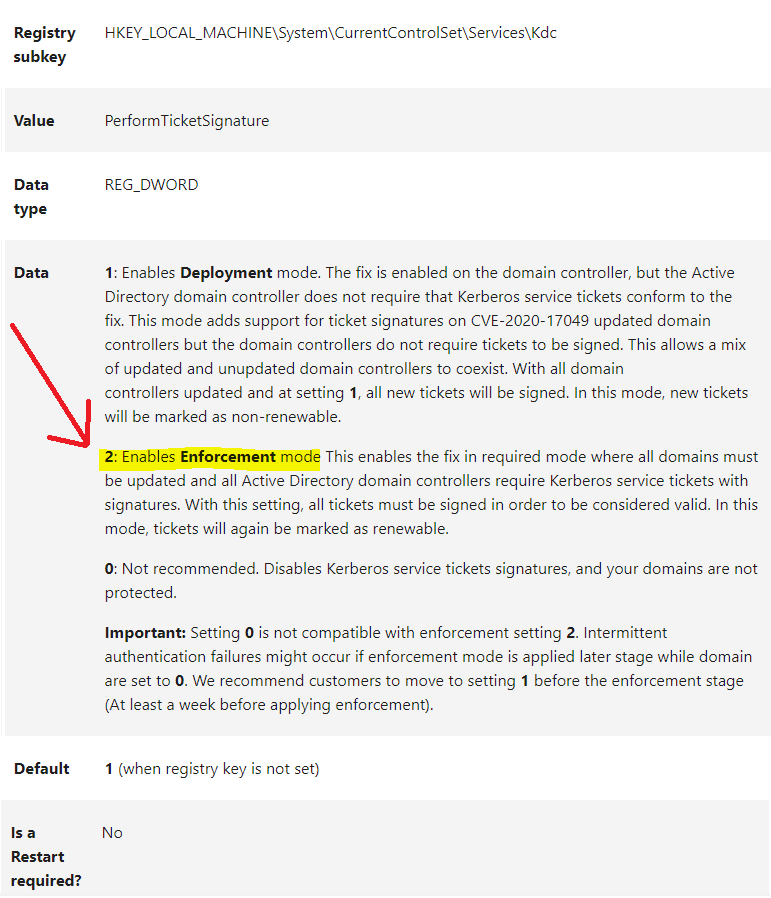 Thank you to @dineu , Support Escalation Engineer from SQL Server Networking Team, for your help writing this post.