I was in the process of setting up a repro for another Blog I’m going to be posting and ran into an unexpected situation.  My VM was running Windows 2003 and I had installed SQL 2008.  I was then going to upgrade to Windows 2008 Server and came across the following message: 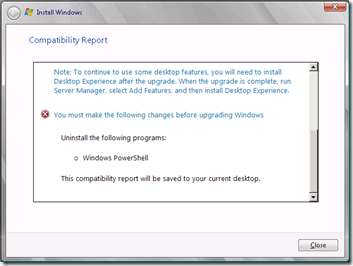 When you install SQL 2008, we will install PowerShell if it isn’t already installed.  This will block the upgrade to Windows 2008 until you uninstall PowerShell.  Also Note that PowerShell can be installed in multiple ways and you could end up hitting this without SQL being on the box.  It isn’t exactly and issue with SQL, just that we put PowerShell on the box as it is a dependency for SQL.

To uninstall PowerShell, we just need to go to Add/Remove Programs within Control Panel.  I had to check “Show Updates” to be able to remove it. 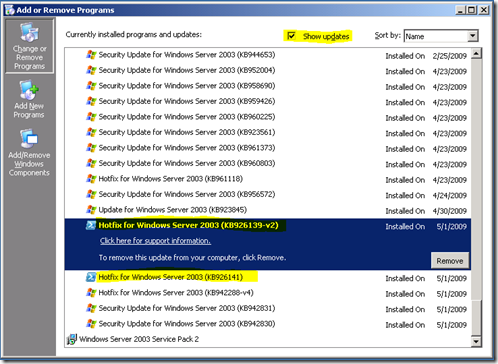 When you go to uninstall PowerShell, you will get the following Prompts: 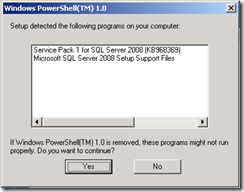 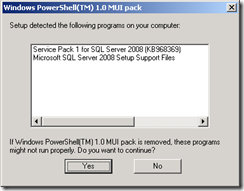 One is for the PowerShell Uninstall, the other is for the Multi Language Pack.  I uninstalled the MUI Pack first.  After these were uninstalled, Windows 2008 was able to install correctly.  Once Windows 2008 is installed, you will need to go back and install PowerShell.  In Windows 2008, it is a feature of the OS and can be added through the “Add Features Wizard” within the Server Manager. 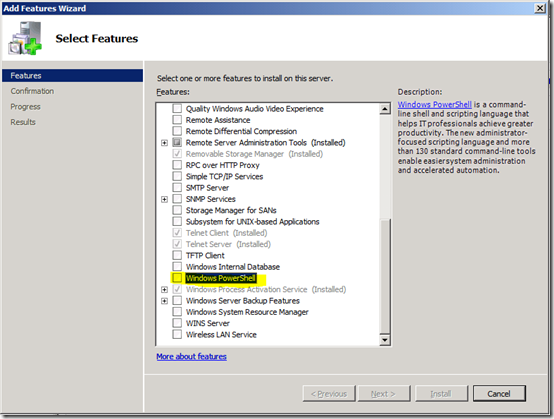 Once that is done, you should be good to go!