With codeplex shutting down, we have moved SQL Nexus to github with a new release (6.0).   Now both Pssdiag/SQLDiag manager and SQL Nexus are on github.

Where to get it

As you navigate to SQL Nexus , you can download code and released binary files.

If you choose to download binary files, you can go to releases and download the zip file. 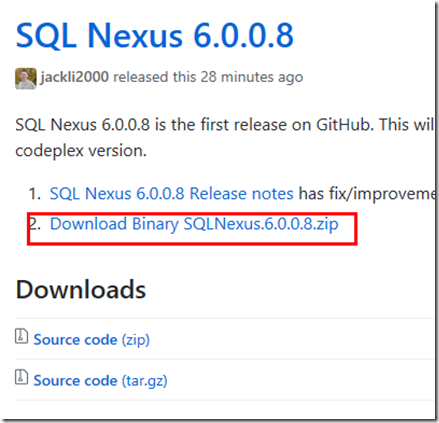 Complete release notes is at https://github.com/Microsoft/SqlNexus/wiki/SQL-Nexus-6.0.0.8-Release-notes

You can also report issues and do pull requests directly from the website.  We will monitor issues.  If you do a pull request, we will review and decide to merge