Turn on suggestions
Auto-suggest helps you quickly narrow down your search results by suggesting possible matches as you type.
Showing results for
Show  only  | Search instead for
Did you mean:
Advanced Dimension security in SSAS
By 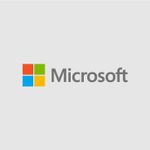 
Well first, for this new article, we’ll try English for a change, after this quick French foreword :


I’ve recently had to dive in SSAS dimension security for an architecture advisory. And I’ve come across a two frustrating issues which, seeing the couple of unanswered related threads on the Net, deserve I think a blog entry.


What I wanted to do was to limit the “Geography” dim Members in Adventure Works for a given role, similarly to the following MDX query :


The Axis 1 is limited to children members of France (therefore member State-Province level), for which exists Reseller sales.


This basically removes Charente, Gers, Moselle, Somme and Yvelines from the full 18 children list, down to a 13 member list.


Thus I (naively maybe, but I’ve to admit our product documentation is not too detailed here) copy pasted my axis definition in my new role “Dimension Data’ Advanced tab for the State-Province attribute.


Syntax Checking from within the popup MDXBuilder window was happy with it… But , the ‘Check’ button from the Advanced tab didn’t agree ! It threw the following error :

The full english message being :

I tried many things to get through this message, retyping the syntax differently etc… Finally, I found out that there’s a bug in the GUI that will throw this error whenever a dimension different from the one being secured is referenced.


Well, I had eliminated a first issue, and ignored the warning but then I discovered this new error when browsing the cube in BIDS under my role’s context:


What was worrying is that I got the same error when defining my allowedset to the following : {[Geography].[Geography].[State-Province].&[91]&[FR]}. So nothing to do with referencing another dimension.


So I played it humble, and checked what the “Basic” Tab interface would generate if I clicked ‘Essone’ in the member list GUI : it generated {[Geography].[State-Province].&[91]&[FR]}


Well we’re securing attributes, not user hierarchies (which may or may not reflect the attribute relationships by the way). So on second thought it’s not surprising that the engine is expecting a list of members of the very attribute hierarchy being secured.


The important thing is what the MDX expression returns. We can use User Hierarchies in the expression, as long as we end up with a set of the secured attribute’s members at the end, so where {[Geography].[Geography].[State-Province].&[91]&[FR]} would fail, this would succeed :

Therefore I rewrote my initial expression as follows :

Which ends up selecting the same members as with my initial MDX statement, but defined by their attribute hierarchy ‘coordinate’ this time. This expression still generates the ‘Check MDX script syntax failed’ error in BIDS GUI, but as mentioned earlier, ignoring it and saving the role will then enable the expected security behavior when browsing the cube under the role security context.


(NB : linkmember only works against single members, and therefore requires a more complex GENERATE-based query if a set needs to be processed.)


Conversely, using [Geography].[Geography].[City].&[Lille]&[59] (ie a member of the City attribute) as MDX expression for State-Province attribute won’t raise any error with the ‘Check’ button, since it references an attribute hierarchy of the current dimension, but it will expectedly generate an error when we browse the cube and security is evaluated.


Hope this can help avoid some frustration for SSAS users :)