SSIS Scale Out is available in SQL Server vNext CTP1

First published on MSDN on Jan 20, 2017
Previously, SSIS package execution is limited to a single machine. However, the new feature Scale Out, available in SQL Server vNext CTP1 has broken the limit.

Scale Out provides parallel package execution by distributing the executions to multiple machines so that the overall execution time can be significantly reduced. The user is able to submit a job of running multiple packages and these packages will be run in parallel on different machines. In the past, when package execution processes compete for resources such as CPU, memory etc., user will have to manually set up multiple machines with multiple SSIS catalogs and they have to write scripts to trigger execution themselves. With the Scale Out feature that is available in SSIS vNext CTP 1.0, all of these burdens are removed. You can scale out your package executions easily both on premises or on Azure VM as IaaS.


Execute packages in Scale Out 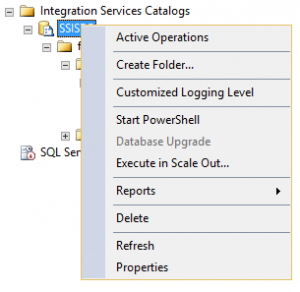 In the “Execute Package In Scale Out” dialog, multiple packages can be selected to execute. Each individual package can be configured just like executing on local machine.

Set up a hybrid SSIS Scale Out 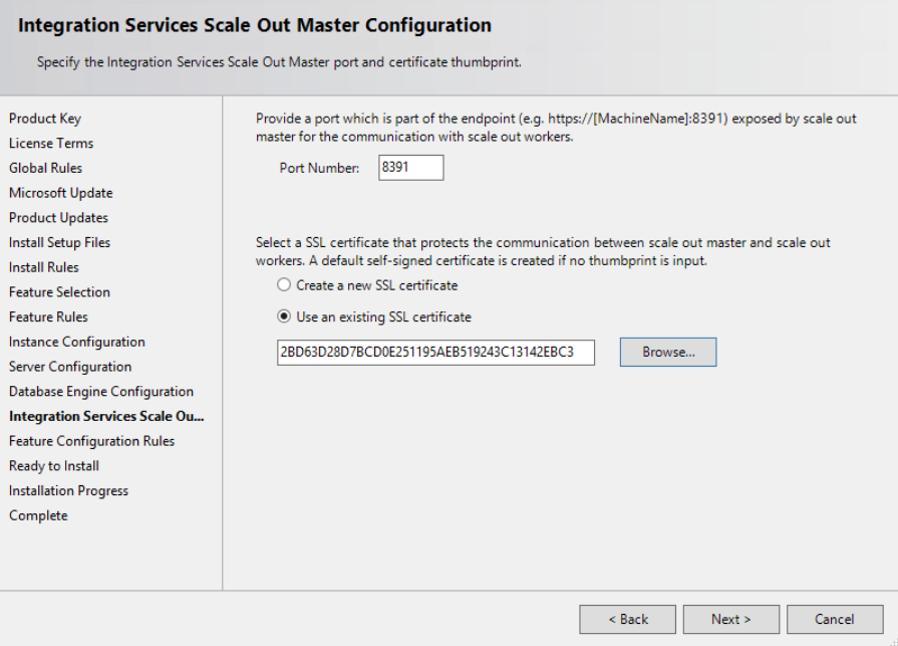 The reason is that the default created certificate does not contain public IP in the CNs, which will lead to the unsuccessful connection from on premises Scale Out Worker later. The certificate can be created and installed through the following command:

(In future releases, the user will be able to set CNs if “Create a new SSL certificate” is selected.)

4. Install Scale Out Worker on Azure VM and on premises and install Worker certificates to the VM of Scale Out Master
Remember to specify public IP in Master endpoint for on premises Worker and private IP for on cloud VM.

After setting up a hybrid SSIS Scale Out, you can enjoy manage on cloud and on premises resources with one SSIS catalog.

SSIS Scale Out supports choosing the machines to execute packages in the “Machine Selection” page of “Execute Package In Scale Out” dialog. As a result, you can easily choose to run the packages on cloud or on premises. To ensure the package is executed, at least one of the workers you selected must be enabled.