Turn on suggestions
Auto-suggest helps you quickly narrow down your search results by suggesting possible matches as you type.
Showing results for
Show  only  | Search instead for
Did you mean:
Overview of the DQS Cleansing Transform
By

Overview of the DQS Cleansing Transform


Data Quality Services is a new SQL Server product in Denali which provides data cleansing capabilities. This post describes how to make use of the DQS Cleansing Transformation which is part of the default set of SSIS data flow components.


The DQS Cleansing transform can be found in the Data Flow Toolbox. 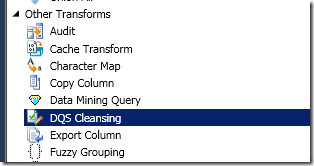 The first thing we need to set in the DQS Cleansing Transformation Editor is the Data Quality Connection Manager. This will point to our DQS installation residing on a SQL instance. 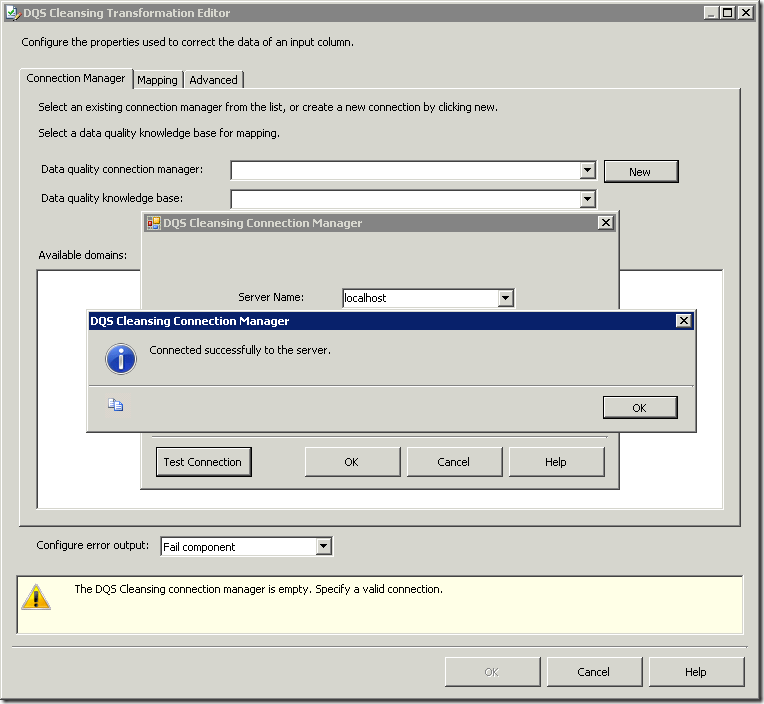 Once the connection manager has been created, you select the Knowledge Base (KB) you want to use. The current CTP comes with a default “DQS Data” KB, which contains domains that you’d use for address validation (at TechEd they mentioned that the final release may include additional domains out of the box). Selecting the Knowledge Base you want to use will bring up its list of domains. 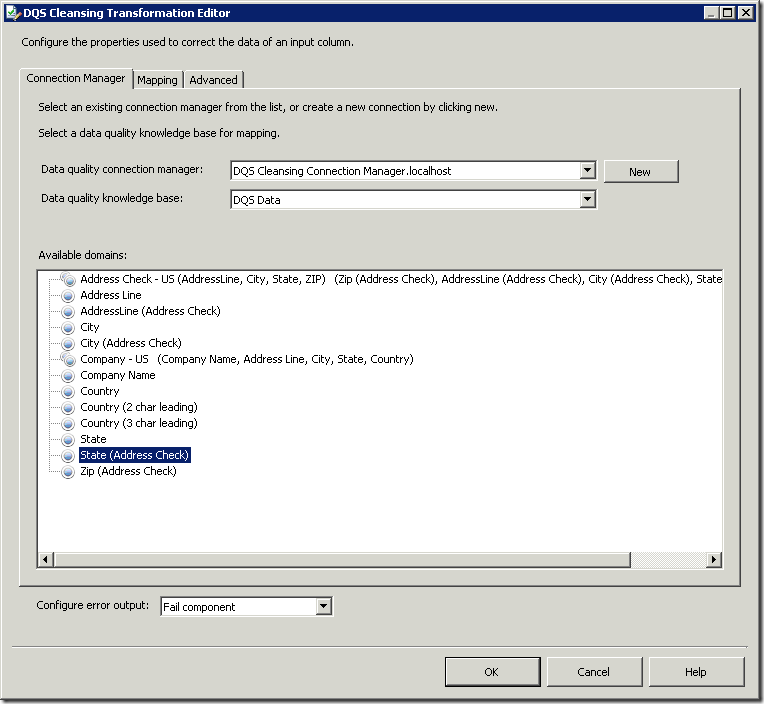 There are two types of domains in this list; regular Domains (ex. City, State, Zip), and Composite Domains (also called CDs), which are made up of two or more regular domains. Composite Domains allow you to validate multiple fields as a single unit. For example, the “Company – US” composite domain in the default DQS Data KB is made up of Company Name, Address Line, City, State and Country. This lets you validate that “Microsoft Corporation” (Company Name) exists at “One Redmond Way” (Address Line), “Redmond” (City), “WA” (State), “USA” (Country) (given that you have the appropriate CD rules in your knowledge base, or the CD is attached to an online reference data provider ). DQS would flag the entry as incorrect if you had “Seattle” as the City – even though Seattle is a valid city name, that’s not where the Microsoft office is.


There are two ways to make use of Composite Domains in SSIS:


The Mapping tab allows you to select the columns you want to cleanse, and map them to domains in your knowledge base. 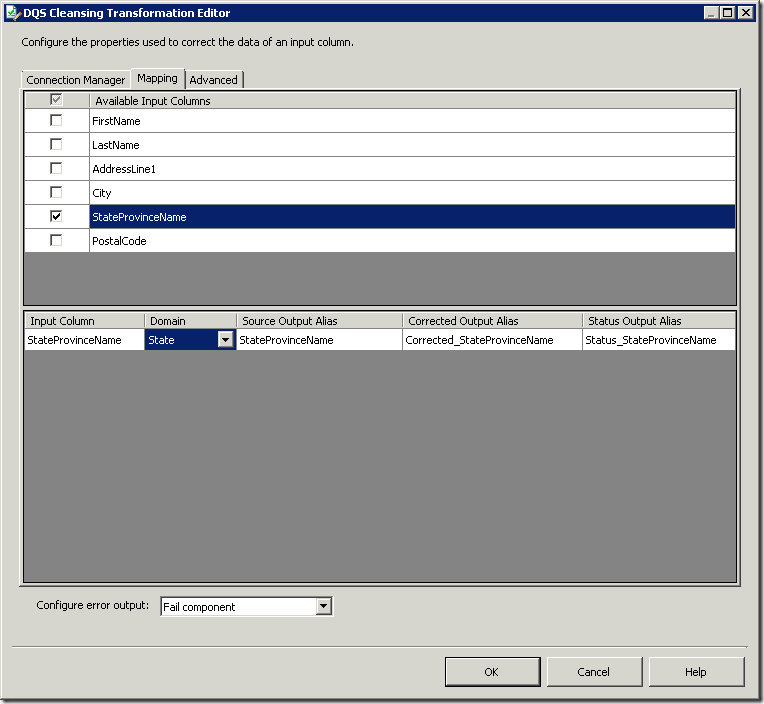 Note that the Domain drop down will automatically filter out columns with incompatible data types (for example, it won’t show domains with a String data type if you are using a DT_I4 column).


The Advanced tab has number of different options – most of which control the columns that will be included in the output. 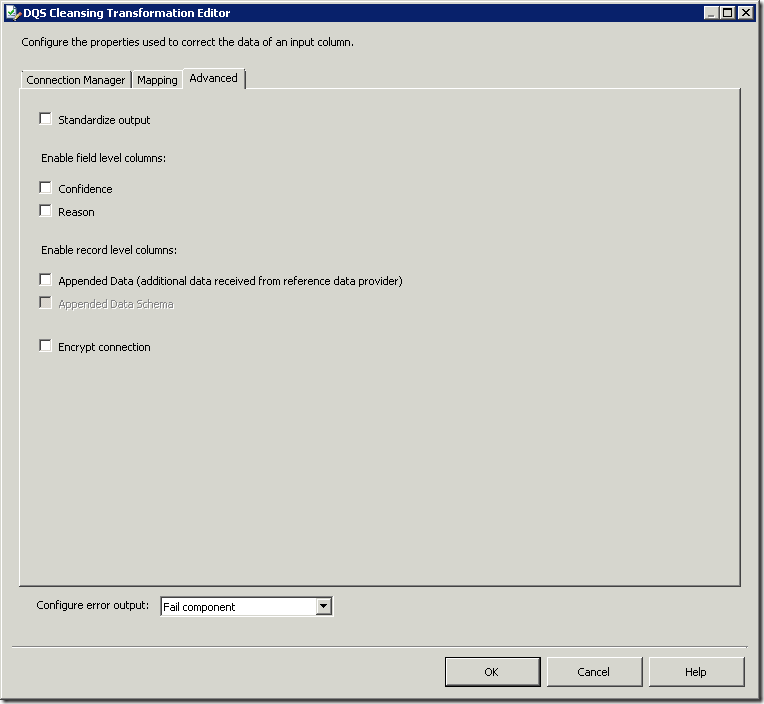 After mapping one of my input columns (StateProvinceName) to one of the domains (State), I check the Confidence and Reason boxes on the Advanced tab, and click OK to save the changes. If I connect the path to another transform and look at it’s metadata (right click on the path, Edit … and click the Metadata tab), I can see that four columns were added for each input column I chose to cleanse – Corrected_<column>, Status_<column>, Confidence_<column> and Reason_<column>. The first two show up by default – the last two are there because of the options I selected on the Advanced tab.


The Corrected column will contain the value for the field, whether or not it was corrected by DQS. This is most likely the field you’ll want to use later on in your data flow.


The Status column will contain the result of the correction operation. Possible values are:


Some things to note about the DQS Cleansing transform: