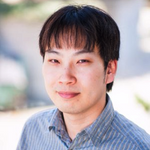 We're officially announcing the release of mssql-django v1.0 as an open source project!

At Microsoft we've heard from the community loud and clear - SQL Server is the biggest enterprise backend not yet fully supported in Django.

That's about to change.

This project picks up where previous open source projects have left off. We began with a series of preview releases in February 2021, and we're pleased to officially bring Microsoft support to SQL Server and Azure SQL DB with this version's official release.

Our goal is to provide a Microsoft-backed 3rd party backend for Django, while leaving open the possibility of adding MSSQL as a Django core backend in the future (depending on what turns out to be the best for the community).

Get started by visiting the open source project on the Github repository. Information about the project can be found in the Github wiki including Getting-Started instructions. After installing dependencies, configuring Django is achieved by updating the settings.py file:

We encourage you to get involved by asking questions or contributing to the project in Github. We are active in the repo on a daily basis and look forward to collaborating!

Big thanks to everyone who has contributed to this open source project. This includes individuals and groups such the django-pyodbc developers, Michiya Takahashi and ES Solutions AB.