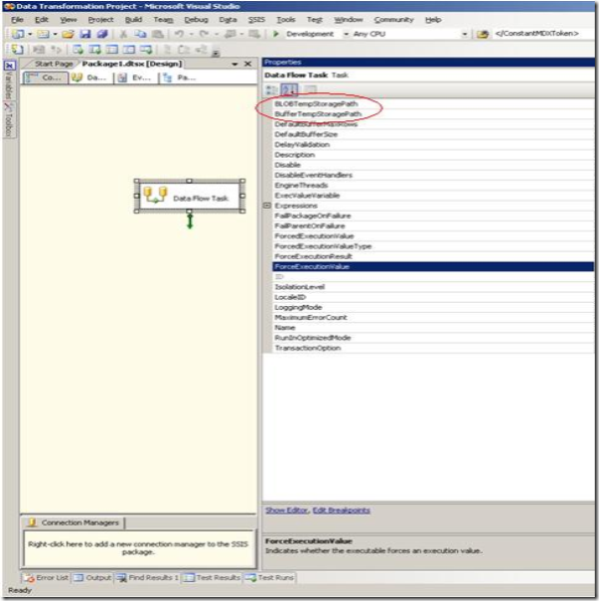 Now what could cause a buffer to swap? There are two possible causes. The first one is when a memory allocation fails. The second one is when Windows signals the low memory resource notification event. Both will trigger SSIS to reduce its working set. SSIS does so by moving buffer data to disk.


When BLOBTempStoragePath is not set, the paths as defined by the system variables TEMP and TMP will be used. The same rule applies to BufferTempStoragePath.