"You Shall Not Regress!!!" - How SQL Server 2017 prevents plan regressions?

"You Shall Not Regress!!!" - How SQL Server 2017 prevents plan regressions?

First published on MSDN on Apr 25, 2017
SQL plan regression is a case when a T-SQL query that executed fine becomes much slower or uses more resources because the underlying SQL plan changed. SQL Server 2017 would not allow that kind of regressions if you enable new automatic tuning feature on your database.


What is plan regression?

SQL Database engine would produce a SQL plan that contains operators that will execute this query. One SQL plan for this query might look like: 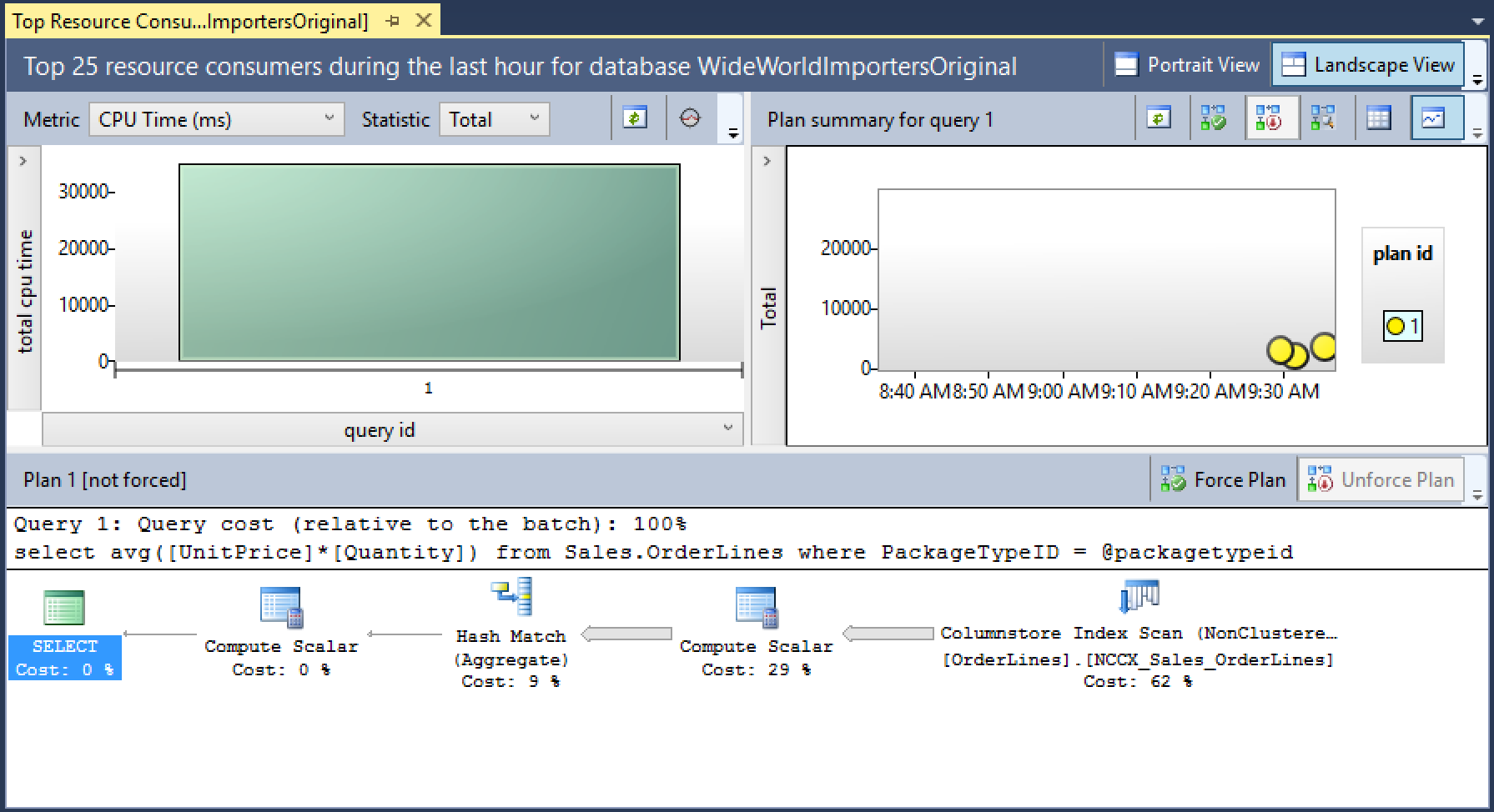 However, there are other SQL plans that can be used to execute this T-SQL query. As an example, SQL Database engine might choose a plan with "Stream Aggregate (Aggregate)" instead of the "Hash Match (Aggregate)".

In the figure below you can see that this plan might have worse performance than the first one: 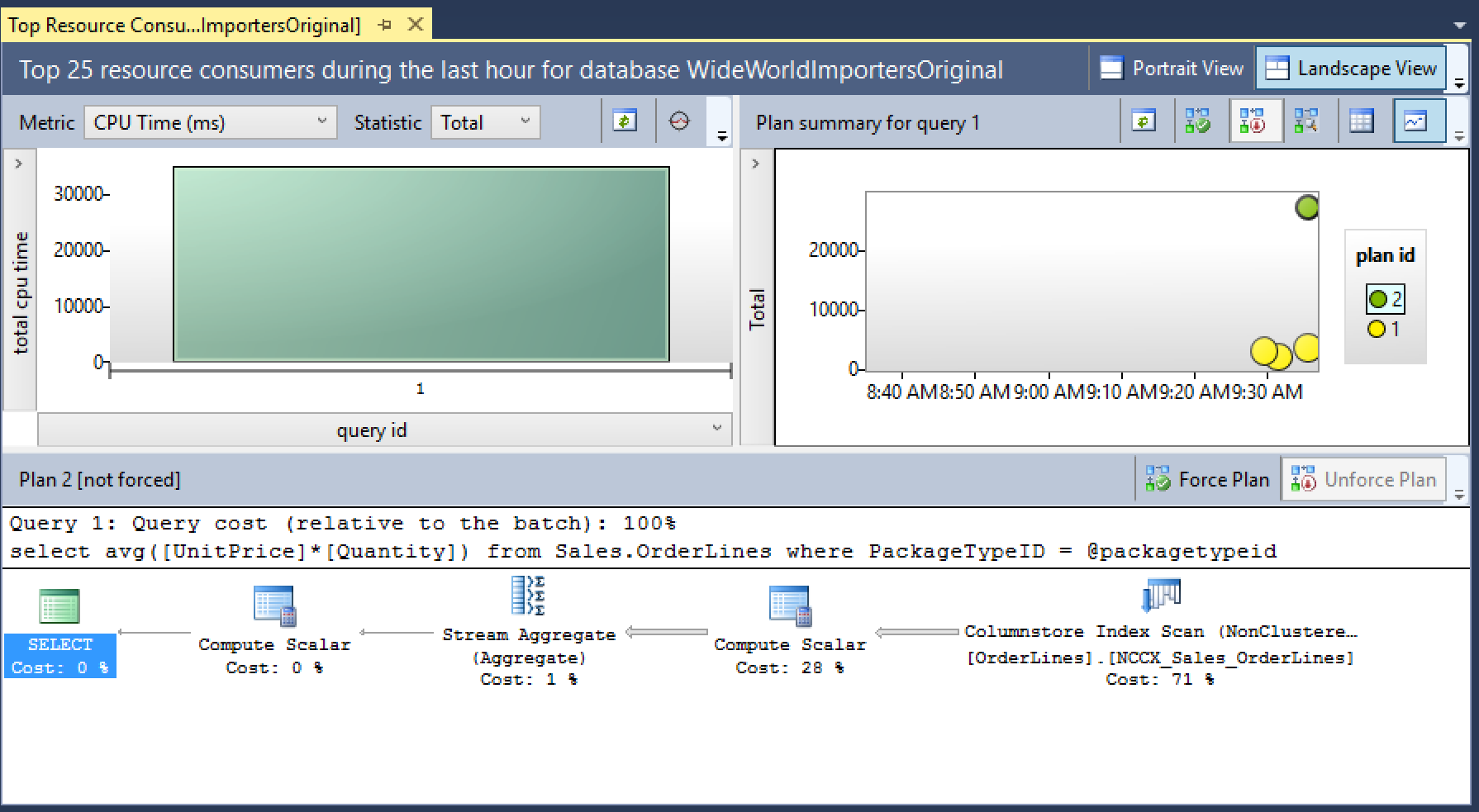 In SQL Server 2016 you need to monitor Query Store views or periodically open Query Store UI in SQL Server Management studio to identify these kind of regressions and manually force plan (1) when you notice this problem.

SQL Database engine will also constantly monitor forced last good plan and check is the plan actually better than the regressed plan. If performance comparison between forced plan and regressed plan don't prove that forcing added some benefits, last good plan will be automatically unforced and Query optimizer will create a new plan. Also, if any event impacts the forced plan (e.g. underlying schema or statistics are changed), SQL Database engine will unforce the plan and let query optimizer to find better plan.

NOTE: Only the plans that are managed by SQL Server database engine are monitored and reverted if they don't bring some significant performance impact. If you manually force the plans, you would need to monitor performance of your queries and decide would you keep them forced. SQL Server 2017 will not revert any explicit user decision to force some plan.


SQL Server 2017 will not allow query plan regression in your workload. New automatic tuning option monitors your queries and forces good plans whenever it finds big difference in CPU time.

This might be huge helper in your databases especially if you have a large number of queries in your workload that you need to monitor.