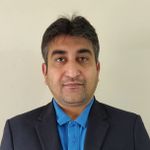 With SQL Server 2017, a new era was heralded with SQL server being available to deploy on Linux (and Linux based container) systems. While all functionality of the SQL Server engine were brought over as is to SQL Server on Linux, some of the functionality which depended on Windows system processes such as distributed transactions (which relies on MSDTC service) were not brought over immediately.