Starting from 1-2 months back, the Polycom Phones deployed were not getting "Firmware Update" from Microsoft Firmware Provisioning servers/systems in the Cloud.

I kept seeing the following error message in the phone's log files.

When an SFB Online user logged into Polycom phones, it's automatically configured with a set of configuration parameters including where to look for to grab Device Firmware Update as below. 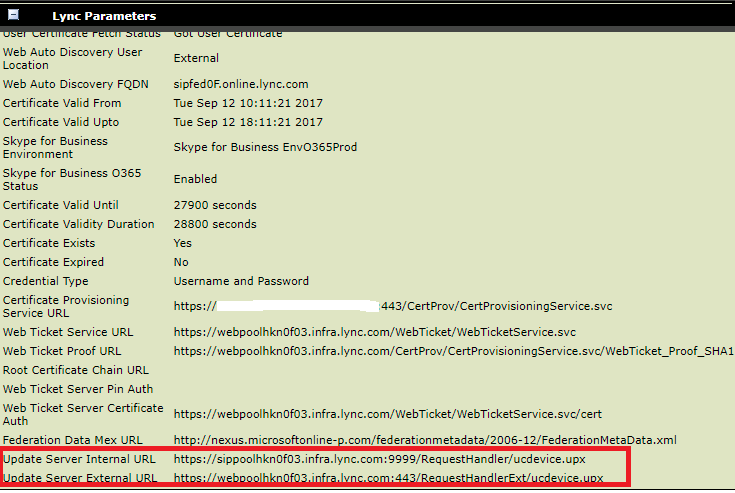 I copied Firmware provisioning server's URL and tried to manually force the firmware update but failed. 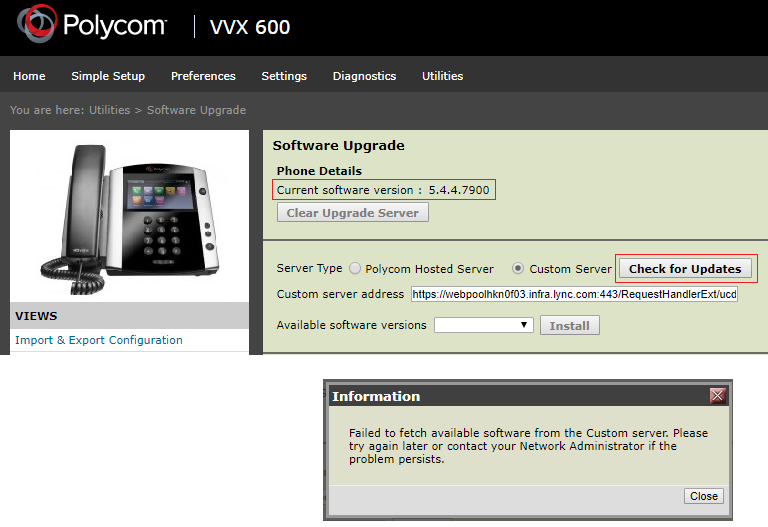 Opened a ticket with Microsoft support, understood that it's working on the reported issue. 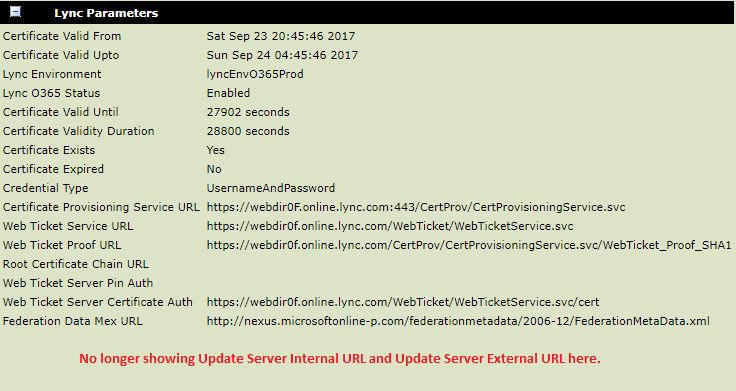 I think Microsoft is actively working on it. Please share if you are seeing Update Server Internal and External URL in your Polycom phones in your regions.