I was working with a customer who had built a custom CQD report for SfB Online to look at WiFi Band usage for various subnets. When they did this they noticed WiFi Band was being populated for subnets that they knew only support wired devices and asked why.

The answer is that on many platforms we collect WiFi Band and other WiFi metrics about the WiFi interface even if the wired connection is used for the call.  Here is an example screenshot: 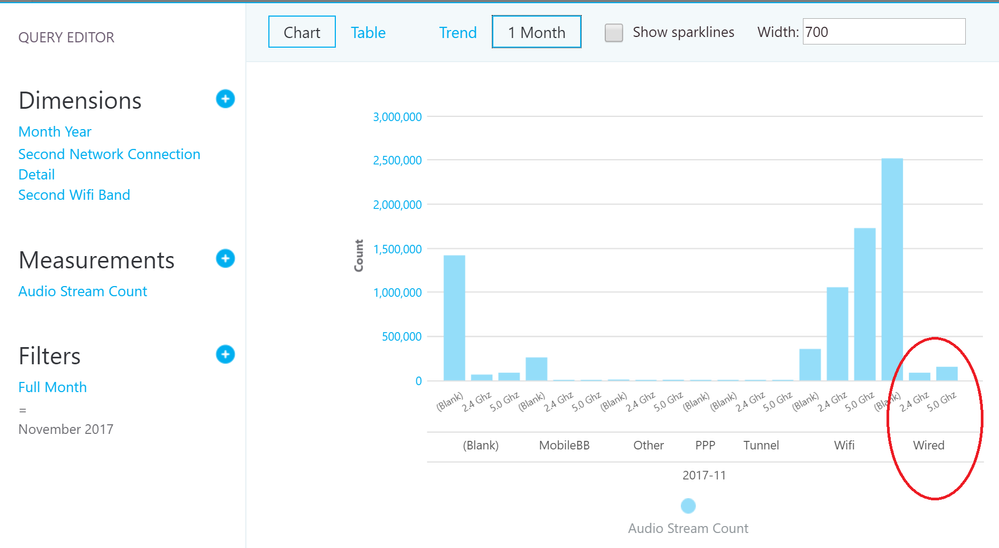 You can see a small percentage of calls on wired network connections also have active wireless network when the call was made.

If you want to filter to only see wired calls, you need to look at the Second Network Connection Detail dimension or filter.