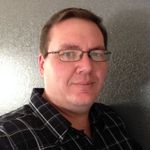 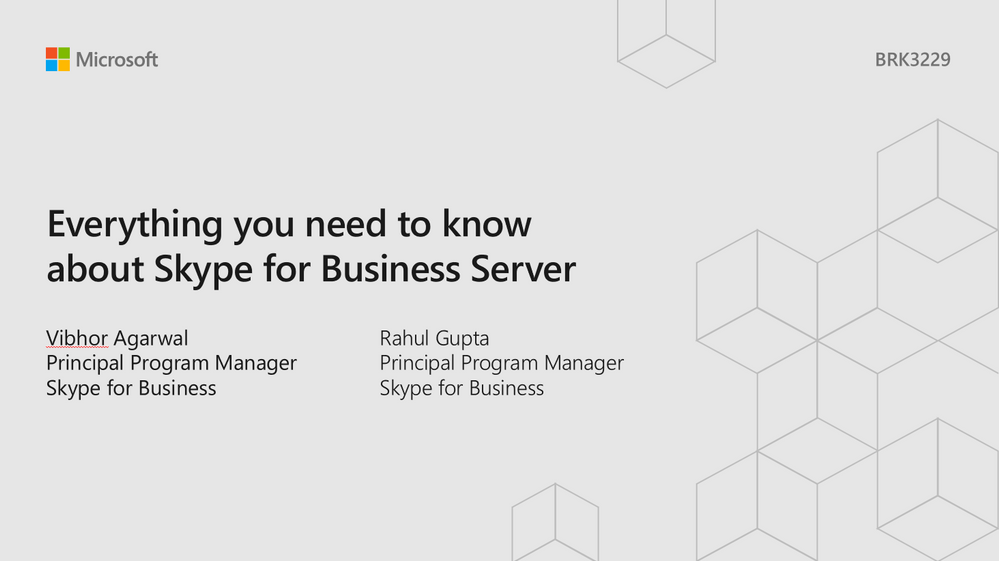 Both Vibhor and Rahul balanced well the messages about Migration to Microsoft Teams for some customers that are ready while simultaneously continuing to make investments in on-premises Skype for Business Server. 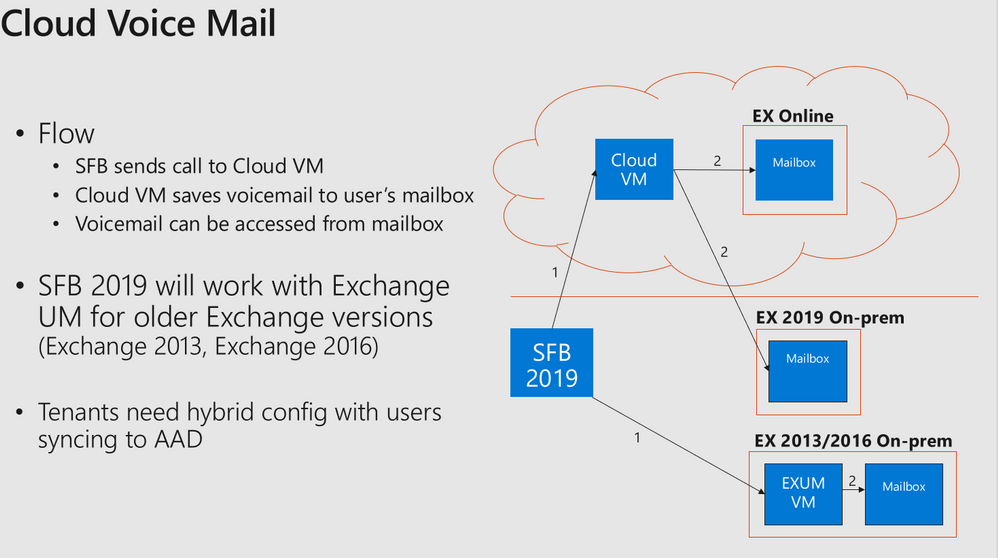 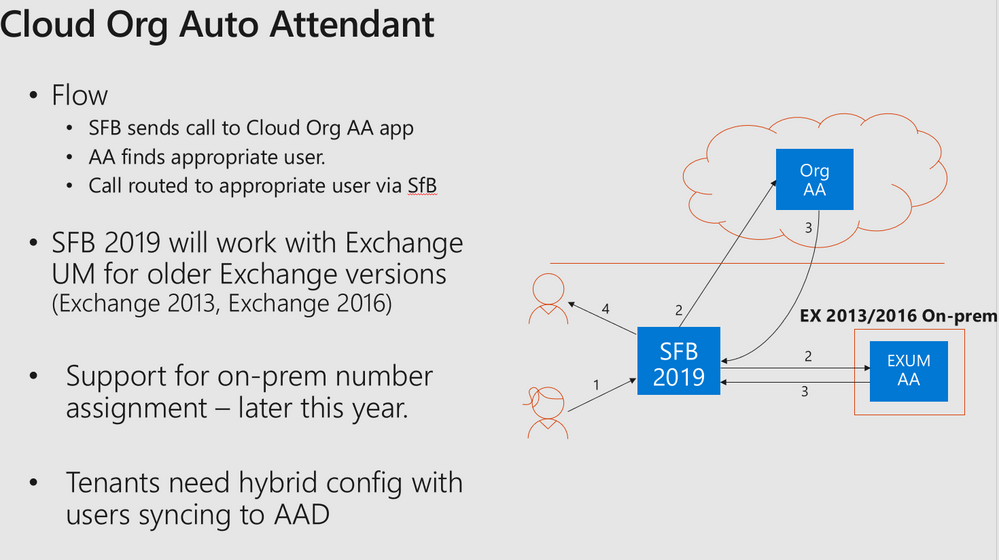 Cloud Call Data Collector
Cloud Call Data Collector is a key new feature that brings together both Skype for Business Server 2019 and Microsoft Teams call data and metrics for a unified view of a customers call quality data. Reports pull together user information from online and on-premises and gives IT Pros and Administrators one place to troubleshoot calling issues especially voice quality.
In order to utilize Call Data Connector, the configuration will need to be set using a new PowerShell cmdlet called "Set-CSCloudCallDataConnector" 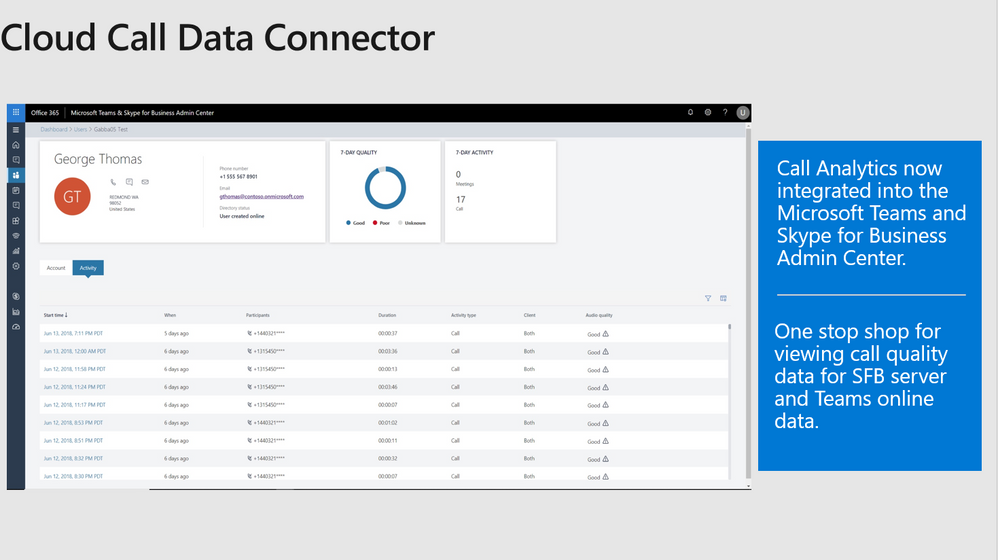 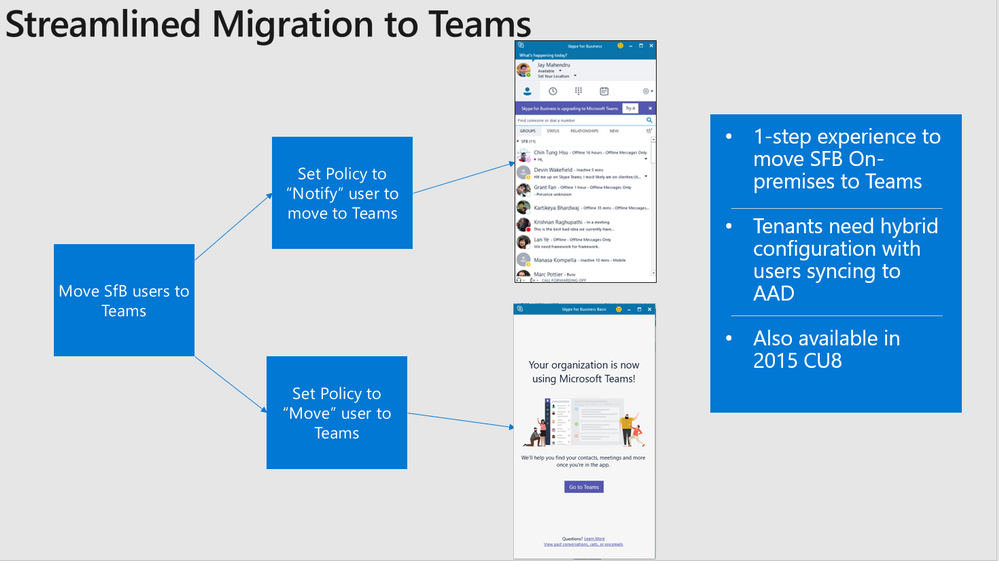 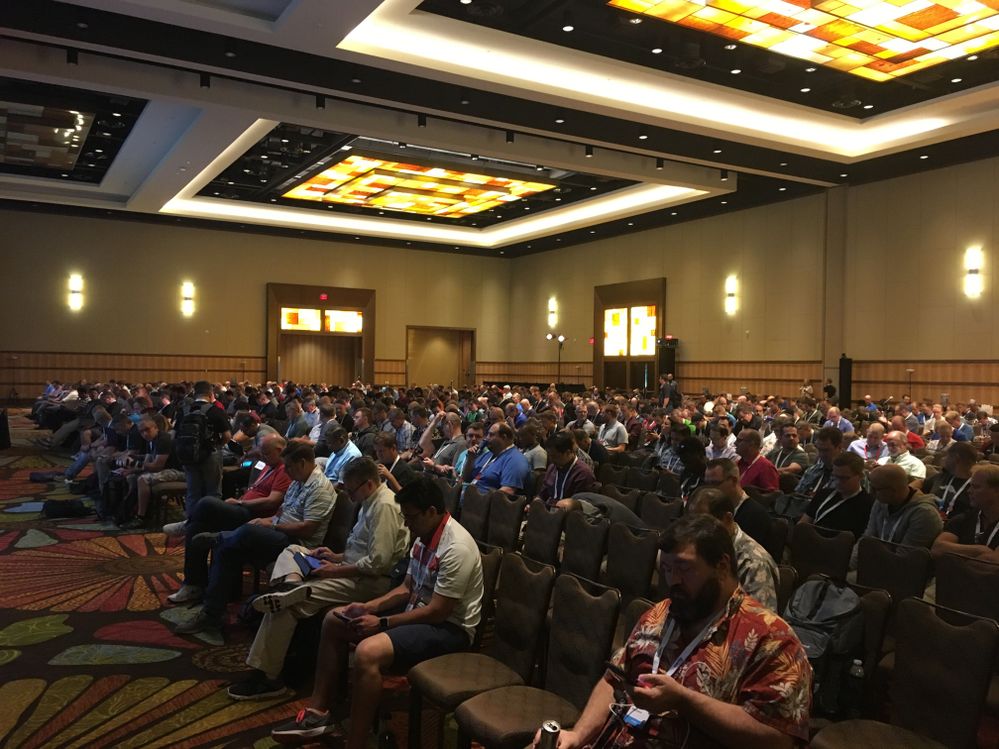 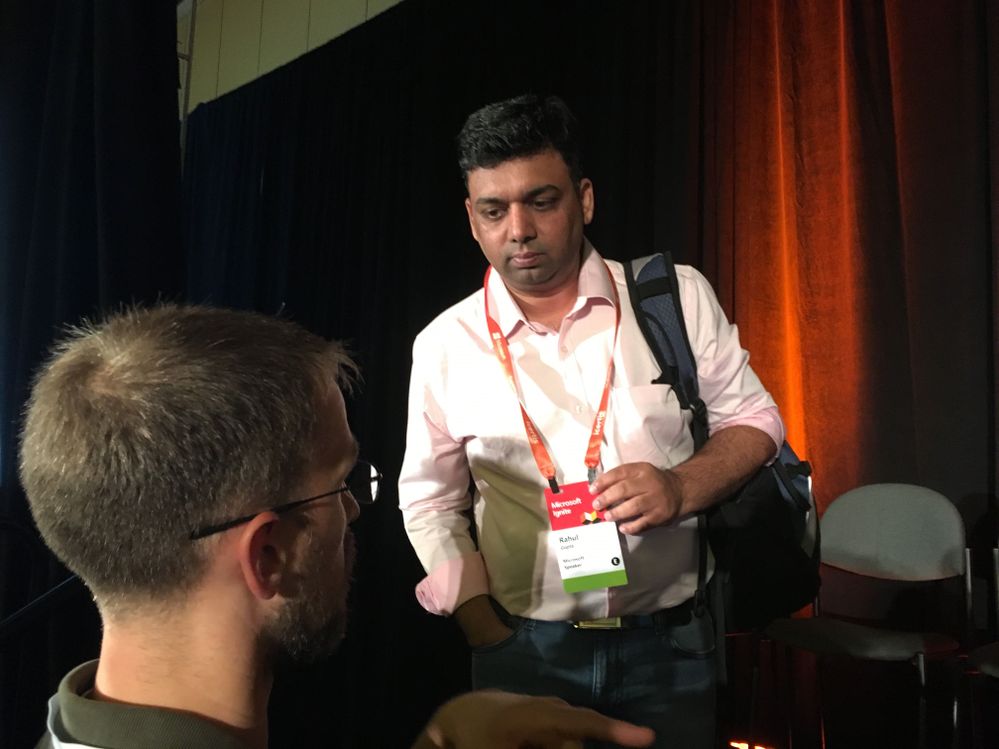 Rahul taking questions after the session has ended 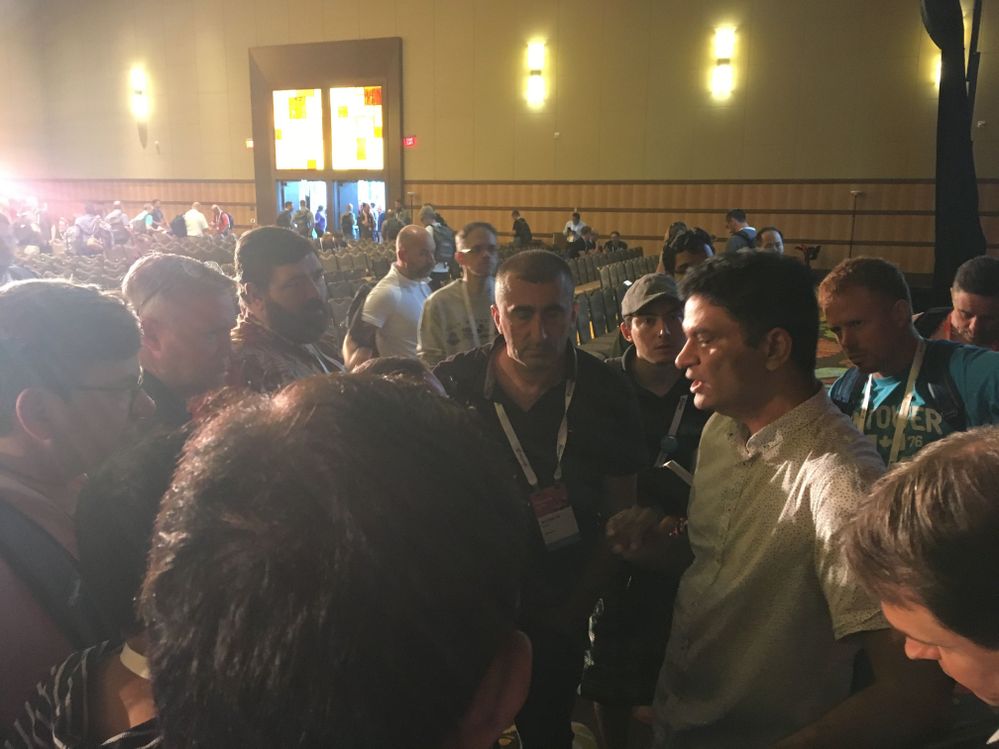 Vibhor addressing questions after the session has ended 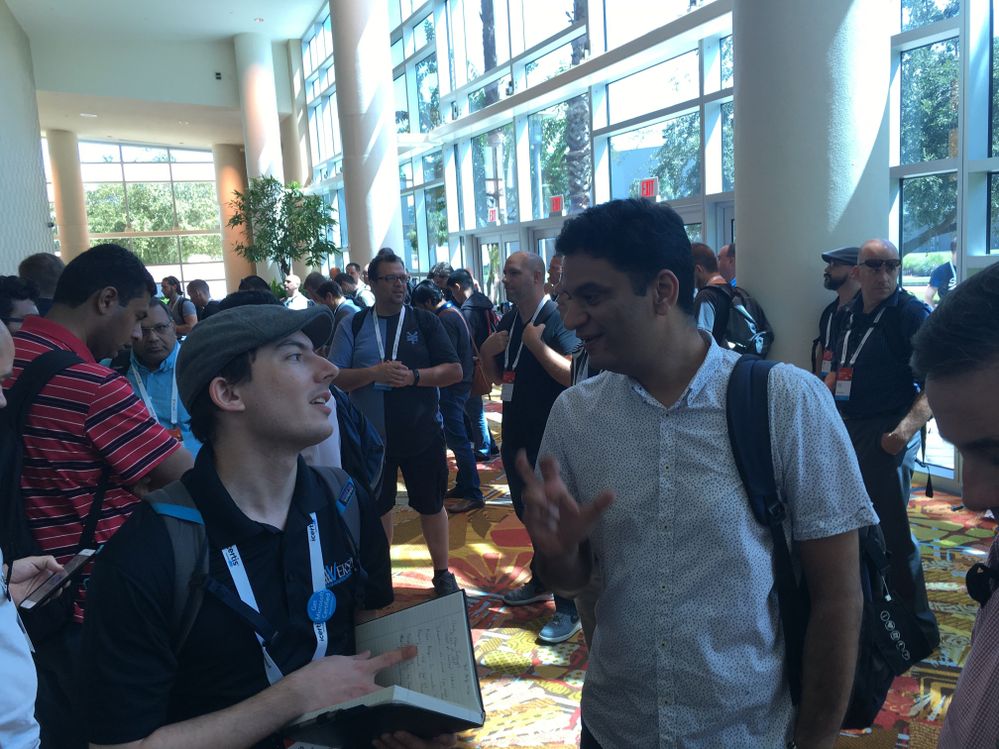