Turn on suggestions
Auto-suggest helps you quickly narrow down your search results by suggesting possible matches as you type.
Showing results for
Show  only  | Search instead for
Did you mean:
LyncMD: Troubleshooting Delegate Permissions Issues in Lync 2010
By


The Microsoft Support Team works around the clock to assist customers in troubleshooting issues with Lync Server. In each article in this new NextHop series, senior Microsoft Support engineers walk you through a real-life support case, giving an insider’s view into the systematic approach they use to troubleshoot the issue. These incidents are picked based on areas seeing top support volume.


Today’s article, the third in the series, comes from our esteemed colleague, Premal Gandhi, who initiated and leads this NextHop series. As a Microsoft Senior Support Program Manager, currently Premal engages with several teams within Microsoft on a biweekly basis and presents cumulative feedback to the Product Team through Lync Red Zone. You will find him interacting with Lync MVPs on monthly MVP calls too. He drives addressing Top Support Issues, which also feeds the Lync Top Solutions site .


Prior to this, Premal was Senior Escalation Engineer for Lync Product, working with customers and product team on critical issues, including but not limited to identifying product improvements through deep code debugging and analysis. He also authored the Lync Diagnostics Packages for Client and Server , available through the Microsoft Fix It Center .


The Microsoft Lync Conferencing workload allows a delegate to schedule a meeting on behalf of a manager. In this article, we explore an inconsistency between Exchange and Lync permissions, which resulted in a support incident in which the delegate was unable to complete this task.


This article addresses a specific problem scenario in detail, but the intention is to provide a general thought process to follow when encountering this and other similar issues.


Part 1: Setting Up the Scenario


For this scenario, we provide a case study of a Microsoft Support incident in which a manager’s admin was unable to successfully schedule a meeting for the manager.


The admin is designated to schedule Lync meetings on behalf of the manager. But he encounters a permissions issue with setting up a meeting and doesn’t know why.


This article introduces the reader to different tools and options to detect the permissions issue and then correct it. The solution is aimed at detecting the issue at the admin level, without disturbing the manager.


To begin this scenario, the manager allows a delegate (in this case, the admin) to manage her Outlook mail and calendar. Here’s the procedure she follows:


To allow a delegate to manage your mail and calendar within... 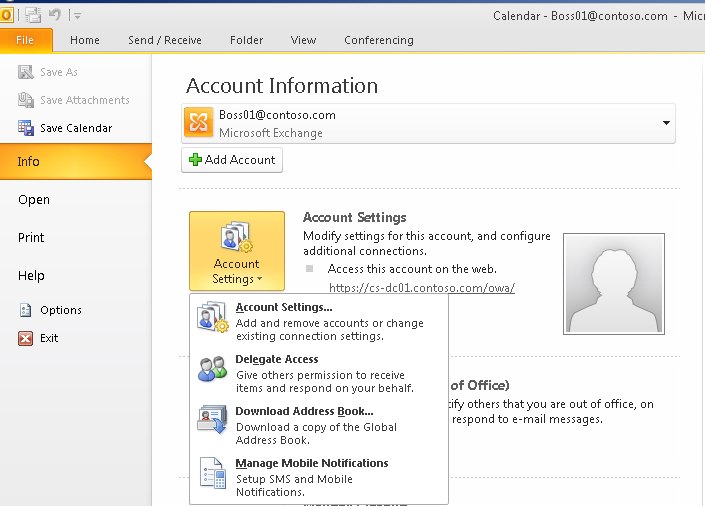 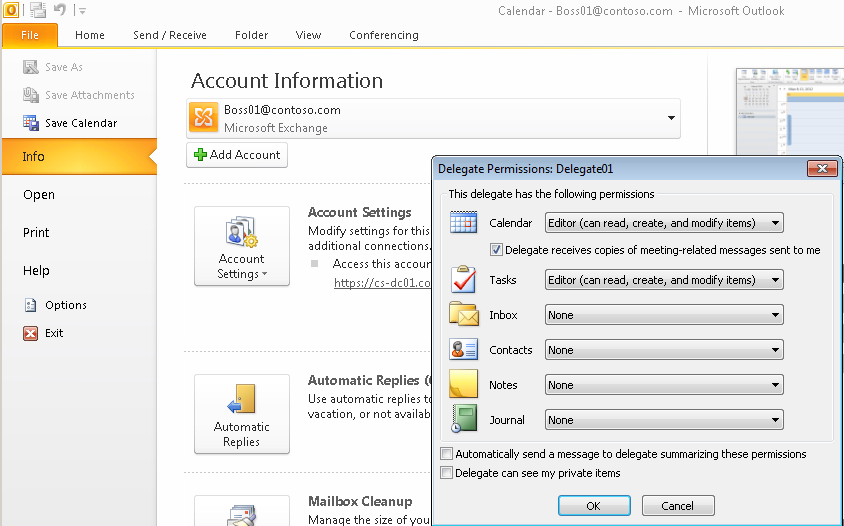 Figure 2. Shows the Default Permissions available for a delegate.


Because her Lync account is Enterprise Voice enabled, the manager also wants to allow her admin to manage her Lync calls. Here’s the procedure she follows:


To allow a delegate to manage your Lync calls


2. Click Edit My Delegate Members , click Add , and then from the Add Contacts drop-down, scroll to and double-click the name of your delegate. The delegate’s name will then appear in the Call Forwarding – Delegates box. 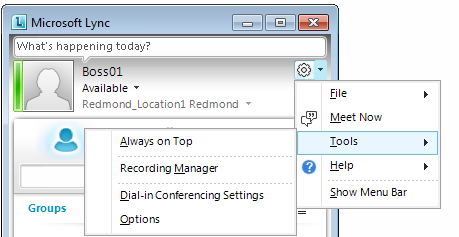 Figure 3. Shows how to access the Call Forwarding settings within Lync 2010.


Now that everything is set up, it’s time for the admin to schedule an online meeting on behalf of the manager. Here’s the procedure he follows:


To schedule an online meeting on behalf of your manager


1. Open Outlook, and from the Calendar tab, select your manager’s Calendar .


2. Select a time, and on the Outlook ribbon, click New Online Meeting .


3. Create a test meeting, and send the invite.


Hopefully, this process goes smoothly and the meeting invite launches as expected. The remainder of this article addresses what to do if the meeting does not launch as expected.


Now the trouble begins. When trying to set up the meeting, the admin receives an unexpected Outlook message, as shown in Figure 4 below. How can this occur? The admin is baffled.

Figure 4. Shows a prompt for permissions, as seen by the delegate when scheduling a meeting for the manager.


As it turns out, the issue is caused by a permissions inconsistency between Exchange and Lync, which in this case was caused by an accidental modification of the delegate’s permissions by the manager. Figure1 and Figure 2 above show the permissions that need to be consistent.


To resolve this issue, the delegate must make sure that the permissions in Exchange and Lync are synchronized, as shown in Figure 1 and Figure 2 above.


Next, the delegate checks the UCCP logs. This is where things get considerably more interesting.


Now the delegate needs to verify the following for the manager only:

Figure 7. Shows the delegates ACL in the manager’s calendar in MFCMapi.


However, sometimes things just aren’t this easy. So if the above investigation does not resolve your issue, complete the following steps and then enlist assistance from Microsoft Support:


1. From the server, collect dbAnalyze information for the manager and delegate, and upload to Support. Here’s how:


b. Locate, install, and run the DBAnalyse tool. To install Dbanalyze.exe, copy it to a local folder and then run the tool. To use the tool, run the following command from the command line.


NOTE: DBAnalyze can be run only from a domain-joined computer that has Lync Server 2010 installed.


2. Upload the output of the above as BossDbAnalyze-<Date-time>.zip and DelegateDbAnalyze<Date-Time>.zip.


3. Collect logs for the Microsoft Lync Support Team to analyze, as follows.


4. Now verify that the issue reproduces, as shown in figure 4. 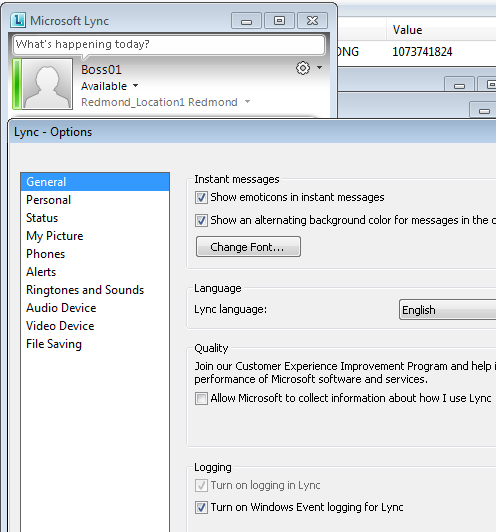 Figure 8. Shows how to verify that logging is turned on. 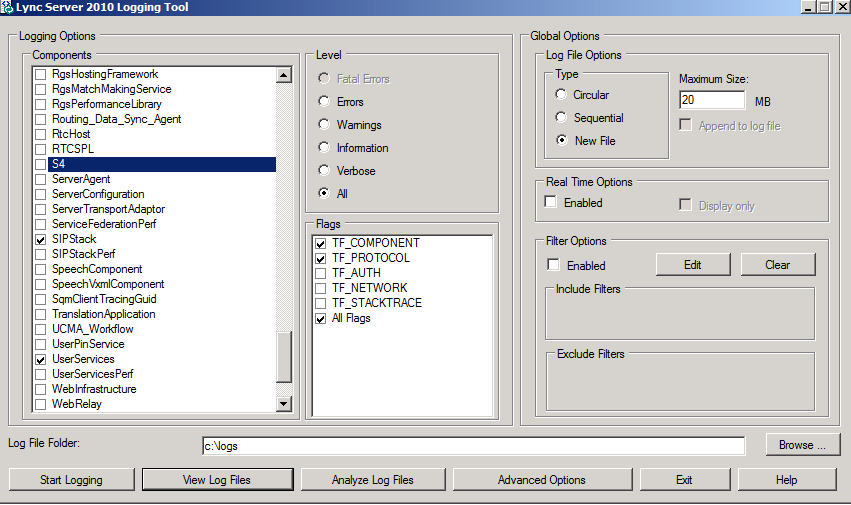 Figure 9. Shows the OCSLogger options to enable and collect logging.

Figure 10. Shows the prompt for permissions seen by the admin when scheduling a meeting for the manager.


5. Collect the output of MrMapi from the manager, as follows:


c. In the command prompt, type whoami , and then press enter to make sure you have the desired user.


6. Upload these logs as BossCalendarACLs.txt.


You are now prepared to enlist Microsoft Support in troubleshooting your issue.


In this article, you got a glimpse of how Microsoft Support engineers systematically troubleshoot real-life support cases. It is our hope that following these same processes yourself will assist you in troubleshooting this and other similar issues. If you do get stuck, however, the information you gathered in completing the above process will help Microsoft Support efficiently resolve your issue.