Since a few days ago, I noticed that new documents placed in an existing library would open as Read Only em MS Word desktop app. Also, Word would have the yellow bar stating Loading Blocked, and requesting the doc to be saved to a new file. The same would not happen in Word web app.

After some investigation, I believe the issue is linked with the library option "Content Approval" being set to yes. Turning it off makes the issue disappear.

The library settings were not changed in a while, and this library has been used for at least one year already and, as I said, the issue started a few days (maybe one week) ago. We require Content Approval since we control current/under revision versions of each document.

I'm posting a screenshot of the library settings, if that helps. 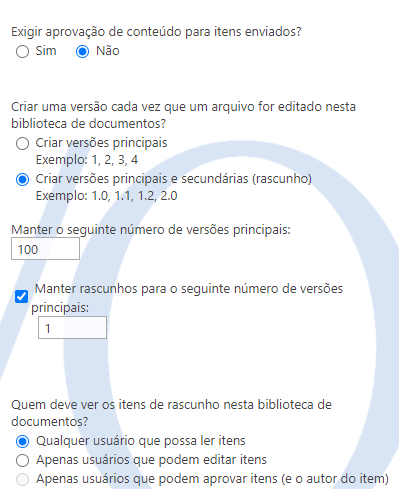 Thanks for any advice.